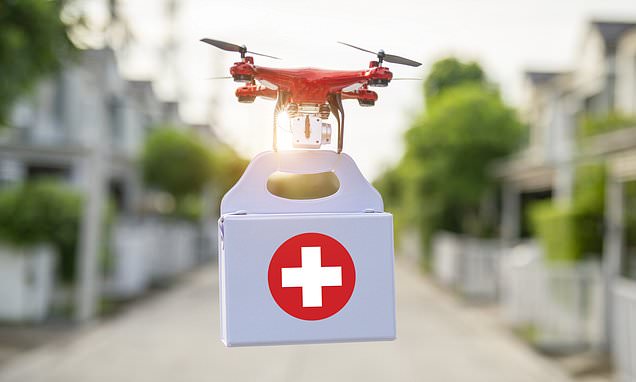 How drones delivering defibrillators could save lives in Britain: Heart attack victim in Sweden is saved by airborne defibrillator that arrived in just three minutes

Earlier this year, a 71-year-old man in the Swedish city of Trollhattan was shovelling snow outside his house when he suffered a cardiac arrest — his heart suddenly stopped beating.

A passing doctor rushed to help and began performing cardiopulmonary resuscitation (CPR) to keep blood and oxygen flowing to his brain and other vital organs, while a bystander called for an ambulance.

It was a race against time. With no pulse, the man’s heart needed to be shocked back into life using a defibrillator. 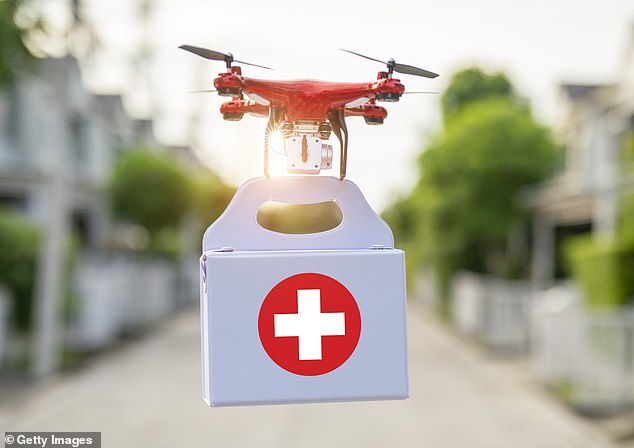 The drone took just three minutes to arrive, reaching the patient well ahead of paramedics. A stock image is used above

Statistics show that for every minute that passes without defibrillation, a cardiac arrest victim’s chances of survival drop by ten per cent.

But before paramedics reached the scene, there was another arrival — a flying drone carrying a defibrillator.

The remote-controlled device had been sent by an emergency services base a few miles away, as part of a trial to see if using the flying machines to rush defibrillators to the scene of a cardiac arrest can improve survival rates.

The drone took just three minutes to arrive, reaching the patient well ahead of paramedics. It had been able to fly a direct route, avoiding the city’s congested roads and saving vital minutes.

The doctor used the defibrillator to restart the man’s heart, and the patient went on to make a full recovery.

It was one of the first examples of how drone technology — already used in film-making, wildlife monitoring, military reconnaissance and missile attacks — could transform some aspects of modern healthcare.

Drones usually run on batteries or solar power. They can hit speeds of up to 60mph and cover several miles before needing to be recharged. Some are flown remotely by trained ‘pilots’, while others come with satnav technology which means they can reach their destination after a postcode is punched in.

In 2019, doctors in Baltimore, U.S., used a specially adapted drone to deliver a donor kidney across the city from one hospital to another, where a patient was waiting for a transplant.

The machine carried the kidney in a cooler box to keep it at the right temperature, and was equipped with a parachute to prevent the organ being damaged in case it ran out of power. 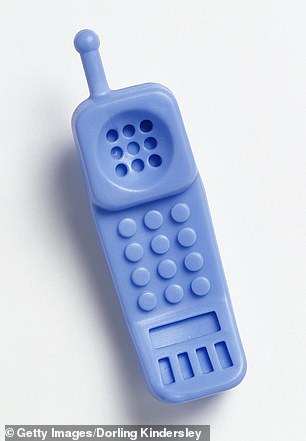 A passing doctor rushed to help and began performing cardiopulmonary resuscitation (CPR) to keep blood and oxygen flowing to his brain and other vital organs, while a bystander called for an ambulance

It completed the three-mile trip in minutes. In organ donation, it’s vital that a transplant occurs as soon as possible to improve the chance of success.

Now, several initiatives are under way in the UK to see if the use of drones can save more lives, deliver cancer drugs and improve Covid testing. One involves the Welsh Ambulance Services NHS Trust, which has been working with drone manufacturers and specialists on an initiative that is similar to the Swedish project.

The team have equipped commercially available drones with automated external defibrillators (AEDs). These self-powered machines guide an untrained person — using pre-recorded verbal instructions — through the process of carrying out defibrillation on somebody who has no pulse.

Every year, around 30,000 people in the UK have a cardiac arrest — the majority at home or in public places. The arrests occur when problems with electrical signals in the heart stop it beating properly and pumping blood around the body.

Thousands of AEDs are located in shopping centres, offices, schools and airports for emergency use by passers-by. When a bystander calls 999, the controller is usually able to tell them where the nearest AED is situated.

But it is estimated that public AEDs are only used in a fraction of the cardiac arrests which happen outside hospital, often because they are locked away somewhere inaccessible or they are too far away to be useful.

Meanwhile, average ambulance waiting times in England for the victims of heart attacks and strokes have risen to 70 minutes or more — more than four times the 18-minute target — due to overstretched services and Covid-related staff shortages.

Welsh researchers carried out six dummy flights, covering a total distance of nearly 60 miles. Drones flew to their destination and dropped a defibrillator attached to a parachute to be used in a simulated emergency exercise.

The results of the project, published in the journal PLoS One, showed drones could be used effectively — with one three- mile dash taking less than three minutes.

Dr Nigel Rees, head of research and innovation at the Welsh Ambulance Services NHS Trust, said: ‘This has the potential to save more lives from cardiac arrests. The survival rate among cardiac arrests that happen out of hospital is only about 8 per cent.

‘Drones won’t replace defibrillators in public places but will be a valuable add-on.’

The team have now applied for further research funding to explore the practicalities of how a drone rescue service might work.

Professor Martin Cowie, a consultant cardiologist at the Royal Brompton and Harefield NHS Foundation Trust in London, said: ‘Using drones this way is a great idea because, although community defibrillators have made some difference, you can’t possibly have one on every street corner or in every remote area.

‘This isn’t just about saving someone’s life. It’s also about saving it in a meaningful way so that they not only survive but come out of it without any brain damage, too. If it’s possible to get a drone on-site with a defibrillator in just three to four minutes, that could make a big difference.’

In 2020, the Government announced £33 million funding for research into drone and aviation technologies to be used in areas including healthcare.

Several of the projects it approved involved the use of drones to help tackle Covid. One initiative already under way in Essex has been trialling the use of drones to deliver Covid blood and swab tests between hospitals and labs to limit human contact and speed up processing.

Another scheme in Cornwall has been deploying drones to deliver Covid test kits and personal protective equipment (PPE) to rural communities in the county and the Isles of Scilly.

But these have to be transported by road to Portsmouth then ferried across to the Isle of Wight and taken by taxi to St Mary’s Hospital in Newport. This four-hour journey can be even longer if there are disruptions to ferry services.

Chemotherapy drugs have a relatively short shelf-life and can go to waste if they’re not used in time. The drone trial could slash the travel time to just 30 minutes, minimising treatment delays. The trial results are due in the next few months,

But there is one major stumbling block to widespread drone usage in healthcare. UK legislation stipulates that a drone can only be flown where the pilot can see it — in most cases no more than a few hundred yards.

This is to prevent accidents where drones end up in the path of aircraft or cause injury to people in the area.

But it rules out the routine use of drones to drop defibrillators to cardiac-arrest victims who may be several miles away.

Trials deploying drones in this way were given special permission by the Civil Aviation Authority to fly them in airspace corridors where there was little or no risk of collision.

Drone manufacturers are working on software which will allow the machines to communicate safely with other air traffic to avoid accidents.

Professor Cowie said: ‘We may need new legislation to change the rules on drones having to remain in sight when they are being used for medical purposes.’