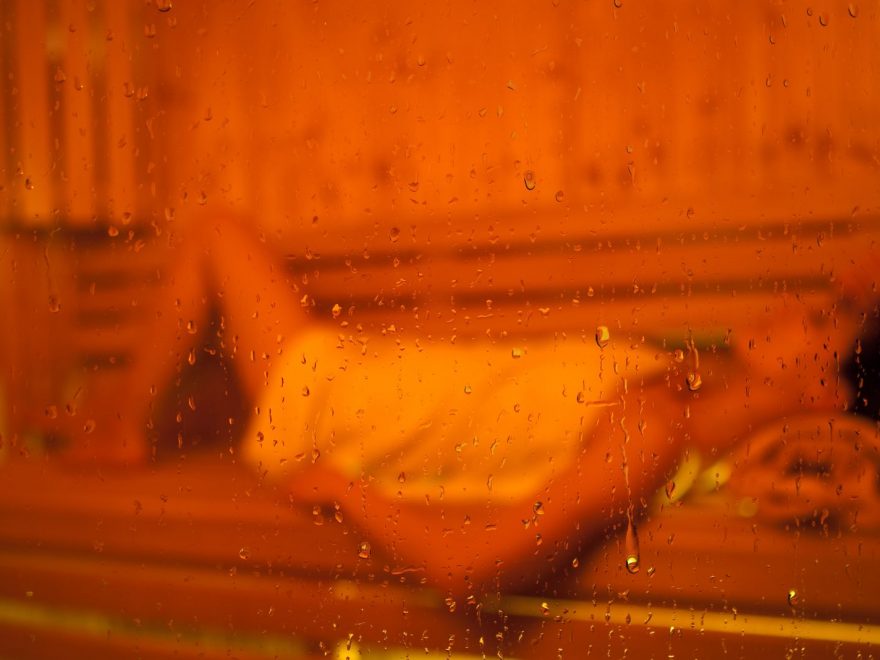 Being too hot is miserable: the sweating, the red face, the feeling like your skin might either melt or dry up any second. So, why are saunas and steam rooms a thing?

It turns out, saunas and steam rooms might have some legit health benefits, says Dr. Chiti Parikh, co-director of the integrative health and wellbeing program at New York Presbyterian Weill Cornell Medical Center.

But what’s the difference between the two—and how do you choose the one that’s best for you?

All right, what’s a sauna?

Saunas use a dry heat. They’re typically heated between 180 and 195°F with very low humidity, heated by wood, gas, electric, or infrared technology (a.k.a., using light to create heat). “It’s like sitting in an oven,” says Dr. Parikh. That’s why people often pour water over heated rocks in a sauna room—it creates steam for a little bit of humidity, she says.

But people find the benefits worth it. According to Dr. Parikh, people can see improved blood circulation and cardiovascular health. She also cites research that shows people who regularly use a sauna (at least four times a week for 20 minutes) have a significantly lower risk of heart attack, stroke, and dementia.

Sitting in a sauna is almost like walking on a treadmill at a regular pace, says Dr. Parikh. Because of the heat, your heart has to pump harder to circulate your blood, which means you’re getting some cardio benefits even though all you’re doing is sitting in the heat. (Keep in mind, though, it’s still no replacement for exercise, which has tons of other body-benefits.) People also use saunas to lessen pain and stiffness (which is why many people choose to hit up the sauna after a hard workout) and to gain more energy and improve their mood, she adds.

As far as risks go, you’re mainly looking at dehydration and dizziness from the heat, says Dr. Parikh. So it’s important to make sure you’re well-hydrated before and after your sauna session. You’ll also want to skip the sauna if you’ve recently had a heart attack or any other cardiovascular issues since it increases your heart rate, adds Dr. Parikh.

So, what’s a steam room?

Steam rooms have all the same health benefits (and risks) as saunas, because the effects of heat are the same whether it’s a dry heat or a moist heat, says Dr. Parikh. This means you’ll still get some cardio benefits, along with lessened pain and stiffness.

But don’t get your hopes up in the weight loss department. Any actual pounds dropped will be water weight, you know, because of sweat—and that goes for both the sauna and the steam room.

There is, however, one extra benefit to steam rooms for anyone who has respiratory problems like asthma or allergies. “Medications for these kinds of respiratory problems might dry out your breathing passages,” says Dr. Parikh. “Steam will moisturize and open the lungs a little more and hydrate the respiratory tract.”

Should I choose a sauna or a steam room?

Again, if you have respiratory issues, it’s best to stick to steam rooms in order to keep your respiratory tract hydrated (a sauna might dry it out even more), according to Dr. Parikh. Otherwise, it’s all about personal preference.

No matter which you choose, Dr. Parikh suggests starting low and slow. The lower you sit in the sauna or steam room (i.e., the closer to the floor), the less intense the heat will be because heat rises. While it’s best for your health to use a sauna or steam room regularly (several times a week, if you can), maybe start with one trip to the spa for no longer than five or 10 minutes at most to see how well you can handle it, then add on from there.

The bottom line: Saunas and steam rooms offer many of the same benefits (and risks), so it’s all about personal preference and finding out which one works best for you.