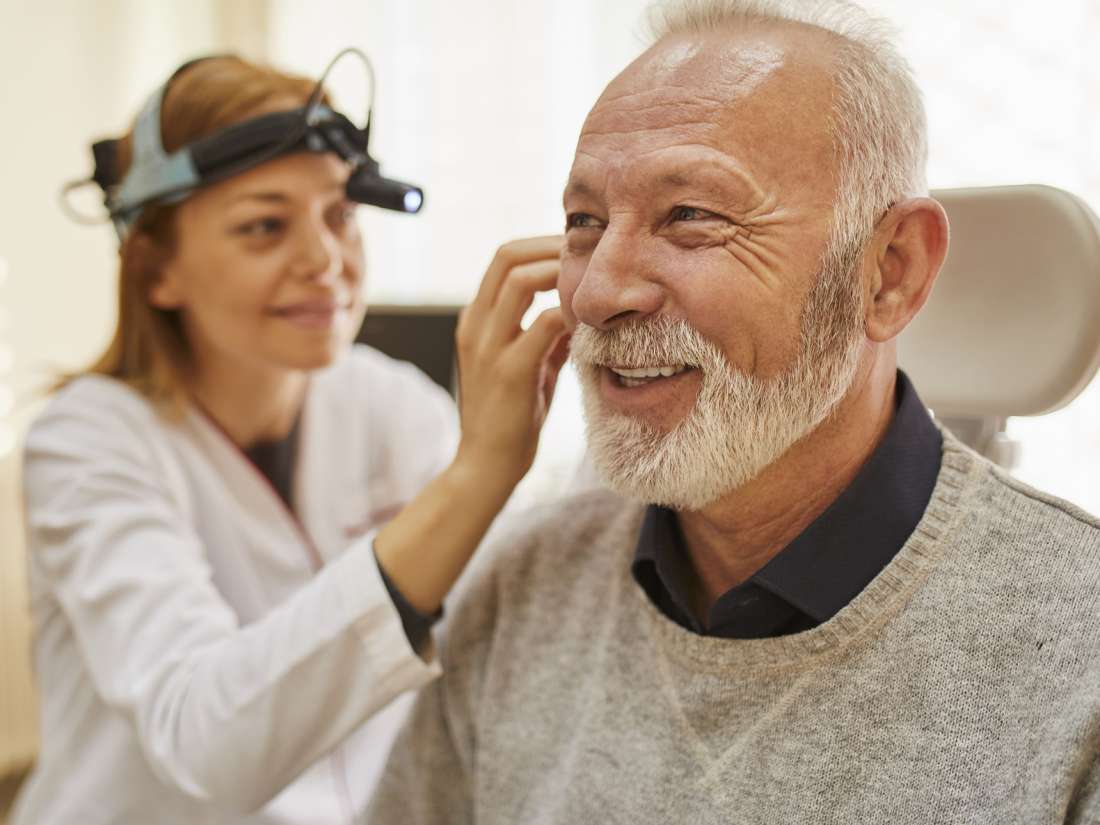 After analyzing 8 years of data from a health study of more than 10,000 men, scientists at Brigham and Women’s Hospital and Harvard Medical School, both in Boston, MA, found that hearing loss is tied to an appreciably higher risk of subjective cognitive decline.

In addition, the analysis revealed that the size of the risk went up in line with the severity of hearing loss.

The risk of subjective cognitive decline was 30 percent higher among men with mild hearing loss, compared with those with no hearing loss.

For men with moderate or severe hearing loss, the risk of subjective cognitive decline was between 42 and 54 percent higher.

Subjective cognitive decline refers to changes in memory and thinking that people notice in themselves. Such changes can be an early indication of cognitive decline that objective performance tests do not pick up on.

“Our findings,” says lead study author Dr. Sharon Curhan, who works as a physician and epidemiologist, “show that hearing loss is associated with new onset of subjective cognitive concerns which may be indicative of early-stage changes in cognition.”

They could also “help identify individuals at greater risk of cognitive decline,” she adds.

The World Health Organization (WHO) have identified dementia as a

Today, there are around 50 million people living with dementia worldwide, and this figure is set to rise to 75 million by 2030.

There are currently no effective treatments that prevent or reverse the course of the disease.

However, early diagnosis can do much to improve the quality of life for people with dementia and those who care for them.

Identifying early decline in memory and thinking capacity could also help develop treatments that are more effective than those that target later stages of dementia, note the authors.

They go on to explain that subjective cognitive decline, that is, the changes in memory and thinking skills that people notice in themselves, can indicate “subtle features” of cognitive decline that do not show up in objective tests of performance.

This is borne out by imaging studies that have linked subjective cognitive function to brain changes that precede dementia.

Such findings support the notion that subjective cognitive function lies on a spectrum that includes mild cognitive impairment and predementia.

In the United States, a national survey has estimated that around 23 percent of those aged 12 or older have some level of hearing loss.

The majority of individuals affected have mild hearing loss. However, in those aged 80 or older, moderate loss is more common than mild loss.

Hearing loss and cognitive decline have some features in common. Their causes involve several factors and, in many cases, both get worse over time.

Dr. Curhan and colleagues remark that these common features likely point to a buildup of “auditory and neurodegenerative damage” over the lifespan.

For their investigation, they analyzed data from the Health Professionals Follow-Up Study (HPFS).

The HPFS recruited 51,529 men from health professions who were aged between 40 and 75 years when the study began in 1986. Their professions ranged from podiatry and dentistry to veterinary medicine and optometry.

Following enrolment, the men completed questionnaires about lifestyle, medication use, diet, and medical history every 2 years.

In 2006, over 28,000 of the men responded to a question about their hearing. Of these, nearly 26,000 completed regular six-item questionnaires that included items about subjective cognitive function.

From this cohort, the researchers extracted data on just over 10,000 men who met the criteria for their analysis. They left out, for example, men who did not complete all the follow-up questionnaires on subjective cognitive function.

They also excluded men with severe diseases such as Parkinson’s or stroke, as either the condition or the medication could influence the results.

The team defined subjective cognitive decline as the appearance, during the follow-up, of at least one new concern.

When they analyzed the data, the researchers found that, compared with participants who reported no hearing loss in 2006:

Further analysis revealed that participants with severe hearing loss who did use hearing aids had a lower, 37 percent, risk of subsequent subjective cognitive decline.

However, the authors point out that this result was not statistically significant. This could mean that the size of the effect is only slight, or that the numbers were too low to give the statistical analysis sufficient power.

The team plans to continue the study in more diverse groups using other tools and measures.

Dr. Curhan says that it is still not clear whether there is a causal link between hearing loss and cognitive decline.

“We plan to conduct further longitudinal studies of the relation of hearing loss and cognition in women and in younger populations, which will be informative.”