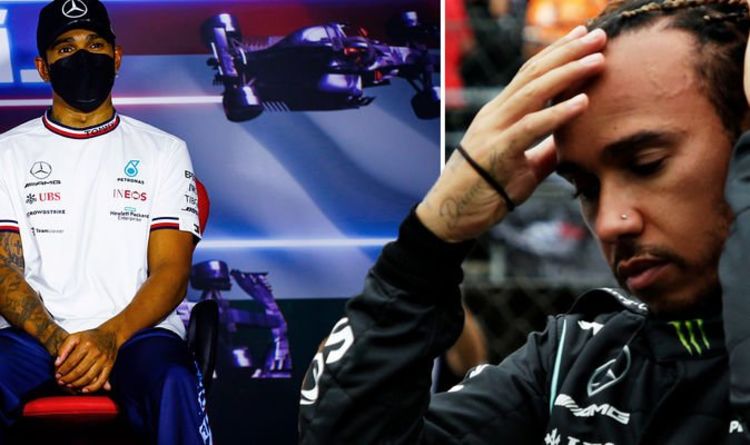 After a dramatic race, Lewis Hamilton blasted his way to third place in the Hungarian Grand Prix. The F1 champ’s battle was not over at the finish line, however. Hamilton appeared to be struggling with the effects of long Covid on the podium.

The F1 great tested positive for coronavirus last November and it has complained about the long term effects since.

His struggle appeared to be on show at the end of the race, while clambering onto the podium.

Hamilton complained of extreme fatigue and dizziness and required help onto the podium.

After concerns about his health were raised, he opened up about his experience with Covid.

Hamilton said: “I haven’t spoken to anyone about long Covid but I think it is lingering there.

“I remember the effects of when I had it and training has been different since then. The level of fatigue that you get is different and it’s a real challenge.”

The star continued: “I’m trying to keep training and preparing as best I can. Who knows what it was today? Maybe dehydration. I don’t know but it was definitely different.

“I had something similar at Silverstone but this was way worse. I was having real dizziness and everything got a bit blurry on the podium.”

He added: “I have been fighting all year with staying healthy because of what happened at the end of last year but still it’s a battle.”

Mercedes team principal Toto Wolff confirmed Hamilton had been sent to the team doctor at the end of the race as a precaution, after he seemed on the brink of collapse.

“I think you can just relate to it with the heat out there and a race like he had with tons of overtaking,” Wolff said.

“That is exhausting. I think he should be alright, but it is better to be safe than sorry.”