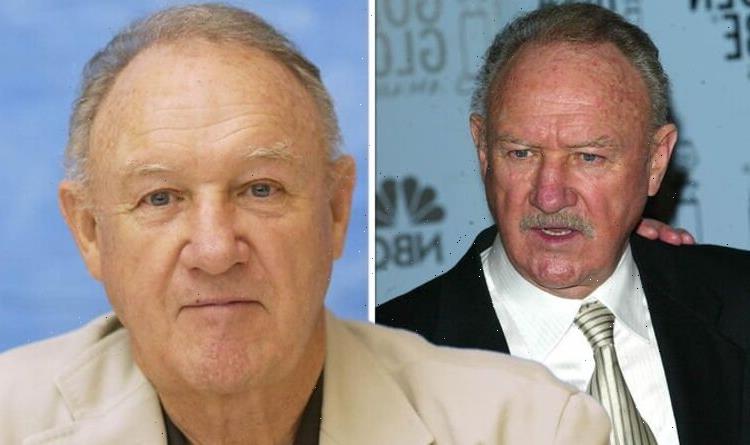 Morning Live: Will Kirk opens up on how he deals with stress

Now aged 92, Hackman is one of the oldest Hollywood actors of his generation still alive, but back in 2004, the star decided to step away from the limelight after being advised by doctors that his heart was in no fit condition to deal with the stresses of the industry. Since then, the star has been living a “stress-free” life with his wife pianist Betsy Arakawa in their New Mexico home, where the star has pursued other passions including cycling and gardening.

Back in 2004, Hackman drifted from Hollywood without any major announcement. In a brief statement he said: “I haven’t held a press conference to announce my retirement, but yes, I’m not going to act any longer.

“I miss the actual acting part of it, as it’s what I did for almost 60 years, and I really loved that. But the business for me is very stressful.”

Then in a 2009 interview, The French Connection actor revealed more, saying: “The straw that broke the camel’s back was actually a stress test that I took in New York.

“The doctor advised me that my heart wasn’t in the kind of shape that I should be putting it under any stress.”

Although he was no longer a part of the acting industry, Hackman revealed that he passed the time by watching “DVDs that [his] wife rents,” he continued to say: “We like simple stories that some of the little low-budget films manage to produce.”

In addition, the actor also enjoys fishing and painting, something he has done for many years and has managed to become quite proficient at too.

One of his most successful ventures since retirement is writing. With five books to his name – one of which was published whilst Hackman was still acting and the other four published after 2004 – the actor called the process “relaxing”.

He added: “I don’t picture myself as a great writer, but I really enjoy the process, especially on this book. We had to do a great deal of research on it to get some of the facts right, and it is stressful to some degree, but it’s a different kind of stress.

“It’s one you can kind of manage, because you’re sitting there by yourself, as opposed to having ninety people sitting around waiting for you to entertain them!”

With different and more manageable stresses in his life to focus on, back in 2020, an exclusive source reportedly gave Closer magazine an update about the star’s health. They said: “His health is good, he still bicycles, does yard work and he’s a great handyman.

“After all the drama of Gene’s career, he loves the peaceful life he shares with the lovely Betsy.”

According to the American Psychological Association, our bodies can handle stress in small doses, but when it becomes long-term or chronic it can have serious effects on your body. At first symptoms of stress may not be easy to recognise, but it may cause physical, mental and behavioural symptoms.

One of the systems in the body that can be affected by stress is the respiratory system, which supplies oxygen to cells and removes carbon dioxide. Stress and strong emotions can present with respiratory symptoms, such as shortness of breath and rapid breathing, as the airway between the nose and the lungs constricts.

For those with respiratory diseases, such as asthma or chronic obstructive pulmonary disease (COPD), this can cause severe problems. In addition, rapid breathing – or hyperventilation – caused by stress can bring on a panic attack in someone prone to panic disorder.

Chronic stress, or a constant stress experienced over a prolonged period of time, can also contribute to long-term problems for heart and blood vessels within the cardiovascular system. In the short-term when stress strikes, an individual’s heart rate increases and stress hormones such as adrenaline, noradrenaline and cortisol also rise, acting as messengers for these effects.

For those with chronic stress, the consistent and ongoing increase in heart rate, and the elevated levels of stress hormones and of blood pressure, can take a toll on the body. This can increase the risk for potentially life-threatening conditions such as hypertension, heart attack, or stroke.

Other ways that stress can affect health include:

With various damaging and slightly dangerous health effects that can occur on and in the body due to stress, it is important that individuals learn how to cope and manage their condition.

Although not every method will work for everyone, the National Institute of Mental Health (NIH) explains that it is important to “trial and error” what might work for them and what doesn’t. Some of the main stress-coping mechanisms to try include:

For those who need additional support, the NHS recommends contacting Samaritans, who you can talk to confidentially on 116 123 or email: [email protected]