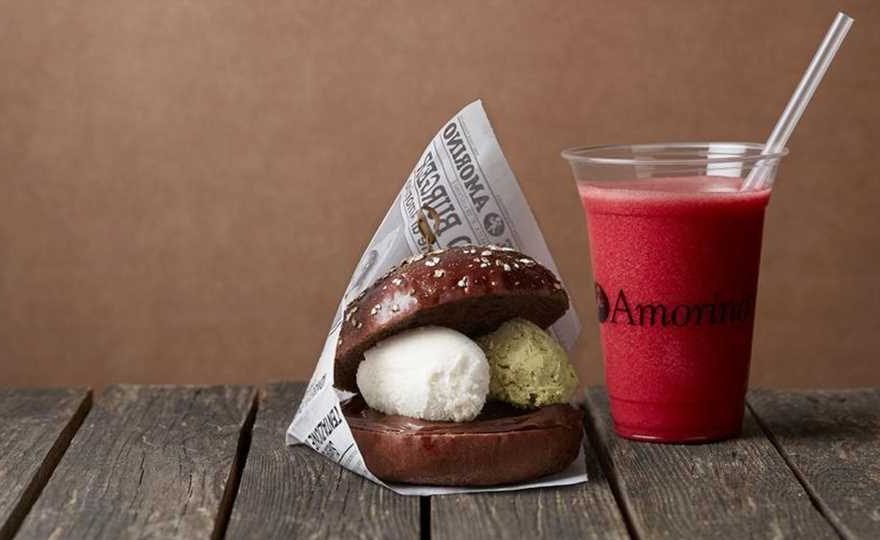 We love gelato as much as the next person. We also love burgers. But gelato burgers? One New York restaurant is offering just that, but don’t let the name fool you: This otherwise odd and off-putting food mashup has no beef patty or traditional burger bun in sight. Instead, it’s a sweet treat that might actually convince you to fly to the east coast to try.

Popular Italian gelato chain Amorino, which has locations in the Upper West Side and Times Square, sells the frozen dessert that looks like a hamburger but is actually comprised of two scoops of gelato sandwiched between two chocolate buns, for $7.50 each. The “burger” even comes with a Nutella spread.

“Some customers are asking if there’s actual burger meat in it,” store owner Luigi Caroggio told the New York Post earlier this month. Spoiler: There is not.

Customers can choose between three different gelato flavors, including pistachio, lychee and mango.

According to the Post, Amorino has offered the gelato burger for a few weeks, and so far, it’s been a hit with customers. “When they order it, they try it, they love,” Caroggio told the publication, adding that the gelato burger will roll out to the other three Amorino locations in New York later this month.

Burger + gelato = WE DID IT ?. Available in our shops very soon… #amorinogelato #amorino

We can only imagine this “burger” will continue to take off and become one of the hottest food trends of the summer. How can you possibly go wrong with this concept? Not only does it make for quality Instagram content, but we’d take this creamy, chocolatey treat over some other questionable ice cream flavors that’ve popped up over the years, like that mayonnaise ice cream abomination made with Hellmann’s mayo.