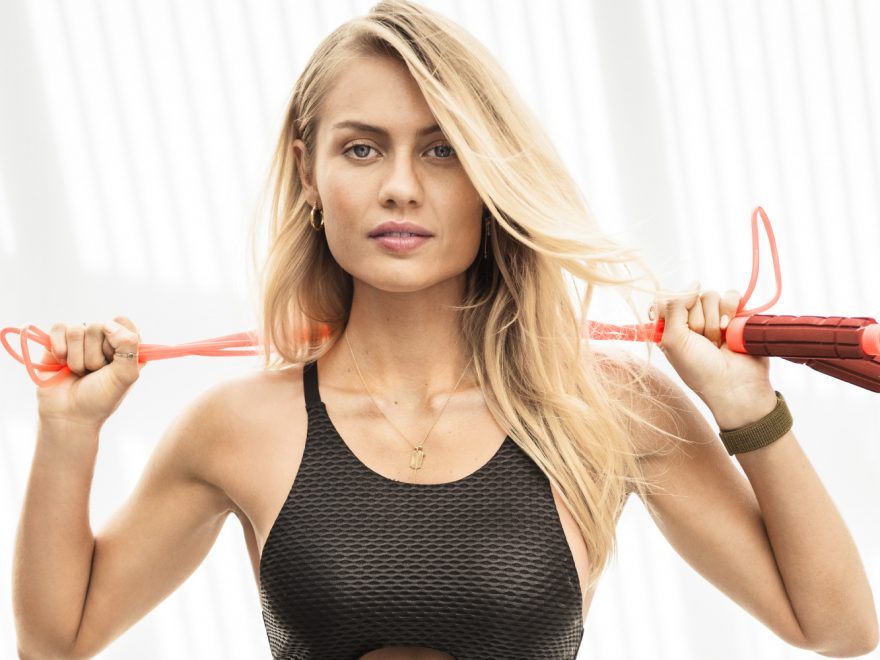 Can you imagine what it’d be like to cross off a whole heap of items on your career bucket list in just 12 months? Elyse Knowles has done exactly that. Since the 26-year-old last appeared on our cover in early 2018, she’s become the face of swimwear giant Seafolly (“That was an all-time dream of mine”), scored the role of brand ambassador for Myer (“That was [another] huge dream!”) and collaborated with other names she’s passionate about, including natural haircare company Aveda and superfood powder Vital Greens.

Top that with a recent move to Byron Bay with boyfriend Josh Barker to work on some upcoming design and construction projects (the reno-loving pair won The Block in 2017), and you could say Elyse is killing it right now.

So, how does she juggle a meteoric rise while staying true to that cool, tomboyish self we all crushed on when she was camped out at a building site on TV?

“Some people would rather see boobs and butt [on my Instagram], but I’d rather relate to the people who love me for who I am – who like the photos of me skiing or motorbike riding,” Elyse says in this month’s Women’s Health.

“I’d rather those people follow me than the people who want to see girls in bikinis all the time. [When I posted a photo about my skin battles,] I was upset about [my skin] at the time, so I thought, ‘there’s a million people who probably have the same issues, so I’m going to put it out there.’ And, yeah, everyone was very supportive, and other huge, major faces then came out [on Instagram] and told of their own skin troubles. I was really happy that I gave them confidence to show their raw selves as well.”

Elyse received plenty of praise from fans after revealing her “ongoing and constant” skin battles.

“I tend to keep things bottled up because I know how blessed I am in many ways,” she wrote alongside an Instagram gallery of bare-faced selfies. “But SKIN does get to me.”

“While it may not look pretty, it’s real,” she continued. “I’m accepting it more and more, but would love to knock them out of the park.”

I tend to keep things bottled up because I know how blessed I am in many ways. But SKIN does get to me. We all need to be vulnerable & honest at particular points in our lives. It’s not about attracting attention, it’s about being human & reminding ourselves that we all battle with different things from time-to-time. My battle with skin has been ongoing & constant. While it may not look pretty, it’s real. I’m accepting it more and more, but would love to knock them out of the park. Read my thoughts and history with skin! LINK IN BIO. ☹️???‍♀️

Another issue Elyse is passionately advocating for is the environment.

“Over summer I realised, ‘You know what? I really want to use [Instagram] to educate people on how they can be looking after the country and how they can make small changes to make a big difference,'” she says.

“I’ve never been so motivated to live that sustainable, eco-friendly life and share that with others. People can tell their friends it’s actually cool to go pick up rubbish on the beach, or it’s not a bad thing to say, ‘No’ to plastic straws when they’re getting a smoothie or things like that. There’s no time like now. We really need to act.”

Read more of our chat with Elyse – including the importance eco-activism and staying authentic – in the May issue of Women’s Health, on sale now.