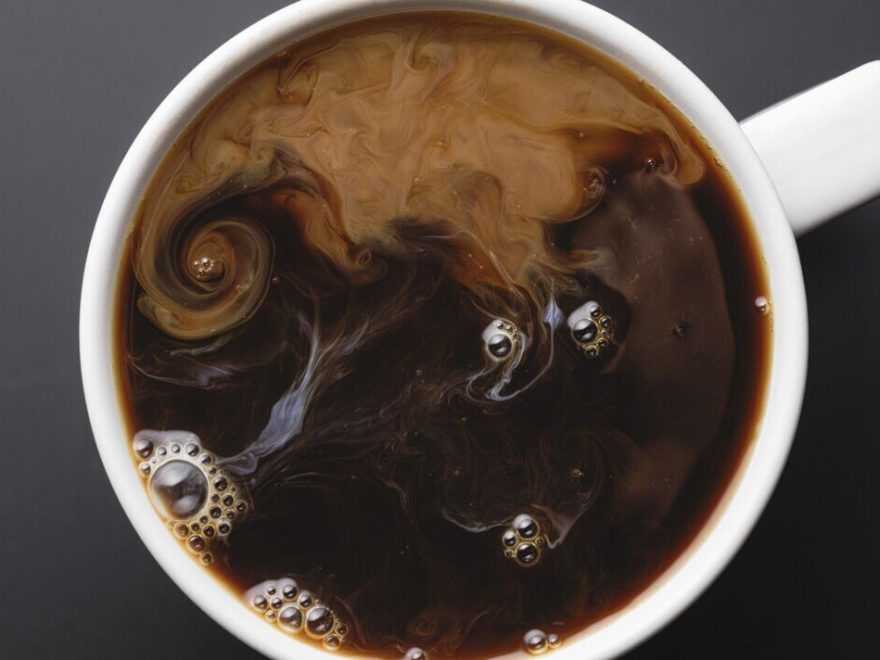 Coffee dependence is widespread around the world, helping the sleep-deprived kickstart their day. In fact, morning coffee is among the most popular remedies for disrupted sleep, but drinking caffeine upon waking could hinder hormonal balance. Despite being packed with potent antioxidants, researchers recommend lining the stomach with food before having a morning coffee. Here’s why.

Coffee intake upon waking may significantly affect glucose control, according to findings published in the British Journal of Nutrition in 2020.

The research, conducted by the University of Bath, highlighted that disrupted sleep and coffee intake both independently impair glucose tolerance and insulin sensitivity in healthy adults.

Blood glucose is imperative for the prevention of medical conditions like diabetes and heart disease.

The study was conducted on 29 healthy men and women who underwent three different overnight experiments.

In scenario one, participants were given a sugary drink upon waking from a normal and uninterrupted night’s sleep.

In scenario two, they were given the same beverage upon waking, but this time after a poor’s night sleep, during which they were woken up for five minutes every hour.

For the third scenario, participants’ sleep was also disrupted, but they consumed a strong black coffee upon waking, and a sugary drink 30 minutes later.

Blood samples were taken at the end of all three scenarios to study the participants’ blood glucose response.

Disrupted sleep appeared to have no significant effect on their glucose levels compared to a normal night of sleep, but having a strong black coffee on an empty stomach increased the blood glucose response to their sugary drink by roughly 50 percent.

The study suggests drinking black coffee upon waking could have a significant effect on the body’s blood sugar and metabolic control.

In other words, blood sugar is impaired when the body ingests coffee first thing after a night of disrupted sleep.

Though additional research is needed to understand the long-term risks, impaired metabolism is understood to be a risk factor for complications like diabetes.

The suspected culprit, in this case, is cortisol, which is known to raise blood glucose by releasing stored glucose.

If cortisol levels remain chronically high, this can lead to persistent high blood sugar levels and set the stage for type 2 diabetes.

There is the added problem of coffee relaxing the oesophageal sphincter, which can allow stomach acid to rise back into the oesophagus.

This condition, known as acid reflux, is a well-known irritant linked to the development of certain cancers, but evidence linking morning coffees to cancer is scarce.

Medicover Hospitals states: “[…] Experts warn that coffee should never be consumed in the morning when you wake up.

“The reason is that coffee will increase the levels of cortisol very quickly and the body will take a long time to return to its normal state. This hormone controls our biological clock and the ability to stay awake.

“[…] The consumption of coffee on an empty stomach will increase the level of acid in the stomach, which can lead to bloating and vomiting.”

She explained: “Coffee is not only acidic […] but it literally causes our bodies to go into a stress response to shoot out cortisol and put us in a kind of fight or flight state.”

This effect could be softened by drinking coffee after the stomach has been lined with food, according to the expert.