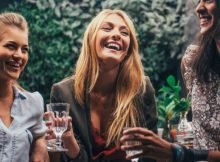 Hangovers are a serious drain, both on your morning energy, but also on a society's productivity.

In 2015, the US Centre for Disease Control and Prevention estimated hangovers cost the US economy $US224 billion ($307 billion) annually. A Flinders University study in the same year suggested Australians take 11.5 million sick days each year because of the delayed effect of drug and alcohol use (at a value of about $3 billion, up from $1.2 billion in 2001). 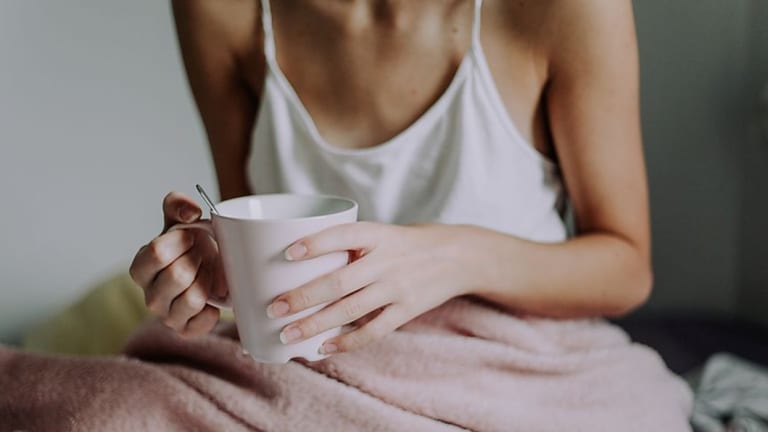 Staying in bed with a cup of tea is probably as good a cure as any for a hangover. That is, not very good.Credit:Stocksy

So, it might surprise you to learn that, despite the effect hangovers have on the community, scientists know very little about the sore head and sick stomach that comes after a night of drinking.

Even the definition of what exactly constitutes a hangover is relatively recent, as Professor Andrew Scholey, director of the Centre for Human Psychopharmacology and Professor of Behavioural and Brain Sciences at Swinburne University, explains.

"A hangover is a collection of symptoms, both physiological and psychological, which occur the morning after a night of drinking alcohol, when your blood alcohol is at or approaching zero," he says, citing the consensus definition from the ninth meeting of the Alcohol Hangover Research Group (a meeting of academics in the field), held last year.

We asked Professor Scholey and Dr Sarah Benson, postdoctoral research fellow and hangovers expert at Swinburne, for their thoughts on some of the biggest myths (or yet-to-be-proven beliefs) about hangovers.

Myth 1: Hangovers get worse as we age

It's a common belief that hangovers get worse as we get older, with many feeling like their morning-afters are much more difficult now than in their university days. But, were you really better at springing back when you were 20?

The only study to really look at the prevalence of hangovers across different age groups was a survey of more than 50,000 people aged 18-94 as part of the Danish Health Examination Study, published in 2014.

Of course, we can always speculate as to why a hangover might feel worse than it once did. Dr Benson says physiological reasons might include the declining immune system and higher body fat percentage that often comes with getting older.

"Alcohol will stay in the body longer if you have a higher fat percentage, and that exacerbates the hangover symptoms," she says.

In addition, there are psychological reasons why your head might feel heavier nowadays.

"It might be that younger people at college or university may feel as though it doesn't really affect their day-to-day function," Professor Scholey explains, adding that UK researcher Dr Sally Adams has explored some evidence that young people effectively schedule their hangovers.

"[They] almost see it as a bonding process where people arrange to be in groups the day after and all suffer together."

Myth 2: It is safe to drive while hungover

While you might pass an RBT, recent research suggests it is not wise to drink while hungover, Professor Scholey warns.

A 2015 study lead by Utretcht University psychopharmacologist Joris Verster found that driving during the up to the first 20 hours of being hungover is not dissimilar to driving over the limit, affecting a person's reaction time and concentration.

"Their work showed that, if you put [hungover] people into a driving simulator, their level of impairment is not that different than if they were at 0.05 to 0.08 [blood alcohol reading]."

Myth 3: Water/food/hair of the dog/ will "cure" your hangover

No matter what you decide to throw at your body, Dr Benson is sceptical that anyone knows how to cure a hangover.

"Because the understanding of what causes a hangover is so limited, attempts to figure out how to treat a hangover haven't been so successful," she says, adding that whatever you try to put into your system the morning after a big night is not really going to have an effect.

"The alcohol will have already been absorbed into your body, so there's not much you can do at that point."

Of course, there are some steps you can take before that time which might help.

"There are things that will will contribute to a worse hangover, like drinking drinks high in congeners [chemicals found in darker alcohols], bad sleep and dehydration, and also not eating beforehand," Dr Benson says.

Professor Scholey muses that a diet high in anti-inflammatory foods (like leafy greens and wholegrains) could be of benefit if having a healthy immune system plays a role in our ability to stave off a hangover, but this is still an area that requires research.

If it's too late for a lifestyle change (read: 8.30am the next day and you should have left for work 15 minutes ago), Dr Bensons says it is, unfortunately, too late.

"The only real cure is to not drink excessive amounts of alcohol."