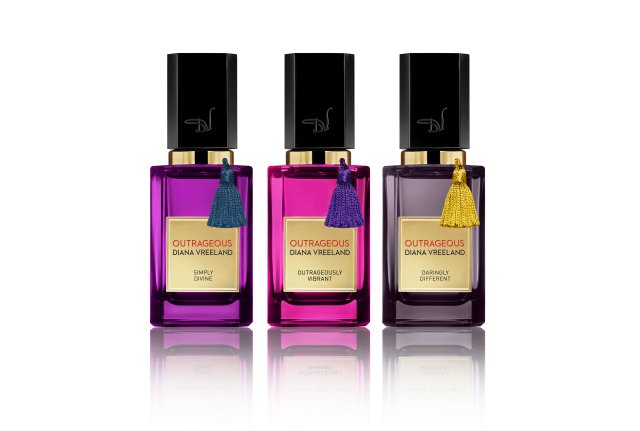 The beauty brand of former Vogue editor in chief Diana Vreeland has been acquired by TPR Holdings, WWD has confirmed.
Diana Vreeland was launched and built by Vreeland's grandson, Alexander Vreeland. The line includes several fragrances — one of which is nominated for a Fragrance Foundation Award this year — as well as a body cream. Industry sources estimated the brand is doing about $10 million in retail sales. Terms of the deal were not disclosed.
According to Brian Robinson, chief executive officer of TPR, the firm intends to "aggressively expand" international distribution and focus on only the "best points of distribution" for Diana Vreeland going forward. The deal closed in December 2018, he said, and the brand has signed Luxasia to enter Hong Kong and China and Das Elite to expand in the Middle East.
The brand will continue to develop fragrances with International Flavors & Fragrances Inc., including a line specifically meant for Russia that is slated to launch in 2020. Several non-fragrance stockkeeping units are also in development, and could make their debuts later this year or in early 2020.
The Diana Vreeland brand sits in the hot category of high-end niche fragrance. The brand's scents are priced between $185 and $350, and have been sold at Saks Fifth Avenue, Neiman Marcus and online. Alexander Vreeland is no longer involved in the business, sources said.
Diana Vreeland is the latest in a string of fragrance acquisitions for TPR, following deals for the Elie Tahari Fragrance license and Badgley Mischka beauty license in 2018.
For more from WWD.com, see:
Ermenegildo Zegna Introduces New Fragrances with Special Installations
Cardi B Shares Her Money Advice at Beautycon