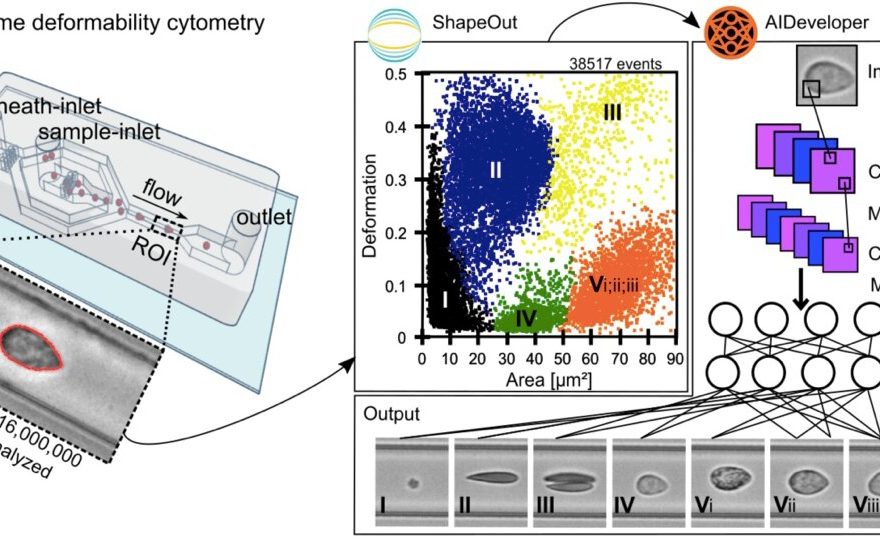 Loss of interest, joylessness, lack of drive and increased fatigability—all these complaints are among the main symptoms of depression, a mental illness affecting an estimated 5% of the population in Germany. Pathophysiological features of depressive disorders often include low-grade inflammation and elevated glucocorticoid output. In a new study published in the journal Translational Psychiatry, researchers from the Technische Universität Dresden, the University of Zurich, and the Max Planck Institutes for the Science of Light and the Max-Planck-Zentrum für Physik und Medizin Erlangen establish for the first time a link between depressive disorders and mechanical changes in blood cells. To do so, the researchers performed a cross-sectional case-control study using image-based morpho- rheological characterization of unmanipulated blood samples facilitating real-time deformability cytometry (RT-DC).

Sixty-nine pre-screened individuals at high-risk for depressive disorders and 70 matched healthy controls were included and clinically evaluated by Composite International Diagnostic Interview, a globally recognized clinical interview for psychiatric disorders. Using the AI method of deep learning applied to over 16 million blood cell images, the main blood cell types were classified and morpho-rheological parameters such as cell size and cell deformability of each cell were quantified.

Subsequently, the study shows for the first time that depressive disorders, and in particular persistent depressive disorders that persist over a period of more than two years, are associated with increased deformability of blood cells. While all major blood cells tend to show increased deformability, lymphocytes, monocytes and neutrophils are most affected. This suggests that mechanical changes in immune cells occur in depressive disorders, which could be causative for a sustained immune response. The identification of this pathomechanism could be accompanied by new possibilities for therapy in the future, which could restore dysfunctional cell function by improving cell mechanical processes.