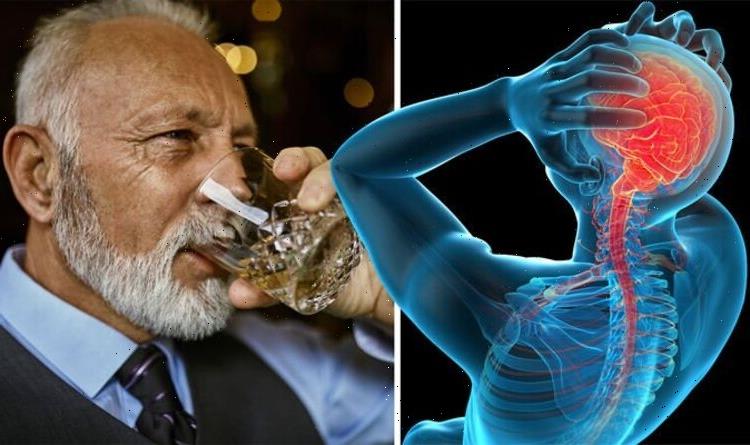 Dementia is the injury that results from a build-up of toxic protein in the brain. This causes communication between brain cells to falter, eventually leading to memory loss and myriad other cognitive issues. Signs of damage can progress slowly or imminently, but identifying them early is key to prolonging the life quality of sufferers. A new study has suggested alcohol abuse in later life may be among some of the first warning signs of the disease.

A new cross-sectional study conducted by the Mount Sinai School of Medicine has cautioned that alcohol abuse after the age of 40 could be an early indication of cognitive decline.

Researchers drew the conclusion after screening 1,518 patients, and finding that late-onset abuse affects 2.2 percent of sufferers.

Late-alcohol abuse was significantly more prevalent among patients with frontal-temporal dementia, compared to those with Alzheimer’s-type dementia.

The findings, published in the Journal of Alzheimer’s Disease, also revealed that late-alcohol abuse was the first symptom that occurred in 1.4 percent of all patients.

It was five times more frequently reported as the first symptom in patients with frontotemporal dementia than those with Alzheimer’s-type dementia.

The team pointed out that because many patients who abuse alcohol intake in later life see a psychiatrist, healthcare providers should be made aware that excessive drinking habits could be hinting at cognitive decline.

Georges Nassan, MD, Associate Professor of Neurology, and Medical Director for the Division of Behavioural Neurology and Neuropsychiatry, and senior author of the study, said: “Our study aimed to identify and compare the frequencies of lifetime alcohol abuse, late-onset abuse, and alcohol abuse as the first symptom of dementia in a group of patients living with several forms of dementia including Alzheimer’s disease and frontotemporal dementia.

“What we found is that alcohol abuse may be the first sign of an underlying neurological condition that it presents late in life.

“In fact, up to seven percent of patients with frontotemporal dementia started abusing alcohol late in life, and five persons did so as the first symptom of the disease.”

Frontotemporal disorders result from damage to neurons in the frontal and temporal regions of the brain.

The condition is often characterised by drastic changes in personality, as some patients can become socially inappropriate, impulsive and repetitive behaviours.

According to Hopkins Medicine, symptoms of FTD start gradually and progress steadily, and in some cases rapidly.

They may also vary from person to person, depending on the areas of the brain involved.

Mr Nassan added: “While it is important to identify social factors that may lead to alcohol abuse, such as retirement, loneliness, or loss of income/loved ones/ housing, our data should implore health care workers to avoid systemically attributing alcohol abuse to these aspects and prompt clinicians to investigate the possibility of frontal lobe dysfunction.

“Therefore a specific evaluation including checking for other frontal lobe symptoms should be performed, and patients at risk should be referred to a neurologist.

“An early and appropriate diagnosis in those patients is paramount for providing the best management, improving patient’s and families’ quality of life, and channeling patients to appropriate care facilities.”

Frontotemporal dementia is less common than other types such as Alzheimer’s disease, which accounts for two-thirds of all cases in the UK.

New research has shown that nearly half of all dementia cases result from modifiable risk factors, such as high blood pressure and a sedentary lifestyle.

Treating risk factors when they arise could be key to tackling the prevalence of dementia in coming years.