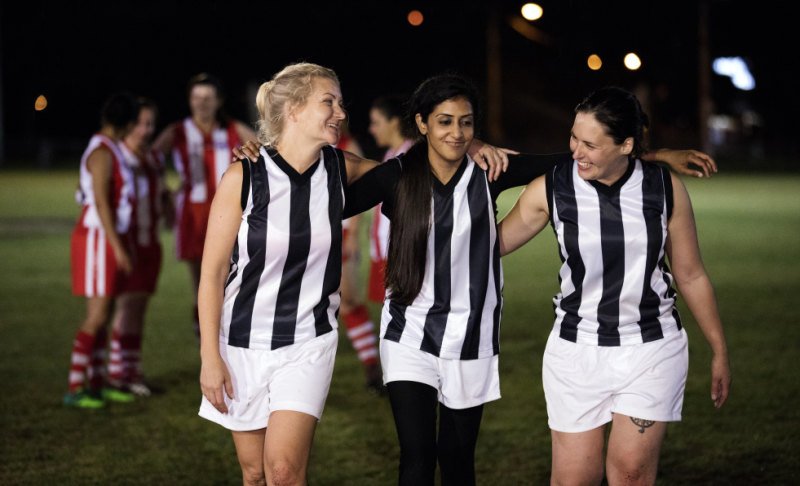 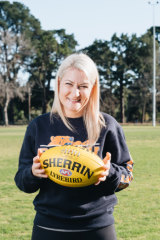 Angela Dalla Rosa who started playing AFL for the first time at 41.

Disparaging remarks, mother’s guilt, gym cliques: these are some of the many factors holding women back from partaking in physical activity, according to new research.

Having grown up with no opportunity to play a team sport, Angela Dalla Rosa finally worked up the courage last year to move from the sidelines of watching her son Ethan’s AFL games into a newly-created women's seniors team at the same club.

But, by the end of the season, the 42-year-old was all but ready to give up. For Dalla Rosa, who returned to a regular exercise schedule to successfully complete a marathon by 40, her discomfort came from the “cliques” created by the coaches' division of team members by their age and ability.

While all the players “had each other’s backs”, some older women felt ostracised because they were given limited game time and not the same opportunities in skill development as the younger players, she said.

“My first season of football wasn’t the happy place I thought it was going to be,” Dalla Rosa said, adding that even during her team's grand final she “heartbreakingly” witnessed women of all ages being harassed by spectators for their appearance and ability.

“It takes a lot of courage for us to step off that sideline because team sport wasn't really an option growing up," she said. "Like many of the mums who signed up, I was there to have fun and was very green, but the older women ended up spending a lot of time on the bench to make way for a core team; we got hidden in the back pocket.”

Dalla Rossa later switched to the Coburg Harriers AFL Masters team, which she said introduced her to a more accessible space for women over 35.

“I learned more about football in one trial match than I did my entire season last year because I played a full match and have people supporting my skills development," she said.

Dr Emma Seal, research fellow at La Trobe University's Centre for Sport and Social Impact (CSSI), said it is crucial for clubs and physical activity providers to create safe spaces to tackle the alarming number of women putting their overall wellbeing and physical health at risk by not participating in exercise. 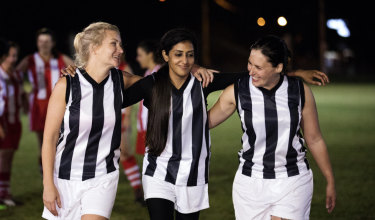 “[Feelings of not belonging] can have a substantial emotional and psychological impact on women, affecting their wellbeing and confidence to be active, with some being forced to stop all together,” Dr Seal said.

“Often, women internalise these feelings and label themselves as demotivated, however it’s important to recognise the wider social relations and norms that instigate these feelings.”

Now in its second year, VicHealth's This Girl Can campaign places a spotlight on 200 women's sports events and partnerships across the state, suitable for women to participate in regardless of age, skill level or body type.

The campaign last year inspired 285,000, or one in seven, Victorian women to embrace getting “sweaty, red-faced and jiggy” over the past year, things that often leave women self-conscious.

This Girl Can campaign manager Melissa Fineberg agreed with Dr Seal, pointing out that negative judgement and overwhelming fear is reflected in our national physical activity statistics. According to VicHealth, three in five Australian women are not sufficiently active (working out for 30 minutes, four times or more a week) while one in five don’t do any physical activity at all.

“What we want to see represented everywhere is more real women, with real bodies doing real exercise so that that becomes the norm against unrealistic expectations of these fitspiration images, that women often are held up to or expect themselves to achieve,” said Fineberg.

Dalla Rosa and Fineberg both believe we still have a way to go with shifting the focus of conversations Australians have around women in sport, citing derogatory comments directed at AFLW player Tayla Harris as a case in point. But both believe change is coming, saying that positive backlash against the misogynistic comments made is proof Australians are pushing for diverse representation and inclusiveness.

“It changes your headspace, being exposed to what incredible role models are achieving,” Dalla Rosa said.

“I have now embraced sport for it’s benefits, rather than a punishment…  My mental health is better, I get to socialise, I have friendships and things to talk about now outside my family.”

Victorian women can find sports activities running over the weekend on the This Girl Can website.