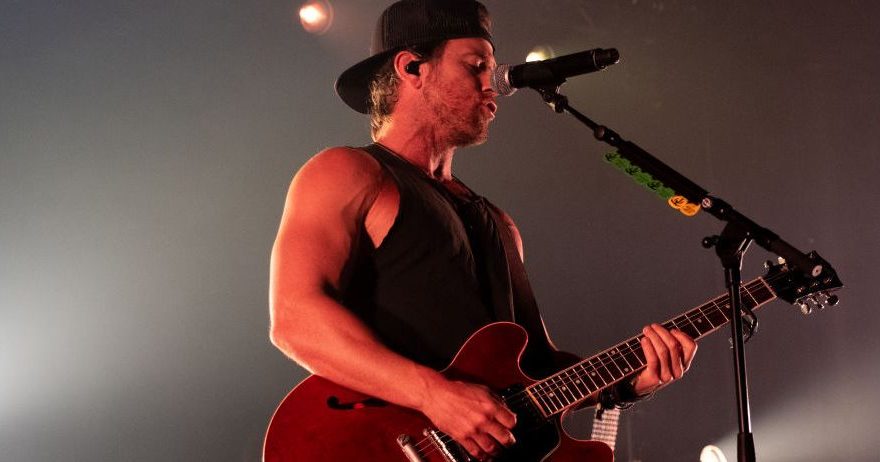 Not everyone makes it in Nashville. After college, Georgia-born country singer-songwriter, Kip Moore, packed up his bags and took his chances anyway. He worked, wrote, and sung in the Music City for close to a decade before signing with a record label.

And then, in 2012, he went platinum with his first album, “Up All Night,” debuting a style that’s a little country and a little rock and roll. (Moore teased his fourth album this summer, releasing the single “She’s Mine.” Still no date on the release.)

Eight years grinding in Nashville in close proximity to all kinds of fried delicacies might break a weaker-willed man. But Moore had both the drive and physical discipline to stay healthy—and only professional hungry. Now, he may be one of the most visibly muscular artists in country music. To learn some of his diet and fitness secrets, Men’s Health paid Moore a visit at his home in Nashville.

“I’m doing a lot of functional workouts,” Moore says, summarizing his exercise ethos. “I’m trying to do workouts that aren’t necessarily going to get me super bulky, but to stay lean and fit.” For that reason, Moore says, he never lifts super heavy weights, instead focusing on sets with high reps.

Incredibly, Moore has never had a trainer. He says he just works out and then listens to his body. He says he always exercises alone. “I don’t like listening to anybody telling me how to work out,” he says, grinning. “That’s probably the main reason.”

Still, Moore’s routine could just as easily be torn from the pages of Men’s Health.

His workouts include everything from kettlebell swings to barbell thrusters to ring pull-ups variations on hollow body holds. Each exercise offers enough variability that Moore can hit multiple muscle groups at once, working core, back, shoulders, and arms. He’ll then isolate the legs—standard box squat, an “essential,” he says.

Always a joy to be back in big sky country. See ya tomorrow night Billings Montana…anddd Thursday in Missoula

Functional workouts also entail rock climbing (he wears the same pants when he works out too; and no, they’re not “jeans”), surfing (he has a faint scar on his face from a gnarly collision with a coral reef), and skateboarding.

Moore says he played basketball throughout high school and that his training and preparation for the sport translated into his career. “To have the stamina to go do 150 shows in a year is super taxing—mentally, physically, all of it. For me, it’s kind of a completion on: how ready can I be?”

That mental component, Moore says, may be the most challenging. Here, he stays healthy through meditation, prayer, and consistency—making sure he’s getting enough sleep and maintaining a proper diet, which, when golden fast food arches drag by his tour bus, can be difficult; there is not shortage of great, greasy food along the southern tour belt.

“To have the stamina to go do 150 shows in a year is super taxing—mentally, physically, all of it. For me, it’s kind of a completion on: how ready can I be?”

Moore says he’ll actually lose weight on the road, when he can’t meal prep. Running wild on stage, he’ll burn off far more calories than he’s taking in. That’s why it’s so important to eat healthy and consistent at home—so he can afford to lean down a bit.

Cheers Belfast …Promise we’ll be back next year to play the new record for you guys. Love y’all.

But Moore is no nutrition puritan and he finds ways to indulge in some fudge pops—and a little white container he keeps in the fridge. But he can’t tell us what’s in it. “I might not be able to get through Canada again,” he says, laughing.