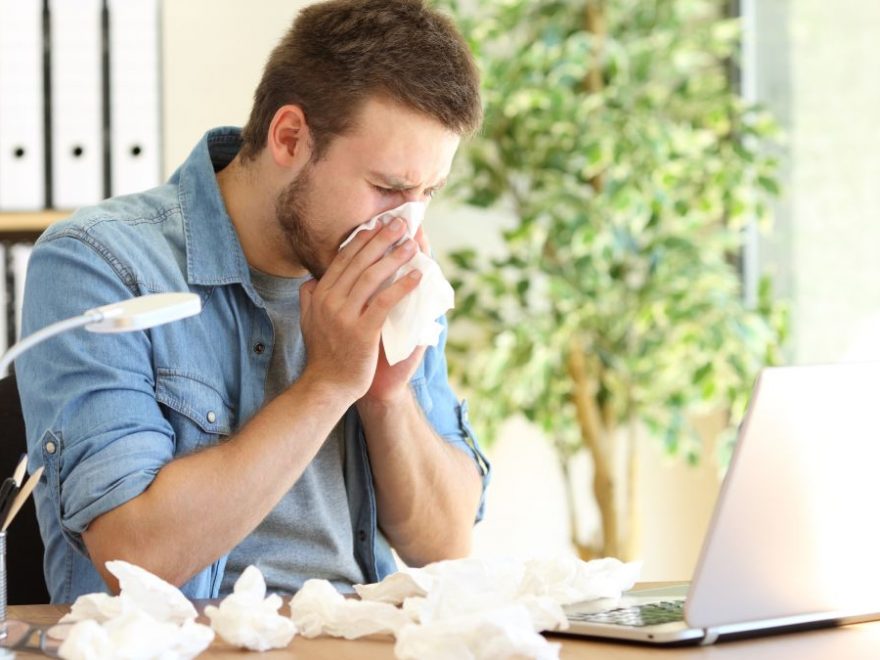 People infected with the novel coronavirus shed large quantities of the virus early in their illness and likely become less infectious as the disease wears on, according to a small study.

The research, posted Sunday (March 8) to the preprint database medRxiv, is still preliminary, because it has not yet been peer-reviewed and because it included only nine participants. Still, it may hint at why the new virus spreads so easily: Many people may be at their most infectious when exhibiting only mild, cold-like symptoms.

“This is in stark contrast to SARS,” a related disease caused by a different coronavirus, the authors noted. In SARS patients, viral shedding peaked about seven to 10 days into the illness, as the infection spread from the upper respiratory tract into deep lung tissue. In seven patients with COVID-19, the disease caused by the new virus, “peak concentrations were reached before Day 5 and were more than 1,000 times higher” than those seen in SARS patients, the authors wrote.

This peak appeared later in two patients whose infections had progressed into their lungs, sparking the first signs of pneumonia. In these severe cases, viral shedding reached maximum levels around Day 10 or 11. In the mild cases, viral shedding dipped steadily after Day 5, and by Day 10, patients likely weren’t contagious anymore, the authors noted.

“Based on the present findings, early discharge with ensuing home isolation could be chosen for patients who are beyond Day 10 of symptoms,” provided that swab samples from their throat contain  fewer than 100,000 copies of viral genetic material per milliliter, the authors wrote.

“This is a very important contribution to understanding both the natural history of COVID-19 clinical disease as well as the public health implications of viral shedding,” Michael Osterholm, director of the University of Minnesota’s Center for Infectious Disease Research and Policy, told Stat News.

The researchers conducted their analysis by taking swabs from the patients’ noses and throats, also examining their blood, urine, stool and sputum — a mixture of saliva and mucus that builds up in the respiratory tract during infection. The team examined each sample for bits of viral genetic material called RNA to determine how much of the virus was present at different stages of the disease.

Researchers tracked the rise and fall of the virus over time. However, viral load can’t reveal whether patients remained infectious, as RNA from the virus may be present in human tissue but not functional. To find out who was infectious and when, the researchers isolated samples of the virus throughout the study and attempted to grow them in the lab.

The researchers found that they could grow virus from the throat, nose and sputum samples gathered early in the course of illness, but after Day 8, samples taken from patients with mild cases did not yield any viral growth. That change indicates that those patients had become less infectious. Despite their improvement, they still tested “positive” for the virus, however. The finding may help explain reports from China suggesting that the virus can persist in the body for at least two weeks after COVID-19 symptoms clear up.

The team in the new study could not grow virus from any blood or urine samples collected during the study, nor could they grow virus from stool. The stool analysis was based on 13 samples collected between Day 6 and Day 12 from four patients, as these contained the largest quantities of viral RNA and enabled the researchers to isolate samples. A previous report from China and the World Health Organization suggested that “viable virus” could be recovered from infected people’s stool, but it was unclear whether these fragments contributed to disease transmission.

As the new study is based on a select number of relatively mild cases, more research is needed to determine how stool might contribute to COVID-19 transmission, the authors noted.

Notably, the team detected antibodies in each of the patients between Day 6 and Day 12, suggesting that the immune system begins building a defense against the pathogen soon after exposure. Scientists don’t yet know whether this rapid immune response appears in most patients, particularly those with more-severe infections.

OFFER: Save at least 53% with our latest magazine deal!

With impressive cutaway illustrations that show how things function, and mindblowing photography of the world’s most inspiring spectacles, How It Works represents the pinnacle of engaging, factual fun for a mainstream audience keen to keep up with the latest tech and the most impressive phenomena on the planet and beyond. Written and presented in a style that makes even the most complex subjects interesting and easy to understand, How It Works is enjoyed by readers of all ages.
View Deal