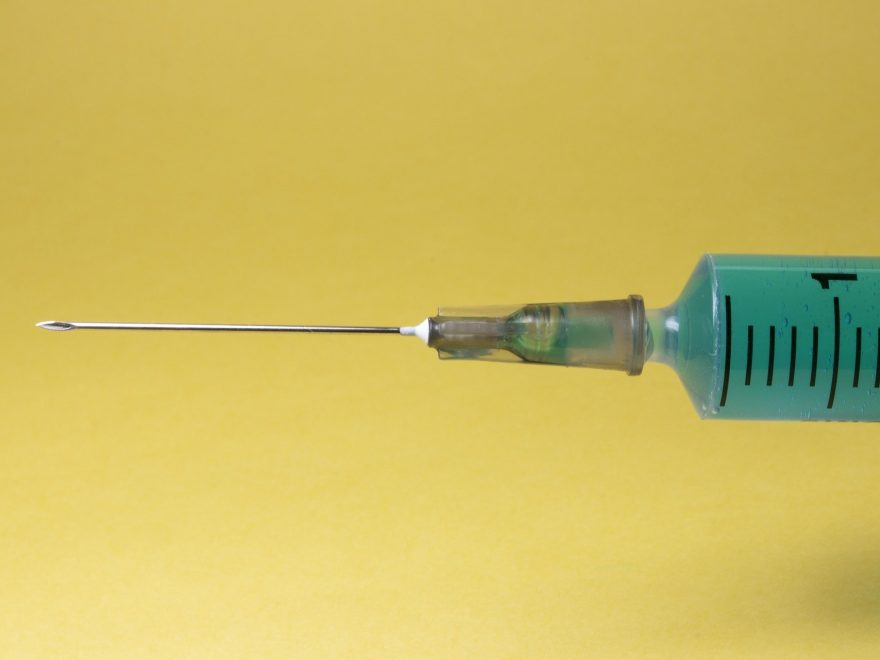 It didn’t take long after the first cases of COVID-19 were reported for conspiracy theories to begin circulating that the virus was a secret ploy by pharmaceutical companies to sell a vaccine. Other false theories quickly emerged, including one suggesting Bill Gates is creating a tracking device to be implanted in a COVID-19 vaccine.

This sentiment has spread quickly. Perhaps unsurprisingly, such theories have bred reluctance to use a future vaccine against COVID-19 and this is a problem that may affect us all.

Just as rapper Kanye West announced that he is running for US president by expressing anti-vaccine sentiment, a recent YouGov survey found that one in six UK respondents indicated that they “definitely” or “probably would not” get vaccinated if a coronavirus vaccine became available.

A further sixth of respondents to the survey, commissioned as part of a report by the Center for Countering Digital Hate (CCDH), were unsure what they would do. Worryingly, this means up to a third of UK people could turn down a coronavirus vaccine.

According to epidemiologists, upwards of 70% of the population may need to develop immunity to COVID-19 through vaccinations. This is because being vaccinated not only directly protects you from infection, but it also helps others who may be too vulnerable to be vaccinated themselves.

Once enough of the population has been vaccinated, it is much harder for the virus to spread. This is called “herd immunity”.

The anti-vaccine sentiment now surrounding COVID-19 is not new. The latest UK data indicates that the takeup of childhood vaccinations in 2018-19 declined for the fifth year in a row. Vaccine hesitancy—which is the delay or refusal of vaccines—was highlighted by the World Health Organization as a top ten threat to health in 2019.

The repercussions of this are clear. In England, there have been several spikes in cases of measles and mumps over the last decade, even though these diseases are preventable by the MMR vaccine. This is thought to be linked to false information about the vaccine first published in 1998 that has led to mistrust in its safety.

But there are many reasons why people might reject vaccines. Research has found that people with a fear of needles, low tolerance to perceived impingement of freedoms or belief in conspiracy theories are more likely to have anti-vaccine attitudes.

As highlighted in the CCDH report, conspiracists make up an important component of the anti-vaxx movement. On top of this, the COVID-19 pandemic has been a growth opportunity for anti-vaxxers. Anti-vaxx social media accounts with COVID-19 conspiracy narratives have grown by 19% in follower count during this time.

Indeed, several conspiracy theories have risen around COVID-19 that stand alongside anti-vaccine sentiment, perhaps most notably the false suggestion that 5G technology is somehow the cause of COVID-19.

Tackling COVID-19 anti-vaccine narratives is paramount, and research can provide insights into how it might be done. A recent study focused on increasing digital media literacy as a route to reduce the widespread belief of misinformation.

This involved giving people tips on spotting false news, which made it less likely to believe inaccurate headlines. Other research has shown that uncovering the rhetorical techniques typically found can reduce susceptibility to science denialism.

Another solution is inoculation. Research has found that if people read factual, scientific information before anti-vaccine conspiratorial narratives, they can be more resistant to conspiracy theories.

However, the source of the factual information often matters. People who believe in conspiracy theories do not trust groups who they perceive as powerful. This mistrust can lead them not to comply with recommended health advice.

For example, a study in France found that people who were more likely to believe in conspiracy theories supported strict COVID-19 preventive measures (such as no longer going to public places) until they were recommended by the French government.

This suggests a campaign to promote vaccinations that uses multiple sources to communicate health advice may have more success with anti-vaxxers. Research also suggests using sources that are seen as intelligent and competent may be most effective.

The content of the message is also a factor. In the French study, conspiracy theorists were no longer likely to disregard preventative measures when they believed COVID-19 was a direct risk to themselves. If health communications also highlighted the direct risks associated with not vaccinating, this may appeal to those with heightened conspiracy beliefs.