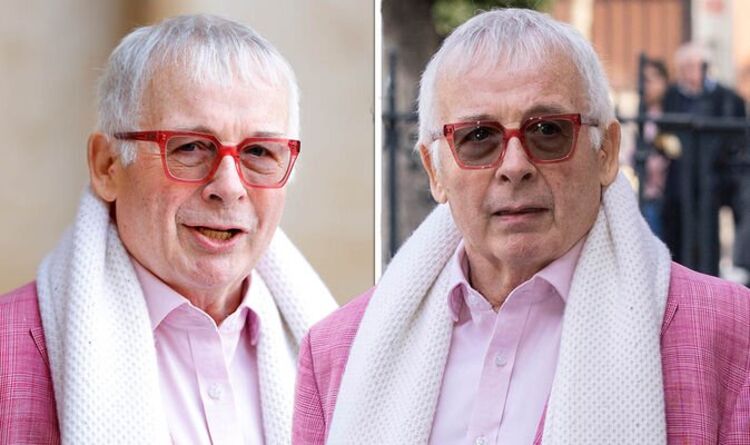 Queen is confined to a wheelchair says Christopher Biggins

In the past, Biggins has taken part in multiple reality TV shows such as I’m A Celebrity… Get Me Out of Here! and Celebrity Big Brother but today he is appearing on Channel 4’s new show Fame in the Family, where he invites four strangers to dinner, one of whom is a distant relative. The guests have to guess which one of them it is – with £1,000 to the winner. A few years back, Biggins opened up about his diagnosis with type 2 diabetes, which he found out about while performing at the Edinburgh Festival, making it “difficult” to concentrate on acting.

“I was nodding off, I just wasn’t myself. And so, in desperation, I went to the doctor and she carried out some tests.

“When I went back for the results, I was diagnosed with type 2 diabetes, which was a shock.”

Despite his shock, Biggins was able to realise that his body was trying to tell him something was wrong, something that he mistook for tiredness.

“My body had been telling me that there was something wrong but I just thought I was tired,” he added.

“My diagnosis might be different from others. There are other symptoms that could be a sign of type 2 diabetes; including needing to go to the toilet, being really thirsty, losing weight without trying to or blurred vision to name a few.”

Type 2 diabetes is the most common type of diabetes and occurs when an individual’s blood glucose – blood sugar – is too high.

The National Institute of Diabetes and Digestive and Kidney Diseases (NIDDK) explains that blood glucose is your main source of energy and comes mainly from the food you eat.

Insulin, a hormone made by the pancreas, helps glucose get into your cells to be used for energy. In type 2 diabetes, your body doesn’t make enough insulin or doesn’t use insulin well, so too much glucose then stays in your blood with not enough reaching cells.

A formal diagnosis is usually given after blood or urine tests, so individuals who experience any of the above symptoms should go and see their GP straight away. Although there is no cure for the condition, medication, losing weight, eating well and exercising can help you manage the disease.

After his diagnosis, Biggins visited a medically supervised health spa in Germany, which helped him to ditch sugar from his diet and lose a stone in weight. Making these drastic lifestyle changes has greatly helped Biggins to cope with his condition.

Talking to Diabetes.co.uk back in 2019, Biggins said: “When you’re diagnosed you of course don’t realise that sugar is everywhere. I used to drink fresh orange juice in the morning, which is like drinking two pounds of sugar. Now I drink coconut water, and I don’t get cravings.

“Now I pick items up in the supermarket and I look how much sugar the food contains. If it contains 54 percent sugar, for example, then I put it back. On a daily basis I do this now, whereas before I didn’t.

“Having type 2 diabetes makes you aware of all the pitfalls, and the problem is that being overweight involves pushing down on that knee, so I’ve had quite a few problems and I’ve seen a lot of doctors, chiropractors and specialists. My local GP is very pleased with my weight loss progress.

“I personally don’t want to die. So I want to help my body.”

Passing on some advice for others who may have just been diagnosed with type 2 diabetes, Biggins advised: “Don’t panic. As long as you’re aware of what you eat, things can only get can better.”

As well as changing your diet, the NIDDK also suggests individuals who smoke try to quit and increase the level of physical activity and exercise they do daily.

If not managed, diabetes can lead to problems such as: