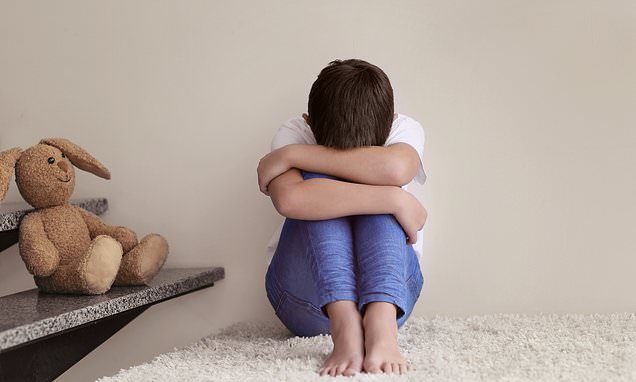 Children as young as 12 are attempting suicide after developing post-traumatic stress disorder (PTSD), a shocking study has found.

One in 13 young people in the UK develop PTSD before the age of 18 following traumatic events such as assault or sexual violence.

A person is twice as likely to experience a mental health disorder following trauma, of which almost two-thirds (31 per cent) of people experience as a child, according to the findings.

Half of those suffering from PTSD had self harmed and were at higher risk of alcoholism, isolation and unemployment.

The figures, from King’s College London are some of the first to highlight how common childhood trauma is in Britain’s youngsters.

It’s served as a ‘wake-up call’, experts said, as a large number of young people with PTSD are not getting treatment. 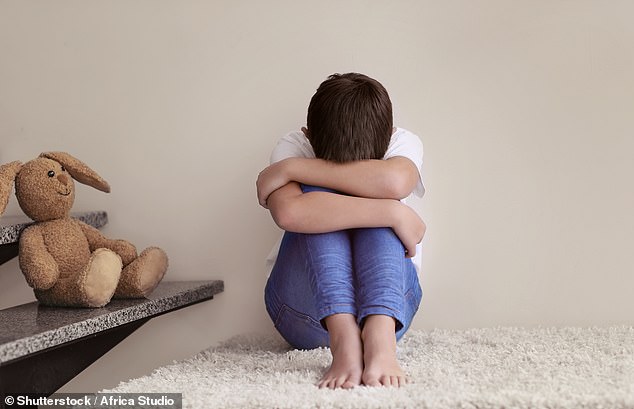 One in 13 young people in the UK develop post-traumatic stress disorder (PTSD) before the age of 18, a shocking study by Kings College London has shown

The study, published in the journal The Lancet Psychiatry, looked at more than 2,000 children born in England and Wales between 1994 and 1995.

In total, 7.8 per cent experienced PTSD before reaching the age of 18.

However only one in five (20.6 per cent) of this group said they had received help from a mental health professional in the last year.

Symptoms of the anxiety condition include distressing memories or nightmares, avoiding things which remind them of their trauma, and feelings of guilt, isolation and detachment.

It also included ‘network trauma’ – events which affected someone the young people knew, but which they did not witness in person.

People with PTSD often suffer nightmares and flashbacks to the traumatic event and can experience insomnia and an inability to concentrate.

Symptoms are often severe enough to have a serious impact on the person’s day-to-day life, and can emerge straight after the traumatic event or years later.

PTSD is thought to affect about one in every three people who have a traumatic experience, and was first documented in the First World War in soldiers with shell shock.

People who are worried they have PTSD should visit their GP, who could recommend a course of psychotherapy or anti-depressants, the NHS say.

PTSD may be described differently in some situations:

Delayed-onset PTSD – if your symptoms emerge more than six months after experiencing trauma.

Complex PTSD – if you experienced trauma at an early age or it lasted for a long time.

Birth trauma – PTSD that develops after a traumatic experience of childbirth.

Those who were exposed to a traumatic event before the age of 18 were twice as likely as their peers to have a range of mental health disorders, the researchers said.

And three of four of those with PTSD had another mental health condition by the age of 18.

On top of this, 15.9 per cent became addicted to alcohol, one in four were not in education, employment, or training (NEET) at age 18, and half experienced social isolation or loneliness.

‘Young people with PTSD are falling through the gaps in care and there is a pressing need for better access to mental health services.

Dr Tim Dalgleish, from the University of Cambridge, said the results of the ‘landmark study’ were ‘sobering’.

‘Of particular concern is the relatively small proportion of affected youth who go on to access formal support or mental health services and the findings are a further wake-up call that service provision in the UK for children and adolescents dealing with the aftermath of trauma is woefully inadequate,’ he said.

‘Rates of PTSD in previous studies vary enormously from country to country but the rate of PTSD reported here is probably higher than we would expect.’

‘The findings of this research are worrying and clear, but it’s not really accurate to say that the young people have a “disorder”; “PTSD”. There’s nothing “disordered” about being affected by traumatic events, it’s normal and understandable (as Prince Harry recently pointed out).

‘We need to protect young people from trauma and abuse, help them when they’re affected, but not label them with “disorders”.’