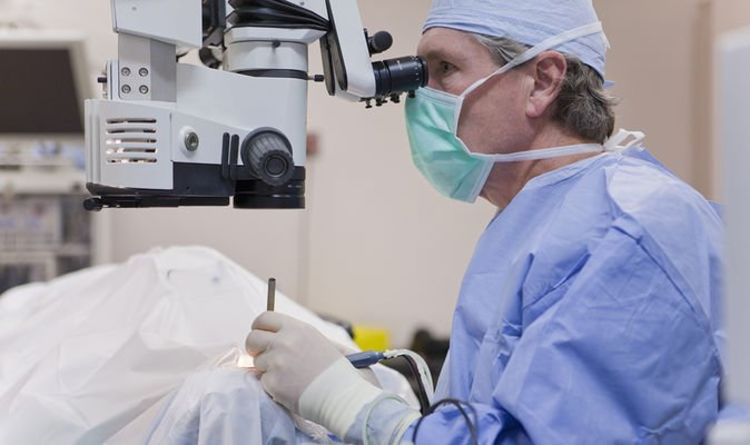 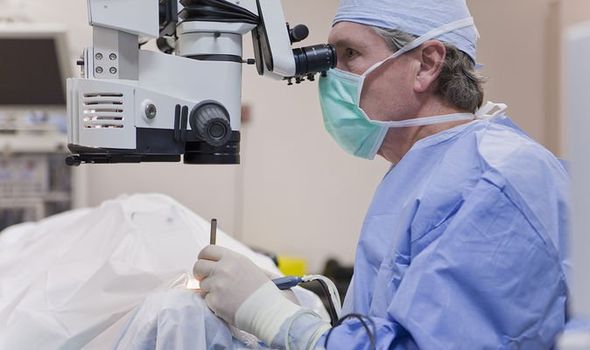 Cataracts affect most older adults at risk of dementia, but researchers have found strong evidence that the operation is linked to a lower chance of developing it. Using a well-established observational study called the Adult Changes in Thought (ACT), researchers from US healthcare firm Kaiser Permanente enlisted the help of more than 5,000 people aged 65 and over.

The team found that cataract patients had nearly a 30 percent lower risk of developing dementia from any cause compared with those who did not have the surgery.

The lesser risk also persisted for at least a decade after the vision-improving surgery, and this specific treatment was linked with a reduced chance of Alzheimer’s disease.

Lead researcher Dr Cecilia Lee said: “This kind of evidence is as good as it gets in epidemiology.”

The associate ophthalmology professor at the University of Washington added: “This is really exciting because no other medical intervention has shown such a strong association with lessening dementia risk in older individuals.”

The ways in which cataract surgery actually lessened the risk of dementia was not determined in the study.

However, the scientists believe that patients may be receiving “higher quality sensory input” following the surgical intervention, which might be beneficial in the longer-term fight against developing dementia.

Dr Eric Larson, a principal investigator of the ACT study and its coauthor, is also a senior investigator at Kaiser’s Health Research Institute.

He confirmed: “These results are consistent with the notion that sensory input to the brain is important to brain health.”

Prof Lee said that another potential explanation is that, after the surgery, people are getting more blue light: “Some special cells in the retina are associated with cognition and regulate sleep cycles, and these cells respond well to blue light.

The study results have resulted in making a strong case for further research to be carried out on the eye-brain connection in dementia.

Participants’ cognitive abilities were evaluated every two years following cataract surgery. The resulting data showed that they were 30 percent less likely to develop any form of dementia for at least a decade.

The study’s findings were reported in the Journal of the American Medicine Association’s edition on Internal Medicine.

What is happening where you live? Find out by adding your postcode or visit InYourArea