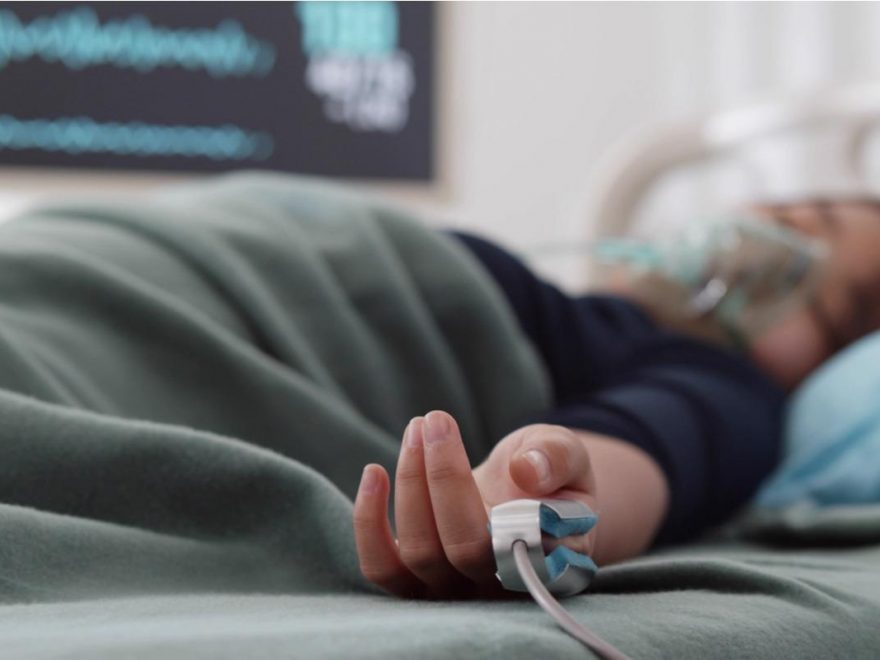 The severe acute respiratory syndrome coronavirus 2 (SARS-CoV-2) has circulated worldwide since December 2019, causing millions of deaths. Newer variants have emerged in quick succession over the last year, escaping prior host immunity and possessing greater transmissibility characteristics in some cases. The long-term sequelae of SARS-CoV-2 infection are also concerning in the potential burden they place on future healthcare.

Among children, coronavirus disease 2019 (COVID-19) is relatively less common and less serious. However, an inflammatory syndrome called multi-system inflammatory syndrome in children (MIS-C) has been found to occur in several pediatric cases that resemble the earlier described Kawasaki syndrome in some respects. A new preprint describes the importance of recognizing this complication, reporting a case of MIS-C without a prior history of this infection.

MIS-C is a systemic condition due to hyperactive inflammation that causes a febrile reaction with many other symptoms. These include feeling unwell, gastrointestinal symptoms, a rash, cardiac dysfunction, and in some cases, circulatory collapse and shock.

In the USA alone, over 7,500 cases of MIS-C, of which over 60 have died. The greatest risk is among the Black, Hispanic, Latinx, Asian, and Pacific Islander children, though overall, it affects 300 per million children with the infection.

Surprisingly, most cases of MIS-C occur among those with mild or asymptomatic illness. A history of prior COVID-19 is obtained in only a quarter of cases. In the current study, published on Research Square under consideration at Pediatric Rheumatology, the aim is to highlight the need to consider a diagnosis of MIS-C even without a prior history of SARS-CoV-2 infection and among children who have been fully vaccinated against the virus.

The patient was an African American of 18 years, a female who came into the Emergency Department (ED) complaining of fever, headache, tiredness, sore throat, abdominal pain, vomiting, and diarrhea, which had their onset four days before the visit. She had already been tested for several common infections, including the flu, and was negative.

She had received two doses of the Pfizer COVID-19 vaccine six months before and had been screened for SARS-CoV-2 weekly by rapid antigen testing for the last months since starting college. She had no history of COVID-19.

She had enlarged lymph nodes on both sides of the neck, with the left side of the neck appearing full. She was diagnosed with a retropharyngeal collection of phlegm and treated appropriately. Since she deteriorated clinically, with tachycardia, hypoxia requiring oxygen supplementation by nasal cannula, and falling blood pressure, she was transferred to the intensive care unit (ICU) to be treated for septic shock.

Her heart function was markedly low, with the left ventricle pumping at only a fifth of its capacity. She was put on medication to keep her vascular tone stable, and high-flow nasal oxygen was given. For a short while, she required bilevel positive airway pressure to relieve the work of breathing.

She continued to be critically ill for two more days, with the C reactive protein (CRP) being raised to over 400 mg/L. A diagnosis of MIS-C was explored, and intravenous immune globulin (IVIG) was given from day 3 to day 6. She began to improve after the start of IVIG therapy, though vasopressors continued to be necessary.

On day 6, she was found to be positive for COVID-19 from a pre-IVIG sample, and the presence of MIS-C was thus confirmed. Treatment was accordingly modified with the addition of intravenous steroids and anakinra. She had rallied enough to be taken off vasopressors by day seven and was discharged to the acute care ward.

On day ten, she went home on anakinra and steroids, having recovered normal heart function. On the 12th day from discharge, she had good left ventricle pumping capacity, and the drugs were tapered off uneventfully. The improvement was maintained at three weeks from discharge, and at the time of this report, she was in good health.

MIS-C is defined by the Centers for Disease Control and Prevention (CDC) as a febrile syndrome following SARS-CoV-2 infection, either confirmed by a positive test or with a history of exposure to a suspected or confirmed case within the preceding four weeks of symptom onset.

Very few cases of this syndrome have been reported in children following two doses of a vaccine, indicating over 90% protection against MIS-C. In the current study, the patient presented with both cardiogenic shock and respiratory failure but with a history of repeated negative COVID-19 screening tests.

Despite the low suspicions of MIS-C, due to the vaccination status, the negative test history, and the presentation with a retropharyngeal collection, she was eventually tested again serologically and diagnosed correctly. Once appropriate MIS-C treatment was initiated, she recovered relatively rapidly.

It is important to note that the MIS-C here does not appear to be vaccine-related since the vaccine was taken six months before the episode. Moreover, she tested positive for the nucleocapsid antigen of the virus, which is found in the current infection.

The hazards of delayed diagnosis included prolonged and unnecessary antibiotic treatment, as well as a longer duration of ICU stay. Her recovery was apparently complete, with no residual cardiac dysfunction or inflammation.

Providers should have clinical suspicion for MIS-C when clinical signs and symptoms are consistent with the diagnosis, even in a previously healthy, fully vaccinated child.”

Research Square publishes preliminary scientific reports that are not peer-reviewed and, therefore, should not be regarded as conclusive, guide clinical practice/health-related behavior, or treated as established information.