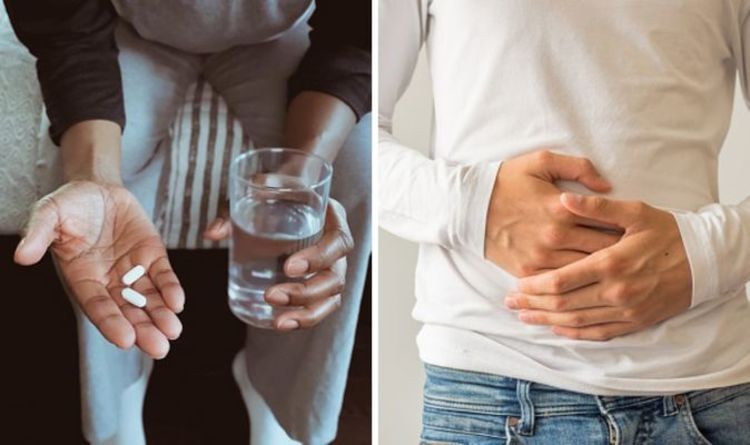 Paracetamol belongs to a group of medicines known as analgesics, also known as painkillers. The tablet can be used to treat pains such as headaches, period pain, back pain or a toothache, as well as cold and flu symptoms. It’s so commonly taken that most of us never check the instructions on the packet, but it’s important to take it according to the rules. Express.co.uk reveals the dos and don’ts of taking paracetamol.

Paracetamol tablets can be given to anyone over 10 years of age who isn’t allergic to them and needs a painkiller or treatment for cold and flu symptoms.

As well as aches and pains, the medicine can be used to reduce a high temperature and it normally works within an hour.

You can buy paracetamol on its own or combined with other painkillers and anti-sickness medicines.

Paracetamol is often an ingredient in a wide range of cold and flu remedy medicines.

Always read the instructions of any medication you take, as dosage varies from brand to brand sometimes.

With all paracetamols, the usual dose is one or two 500mg tablets at a time.

You should never take paracetamol with other medicines containing paracetamol.

Most people can take paracetamol safely, even including pregnant and breastfeeding women.

However, some people need to be extra cautious when taking it as you can be allergic to paracetamol.

Those who have liver or kidney problems, drink over the maximum recommended amount of alcohol a week, take medicine for epilepsy or TB, or take the blood-thinner warfarin need to be careful.

You also should not drink alcohol whilst taking these tablets, and if you do you’ll increase your risk of negative side effects such as swelling of the hands, feet, ankles, face, lips or throat, difficulty breathing, or an itchy rash.

Paracetamol is available for children in different strengths and which one you give them depends on their age.

Ask a medical professional for advice if you’re not sure how much paracetamol to give your child.

Young children can take paracetamol as a syrup, suppositories or even soluble tablets.

Paracetamol syrup is known by the brand name Calpol.

Can you take paracetamol on an empty stomach?

Paracetamol can be taken with or without food – you can eat and drink normally while taking paracetamol.

The NHS site states: “You can safely take paracetamol (but not ibuprofen) on an empty stomach.”

Paracetamol doesn’t irritate the stomach lining, so it doesn’t matter if you haven’t eaten.

Ibuprofen, aspirin and other anti-inflammatory drugs can irritate the other lining, so it’s normally recommended to eat with these.