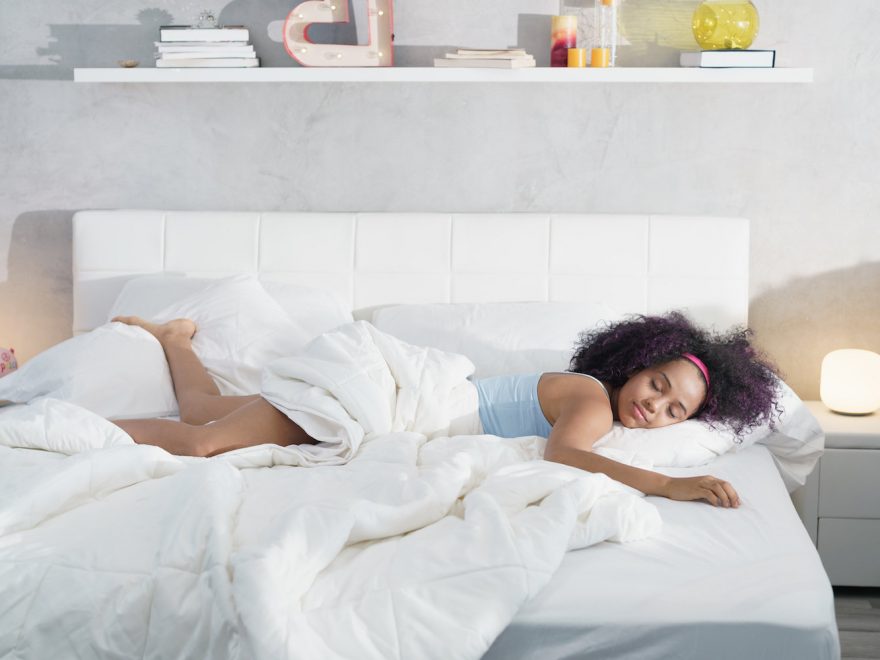 There are only 24 hours in a day, and usually about a third of that is spent sleeping. So, the overambitious have always wondered: Is it possible to make use of this time and learn a new skill or even a language? In other words, is sleep learning possible?

The answer is yes and no, depending on what we mean by "learning."

Absorbing complex information or picking up a new skill from scratch by, say, listening to an audio recording during sleep is almost certainly impossible. But research shows that the sleeping brain is far from idle and that some forms of learning can happen. However, whether that's worth losing sleep over has yet to be determined. [Why Can't We Remember Our Dreams?]

Sleep learning: From sham to science

The concept of sleep learning, or hypnopedia, has a long history. The first study to demonstrate a memory and learning benefit from sleep was published in 1914 by German psychologist Rosa Heine. She found that learning new material in the evening before sleep results in better recall compared to learning during the day.

Thanks to many studies done since then, we now know that sleep is crucial for forming long-term memories of what we have encountered during the day. The sleeping brain replays the day's experiences and stabilizes them by moving them from the hippocampus, where they are first formed, to regions across the brain. Given that so much is happening to memories during sleep, it's natural to ask if the memories can be altered, enhanced or even formed anew.

One popular approach to sleep learning was Psycho-phone, a popular device in the 1930s. It played out motivational messages to sleepers, such as "I radiate love," supposedly helping the people absorb the ideas in their subconscious and wake up with radiant confidence.

At first, it seemed that research backed up the idea behind devices like Psycho-phone. Some early studies found that people learned the material they encountered during sleep. But those findings were debunked in the 1950s, when scientists began to use EEG to monitor sleep brain waves. Researchers found that if any learning had happened, it was only because the stimuli had woken the participants. These poor studies launched sleep learning into the trash can of pseudoscience.

But in recent years, studies have found that the brain may not be a total blob during sleep. These findings suggest that it is possible for the sleeping brain to absorb information and even form new memories. The catch, however, is that the memories are implicit, or unconscious. Put another way, this form of learning is extremely basic, much simpler than what your brain has to accomplish if you want to learn German or quantum mechanics.

Still, these findings have elevated sleep learning from the category of pipe dreams and put it back on scientists' radar.

"For decades the scientific literature was saying sleep learning was impossible. So, even seeing the most basic form of learning is interesting for a scientist," said Thomas Andrillon, a neuroscientist at Monash University in Melbourne, Australia. "But people are not really interested in this basic form of learning."

For scientists, the recent discoveries have raised hopes about possible applications, Andrillon told Live Science. For example, the implicit nature of sleep learning makes the phenomenon useful for people who want to shed a bad habit, like smoking, or form new good ones. [Why Is It So Hard to Quit Smoking?]

Multiple studies have found that a basic form of learning, called conditioning, can happen during sleep. In a 2012 study published in the journal Nature Neuroscience, for example, Israeli researchers found that people can learn to associate sounds with odors during sleep. The scientists played a tone to sleeping study participants while unleashing a nasty spoiled-fish smell. Once awake, upon hearing the tone, the people held their breath in anticipation of a bad smell.

"This was a clear finding showing humans can form new memories during sleep," said Andrillion, who was not involved in that study.

Although the memory was implicit, it could affect the people’s behavior, researchers found in a 2014 study published in the Journal of Neuroscience. In that research, smokers used fewer cigarettes after spending a night being exposed to the smell of cigarettes paired with rotten eggs or spoiled fish.

Andrillon and his colleagues have found that learning in sleep can go beyond simple conditioning. In their 2017 study published in the journal Nature Communications, subjects were able to pick out complex sound patterns that they had heard during sleep.

Learning abilities in sleep may extend to the learning of words. In a study published in the journal Current Biology in January, researchers played pairs of made-up words and their supposed meanings, like that "guga" means elephant, to sleeping participants. After this, when awake, the people performed better than chance when they had to pick the right translation of made-up words in a multichoice test.

What all these studies have in common is that they show an implicit form of memory. "It's not some knowledge they'll be able to use spontaneously, because they don't know this knowledge is even there," Andrillion said. "The question is, 'Where do we go from there?'"

Learning a new language involves many different layers: recognizing the sounds, learning the vocabulary and mastering the grammar. So far, research suggests it may be possible to get familiarized with the tone and accent of a language or even the meaning of words while sleeping, but to a weaker level than what we already do all the time during the day without noticing. [Why Don't We Remember Being Babies?]

And then you have to consider the cost, Andrillion said. Stimulating the sleeping brain with new information likely disrupts the functions of sleep, negatively affecting the pruning and strengthening of what we have learned over the previous day, he said.

While losing quality sleep to potentially learn a few words is not a smart trade-off, researchers continue to study sleep learning because the compromise may be worth it in special cases. For example, sleep learning could be useful when people need to change a habit or alter stubborn disturbing memories in cases of phobias and post-traumatic stress disorder.

And some forms of implicit learning that may help in those situation may occur more strongly during sleep. The conditioning that happened in the smoking and rotten egg study, for example, doesn't work well when done during wakefulness. If you smoke every day near a garbage bin, you know the two are unrelated, so you don't link them. We are not easily tricked when awake.

"But the sleeping brain is not so smart, and we can manipulate it for our own good," Andrillion said. "It sounds a lot like the 'Eternal Sunshine' [movie], and this is still ongoing work, but the possibility is there."

Until then, remember that a good night's sleep is already sleep learning at its best.