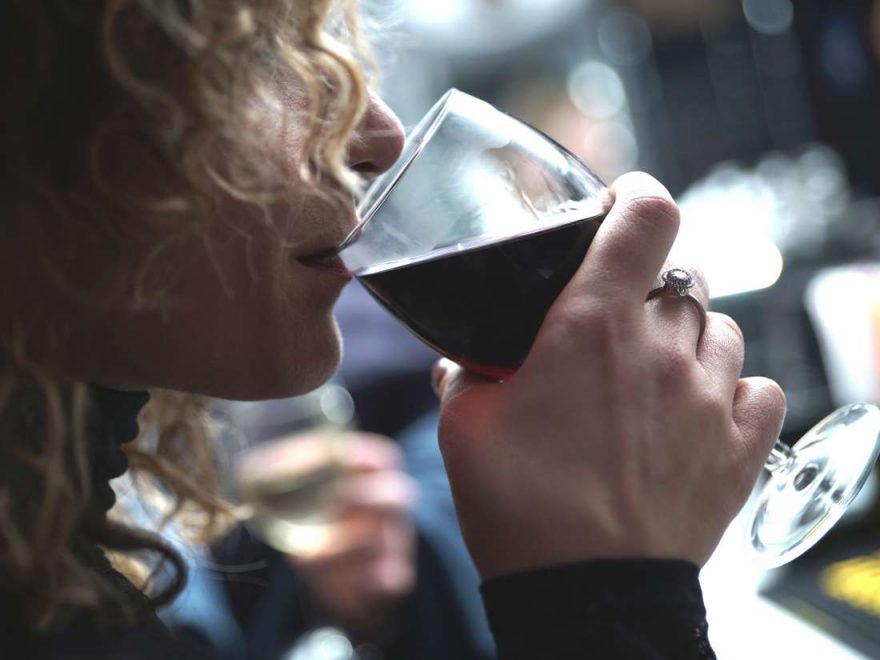 The World Health Organization (WHO) note that breast cancer is the most prevalent type of cancer in women across the world.

Many factors can increase the risk of developing breast cancer, some of which are nonmodifiable — chiefly age and sex — and some of which a person can act upon, including a lack of physical activity or being overweight.

Another proven risk is alcohol consumption, with one major report warning that a single alcoholic drink per day can boost a person’s likelihood of developing breast cancer.

Despite this, it seems that numerous women over the age of 45 years, who are those most at risk of developing this type of cancer, continue to ignore specialists’ warnings that they should reduce their alcohol consumption. At least, that is the conclusion of a recent study that recruited a cohort of Australian women in this age bracket.

“There is a low level of awareness about the established link between alcohol and breast cancer and some confusion about the risk given the community perception that not all drinkers get breast cancer,” notes Dr. Miller.

“So, it’s really important to understand the patterns and drivers behind drinking behavior in order to develop policies and interventions that might reduce the increasing burden on the women and our health system.”

Women unaware of the risks

For this study, the findings of which appeared in the journal PLOS ONE yesterday, the researchers recruited 35 South Australian women aged between 45 and 64 years who had never received a cancer diagnosis.

Dr. Miller and team interviewed each of the participants to find out more about their alcohol consumption patterns, their level of education, and their thoughts on their own risk of developing breast cancer.

The researchers found that many of these women did not understand their level of breast cancer risk and were more likely to cut down on alcohol if it negatively affected their lifestyle, relationships, or body weight.

“It’s interesting that the group were most aware about short-term harms like the impact alcohol has on their weight, mental health, and relationships rather than cancer,” says Dr. Miller.

The researcher believes that the reason why women remain oblivious to the long-term health risks that alcohol poses may have something to do with a deep-rooted drinking culture.

“Alcohol is firmly entrenched in the fabric of Australian society, providing pleasure and defining the major events in most of our lives,” the lead researcher notes, adding that, “Raising awareness of alcohol-related cancer risk, despite the importance of this, will not be sufficient to counter patterns of consumption.”

‘Getting the right messages through’

The lead researcher also thinks that the alcohol industry’s marketing campaigns tend to gloss over the risks of alcohol consumption in favor of its potential benefits, offering a distorted image of this practice to a willing audience.

“We all want to hear good news about drinking, such as small amounts of red wine may be good for cardiovascular disease, which is a message that’s promoted by the alcohol industry,” Dr. Miller points out.

“In contrast, information that alcohol is linked to breast cancer is actively suppressed by the industry, presumably in order to build the female customer base,” she speculates.

Dr. Miller believes that the current findings should be a springboard for the relevant authorities to come up with better public policy strategies to educate women about the real risks of alcohol and convince them to make positive lifestyle changes.

“Our research shows that while more middle-aged women are drinking, there are ways of getting the right messages through by focusing on issues important to them,” Dr. Miller suggests.

“For example,” she adds, “younger people are drinking less, so we can look into the reasons behind that and utilize them.”