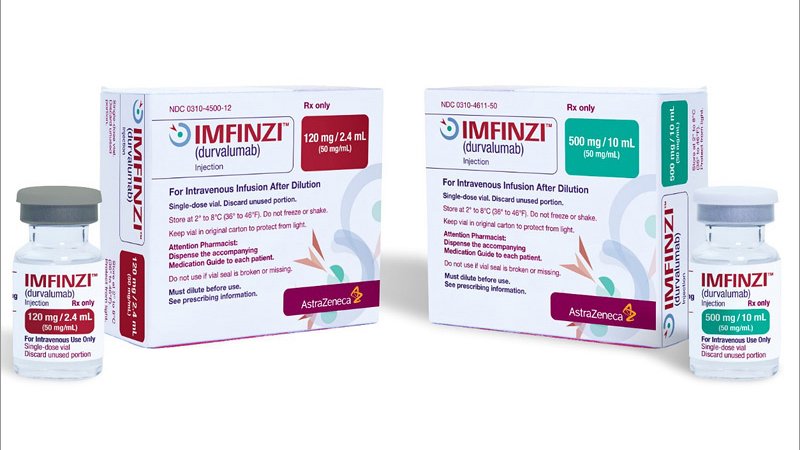 After failing to improve overall survival in unresectable metastatic bladder cancer in a phase 3 trial, this indication will be withdrawn in the United States for the immunotherapy durvalumab (Imfinzi), AstraZeneca announced.

The company is continuing with clinical trials of durvalumab in various combinations for the treatment of bladder cancer.

Durvalumab was granted accelerated approval in May 2017 by the FDA specifically for the treatment of patients with locally advanced or metastatic urothelial carcinoma who experience disease progression during or following platinum-containing chemotherapy or who experience disease progression within 12 months of neoadjuvant or adjuvant treatment with that chemotherapy.

That accelerated approval was based on the surrogate markers of tumor response rate and duration of response from Study 1108, a phase 1/2 trial. In this trial, the overall response rate was 17.8% in a cohort of 191 patients with locally advanced or metastatic urothelial cancer that had progressed during or after a platinum-based regimen.

However, in the confirmatory phase 3 DANUBE trial in patients with unresectable metastatic bladder cancer, neither durvalumab nor durvalumab plus tremelimumab met the primary endpoint of improving overall survival in comparison with standard-of-care chemotherapy.

“While the withdrawal in previously treated metastatic bladder cancer is disappointing, we respect the principles FDA set out when the accelerated approval pathway was founded,” said Dave Fredrickson, executive vice president, Oncology Business Unit, AstraZeneca, in a company press statement.

Nick Mulcahy is an award-winning senior journalist for Medscape. He previously freelanced for HealthDay and MedPageToday and had bylines in WashingtonPost.com, MSNBC, and Yahoo. Email: [email protected] and on Twitter: @MulcahyNick.