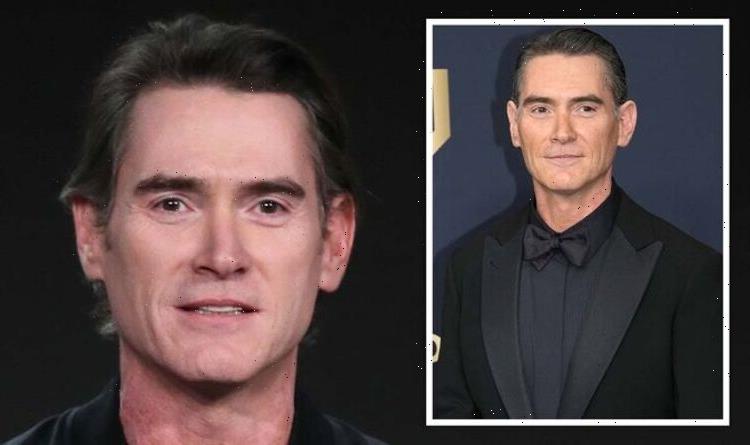 Billy Crudup is well known for his role as Russell Hammond, a rockstar from the 1970s in Almost Famous, and has starred in dozens of theatre productions and other films including Alien: Covenant, as well as theatre productions. But despite having “all the trappings of success” the star has suffered from anxiety to the point where he had panic attacks.

Panic attacks are sudden feelings of intense anxiety that can cause shaking, nausea, and irregular heartbeats as well as sweating, according to the NHS.

“It’s such an uncomfortable experience,” he told ABC News as part of the Ten Percent Happier podcast with Dan Harris.

“And I took the approach that I took with everything before that … which is ‘I’m just going to muscle through this’ and that’s just ‘no bueno’ for very long so I had to start figuring out some other ways to get some help.”

He revealed that when he was starting as an actor he found it frustrating how he couldn’t obtain inspiring roles and how he felt a “huge burden to take the craft seriously.”

According to the NHS, “stressful life experience”, such as bereavement can cause panic attacks.

The Charity Mind also states that stressful situations like a “stressful appointment” may trigger it.

Crudup used the metaphor of deep sea fishing to describe the feeling of these intense moments of anxiety.

“I had always imagined I guess that once you got past the breakers, it was calm out there, and I was deeply disappointed and incredibly nauseous when I discovered that the swells continue throughout the entire ocean and forever and that’s sort of how I felt when I arrived at my adult life,” he said.

To help deal with his panic attacks, Crudup was introduced to meditation by his ex-girlfriend, actress Mary-Louise Parker.

Epstein’s treatment is a mix of Buddhist teachings and Freudian psychotherapy treatment.

Meditation, which Crudup admitted he is “terrible” at, can help to experience things afresh and enjoy the world rather than become stressed by it.

“I grew up hearing a lot about my gut, and ‘go with your gut, your instincts are always right,’ … I’ve come to believe that it’s probably not as useful as it sounds,” Crudup said.

“Having to let go of that idea, and that your gut might actually lead you in a direction that’s not helpful to you sometimes, has been an interesting exercise.”

The NHS recommends doing breathing exercises to ease your symptoms if you are having a panic attack.

The health body states: “Some people find it helpful to count steadily from one to five on each in-breath and each out-breath.”

Deep breathing brings more oxygen to your brain and engages the parasympathetic nervous system, which is associated with calmness.

If you are having trouble with panic attacks, you may want to visit your GP and they may refer you to therapy if you are diagnosed with panic disorder.

Panic disorder is a type of anxiety disorder where you regularly have panic attacks.