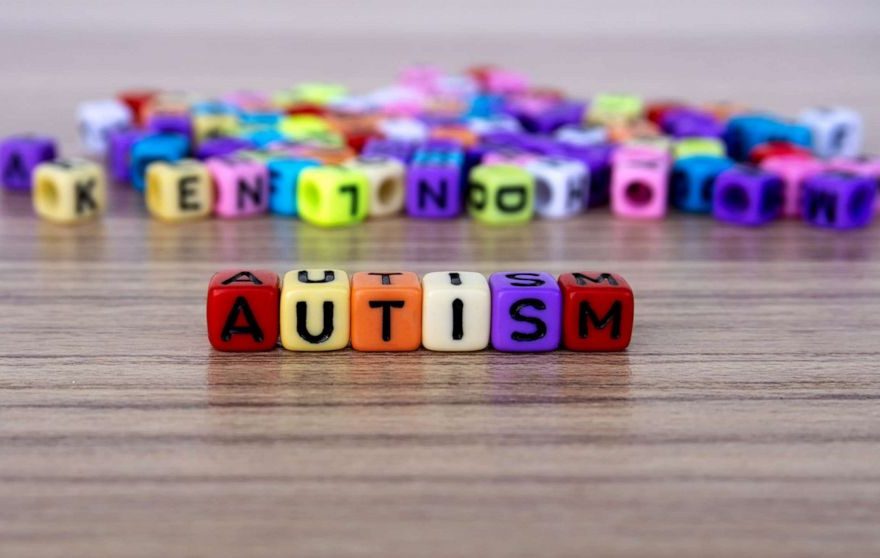 Most people have heard of autism, but many don’t actually know exactly what it is.World Autism Awareness Day on April 2 hopes to change that; advocating for people who live with autism, and promoting increased understanding and acceptance.

What exactly is autism?

People with autism, which is short for autism spectrum disorder (ASD), have differences in their brains that cause difficulties in two main areas:

Imagine walking into work, and the boss is standing there scowling silently. Most people would know there is a problem! For children and adults with autism, reading facial expressions does not come naturally. They also tend to avoid eye contact.

Communication can be a problem. Young kids with ASD often prefer to play alone instead of interacting with others. Kids with autism often take a lot longer than other kids to learn to speak, or they might never learn to speak. Kids and adults with autism who can’t always express themselves with words sometimes act out. An ASD diagnosis can make it easier for families to understand and help when this happens.

Kids with ASD can be really interested in one specific thing, but they might have little interest in anything else. That could mean focusing on one toy as a little kid, or having one topic of intense interest for older children and adults. People with ASD can also have a hard time being spontaneous or dealing with change — rituals are often really important. For example, they might have to take the same route from one place to another every time. Breaking the habit can be extremely upsetting to them.

Kids with autism can also engage in repetitive behaviors like rocking or hand flapping.

What’s the deal with the “spectrum” part?

The “spectrum” in autism spectrum disorder means that there’s a wide range of symptoms and severity. The mild type used to be called “Asperger’s syndrome,” but that term is no longer used in the medical community, and everyone gets the same diagnosis of ASD.

A child of any race, socioeconomic status or ethnic group can get ASD. About one out of every 59 kids is diagnosed, which is higher than previously reported estimates. As a whole, we don’t know who is going to get autism, we just know some factors that are associated with ASD.

Unfortunately, we don’t know exactly what causes autism, but experts agree that genes — your DNA — play a major role, which is why there may be multiple kids in a family with ASD. A few things have been associated with ASD (but that doesn’t mean they necessarily cause it!): other developmental delays, an obese mother who gains a lot of weight during a pregnancy, allergic diseases such as asthma or eczema and kids born less than 18 months or more than 60 months after their siblings.

While we don’t know exactly what causes autism, multiple large studies have shown that vaccines do NOT cause autism.

When can you identify autism?

Sometimes as early as infancy. Infants with autism may make less eye contact or show “indifference to caregivers,” according to the Mayo Clinic. However, most children are diagnosed after two years old. Others develop normally and then suddenly lose language skills and show signs of ASD in other ways. The CDC has developed tools to help parents track milestones for their children to aide in a possible early diagnosis. The less severe their disease, the later in life people are typically diagnosed. Pediatricians use standardized screening tools to identify ASD at 9, 18 and 24 months, with additional checks as needed.

Studies have shown that parents will often notice developmental problems as early as one, but ASD can’t be diagnosed until two. Parent’s like Mary Elizabeth shared with the CDC that she knew both her kids had developmental delays from a very early age. Her son had repetitive behaviors, speech delays and didn’t make eye contact.

So what can we do about it?

There are a lot of ways to help kids with autism feel and function better. Treatment comes in many different forms. There are different types of therapy, such as applied behavior analysis, which can help kids with behavior. Occupational, physical and speech therapies can be helpful too. There are no medications specifically for curing ASD, but sometimes medications can be helpful for things related to ASD, like mood problems or inability to focus.

One of the most important first steps after diagnosis is linking a child into early intervention services which help with developmental delays of any type. Amy Munera, a mom of three autistic children and president of the Autism Society of San Diego, said finding those services “is one of the most important steps to help minimize gaps early on.” She also reminds parents that each child “is the same person they were before the diagnosis, but now[parents] just have the information to help support their child.”

As many family members of those with autism know, there are many ways to help children feel comfortable while gently expanding their comfort zone. A Y gymnastics center in San Diego partnered with the Autism Society of San Diego to give kids an opportunity to learn some gymnastics skills, while giving families a way to connect with offers supporting those with autism.

“Our monthly Family Gymnastics Night is one of our most popular events. The ability to meet and connect with other families who understand this journey is priceless,” the Autism Society told ABC News. “There is so much judgement that families face in the larger community, so having these supportive and judgement-free places makes a tremendous difference in their quality of life”.

The goal of world autism month is to increase global understanding and acceptance, so let’s help make that happen this year!