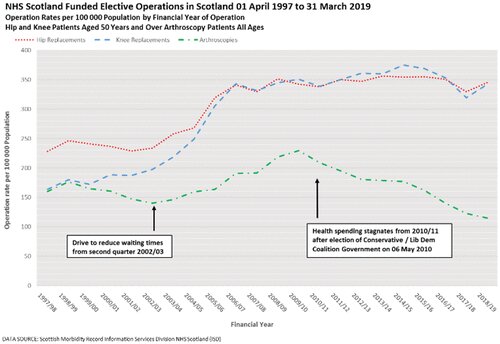 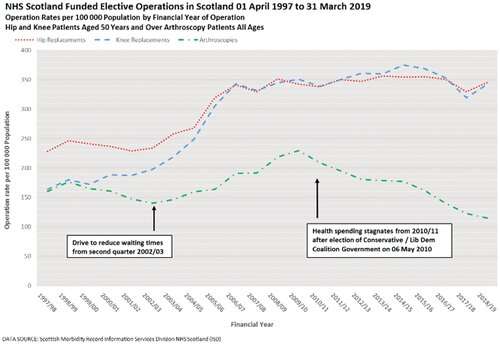 The analysis, published today in the Journal of the Royal Society of Medicine, was carried out by researchers at the Population Health Sciences Institute at Newcastle University.

Graham Kirkwood, Senior Research Associate, said: “The drive to reduce waiting times in Scotland from July 2002 had the effect of reducing inequalities between the most and least socioeconomically deprived patients. This finding held true for each of the three elective procedures analyzed: primary hip replacements, primary knee replacements and arthroscopies.

“Prior to this, for all three treatments, patients in the most deprived areas had longer waits than those in the least deprived areas. The introduction of austerity measures in 2010, with a real-term freeze on health spending, appears to have reversed the gains with waiting times increasing for all patients and the pre-2002 pattern of inequality returning.”

The authors say further research is needed to analyze, compare and contrast the trends and effects of the use of the private sector on waiting time inequalities in Scotland with England.