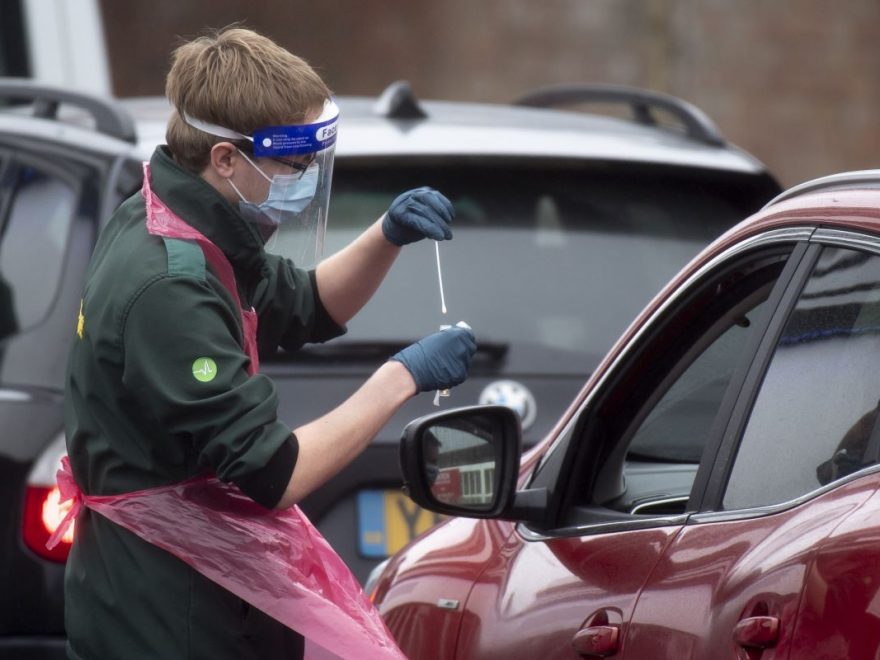 A new coronavirus variant has been detected in the U.K., Nigeria and 11 other countries, including the U.S., according to a report by researchers at the University of Edinburgh.

The variant, dubbed B.1.125, contains a mutation in the virus’s spike protein, which allows it to bind to and enter human cells. Scientists worry that because of this mutation, known as E484K, current vaccines may be less effective against this new variant.

This mutation also appears in the coronavirus variants that have previously been found in South Africa and Brazil, according to The Guardian. It’s also turned up in some samples of the U.K. variant, known as B.1.1.7, as Live Science previously reported. Researchers think that the E484K mutation can help the virus evade so-called neutralizing antibodies, which bind to the virus and prevent it from infecting cells, according to The Guardian.

Simon Clarke, an associate professor of cellular microbiology at the University of Reading, told The Guardian that the E484K mutation makes the South African variant resistant to some vaccines, and he worries that the new variant may also be somewhat resistant.

“We don’t yet know how well this [new] variant will spread, but if it is successful it can be presumed that immunity from any vaccine or previous infection will be blunted,” Clarke told The Guardian.

—20 of the worst epidemics and pandemics in history

According to the Centers for Disease Control and Prevention, the viral variants from South Africa, the U.K. and Brazil all seem to be more contagious than the original coronavirus strain. But that has not yet been found true for this new variant.

“There is currently no evidence that this set of mutations causes more severe illness or increased transmissibility,” Yvonne Doyle, medical director at Public Health England (PHE), said in a statement, according to Reuters.

As of Feb. 17, 46 cases of the new variant had been confirmed by gene sequencing in the U.K., according to government documents. B.1.125 was first detected in samples from people with COVID-19 in Nigeria in December 2020, according to the University of Edinburgh report, though PHE notes in a blog post that “investigations are ongoing to confirm its country of origin.” The University of Edinburgh report also notes that as of Feb. 17, the variant had been detected by genetic sequencing in 12 U.S. cases.