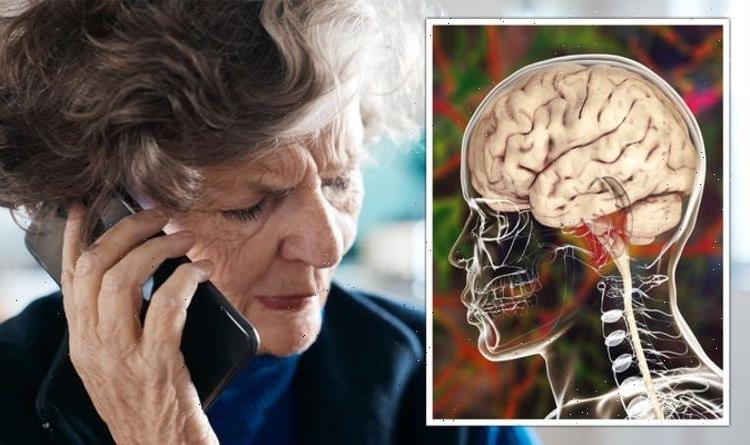 Caseloads of Alzheimer’s disease are expected to soar in coming years, with experts warning diagnoses could triple by 2050. These alarming figures have boosted efforts to understand the disease in a bid to find an effective cure. To date, robust evidence highlights the importance of assessing personality traits to determine the risk of cognitive decline. In a new study, researchers discuss how two personality traits may predispose individuals to neurodegenerative disease.

The study, published in the journal Biological Psychiatry, has linked low conscientiousness and neuroticism to hallmarks of Alzheimer’s disease.

Researchers from the Florida State University College of Medicine found that changes in the brain associated with Alzheimer’s disease are often visible early on in individuals with the two personality traits.

The meta-analysis comprised an amalgamation of data from the Baltimore Longitudinal Study of Ageing, and previously published work summarising 12 studies including a total of 3,000 participants.

It has previously been shown that those who score high on the personality traits of neuroticism and low conscientiousness have a faster decline and an increased risk of Alzheimer’s disease.

READ MORE: Dementia diet: Eating just a tablespoon of this food every day can reduce risk

Previous work has shown that neuroticism, which refers to individuals feeling worried, moody, anxious and guilty, has different subtypes which are coded by different genes.

Researchers had established that the personality trait, which typically develops in people who experience trauma and adversity, doubled the risk of Alzheimer’s disease.

Equally, researchers have previously demonstrated the life-prolonging benefits of conscientiousness, a personality trait that reflects an individuals tendency to be organised and disciplined.

Research has shown that individuals with a high conscientiousness score had an 89 percent reduced risk of Alzheimer’s disease, compared to those with a low score.

Antonio Terracciano, professor of geriatrics at the College of Medicine, noted: “We have done studies showing who’s at risk of developing dementia, but those other studies were looking at the clinical diagnosis.

“Here, we are looking at the neuropathology, that is, the lesions in the brain that tell us about the underlying pathological change.

“This study shows that even before clinical dementia, personality predicts the accumulation of pathology associated with dementia.”

Upon analysing the data, the researchers noted higher amounts of amyloid and tau deposits in participants who scored higher in neuroticism and lower in conscientiousness.

What’s more, these associations appeared to be stronger in the studies conducted on cognitively normal people compared to those on cognitively impaired individuals.

The team suggested the findings highlight the protective effects of personality against Alzheimer’s disease.

Terraciano said: “Such protection against neuropathology may derive from a lifetime difference in people’s emotions and behaviours.

“For example, past research has shown that low neuroticism helps with managing stress and reduces the risk of common mental health disorders.

The researchers hypothesised that more adaptive personality traits “may better support metabolic and immunological functions, and ultimately prevent or delay the neuro-degeneration process”.

Terracciano added: “Until recently, researchers measure amyloid and tau in the brain through an autopsy after people died.

“In recent years, advances in medical imaging have made it possible to assess neuropathology when people are still alive, even before they show any symptoms.”