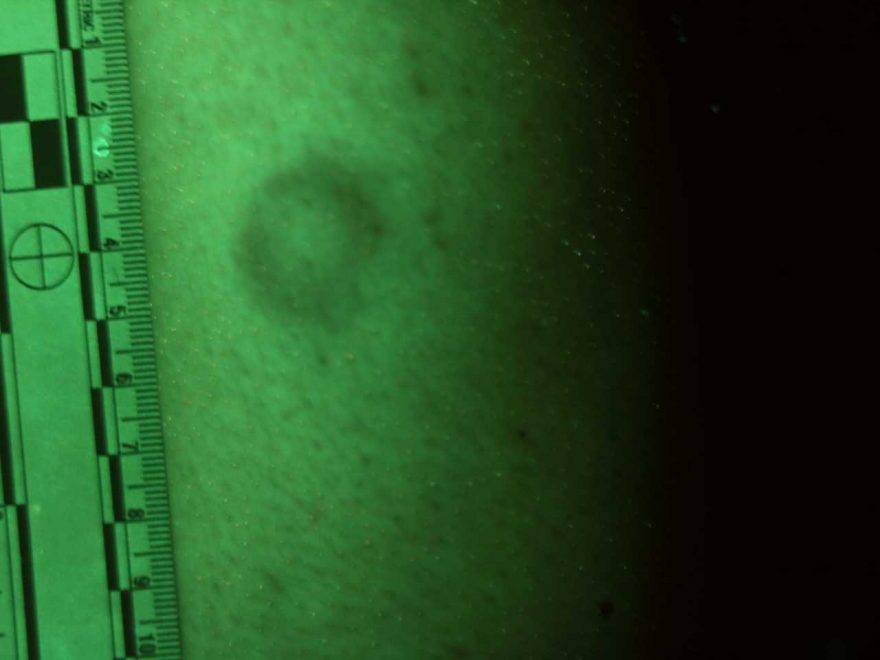 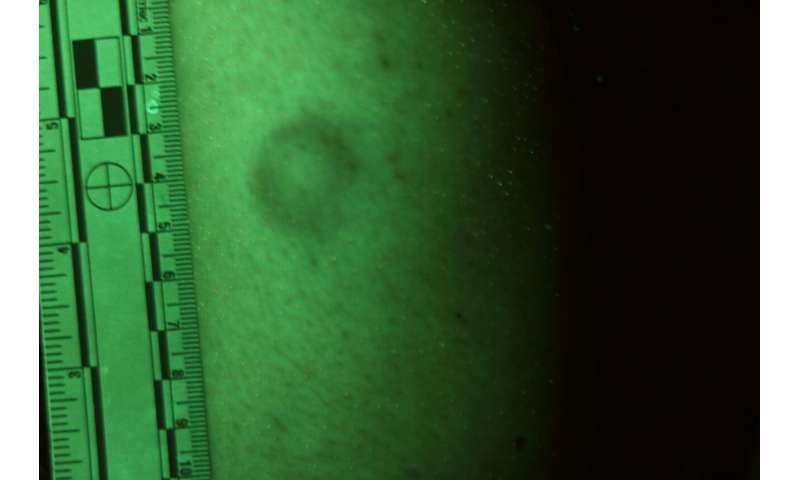 Bruise detection and diagnosis is currently conducted by sight, under regular light, and bruises are often difficult to see on victims of violence depending on their skin color and the age of their injury.

As a result, individuals with dark skin tones are at a significant disadvantage in having their injuries properly identified and documented. This can have a significant impact on both medical and legal outcomes for victims of violence. For example, strangulation, a violent act often perpetrated during intimate partner violence, is now charged by many states as a felony. Detecting bruises associated with these dangerous offenses can provide important evidence towards prosecution.

To address the challenges of detecting bruises, Scafide and colleagues conducted a randomized control trial with 157 participants to test the effectiveness of an alternate light source at detecting bruises compared to commonly used white light. They also assessed the impact of skin color, age, gender, localized fat, and mode of injury on bruise detection. They found that using alternate light was five times better at detecting bruises on victims across a variety of skin tones than white light. Results of the study were published in the Journal of Forensic Sciences.

“As domestic violence rates soar worldwide during the COVID-19 pandemic, we need innovative ways of capturing its effects on victims,” urges Dr. Katherine Scafide, a forensic nursing expert who led the randomized control trial at the College of Health and Human Services at George Mason University. “Alternate light could be the tool towards addressing the disparity in detecting bruises across diverse populations.”

“Alternate light improves our ability to see bruises,” explains Scafide. “We need to implement this technology into the care of adult patients who have experience physical trauma, but only after evidence-based guidelines are developed and evaluated.”

Scafide cautions that alternate light can detect bruises but should not yet be used to diagnose bruises because other skin lesions (e.g., scars, hyperpigmentation) may appear similar when viewed using this technology. Alternate light should only be interpreted in conjunction with a history of injury and other physical assessment findings.