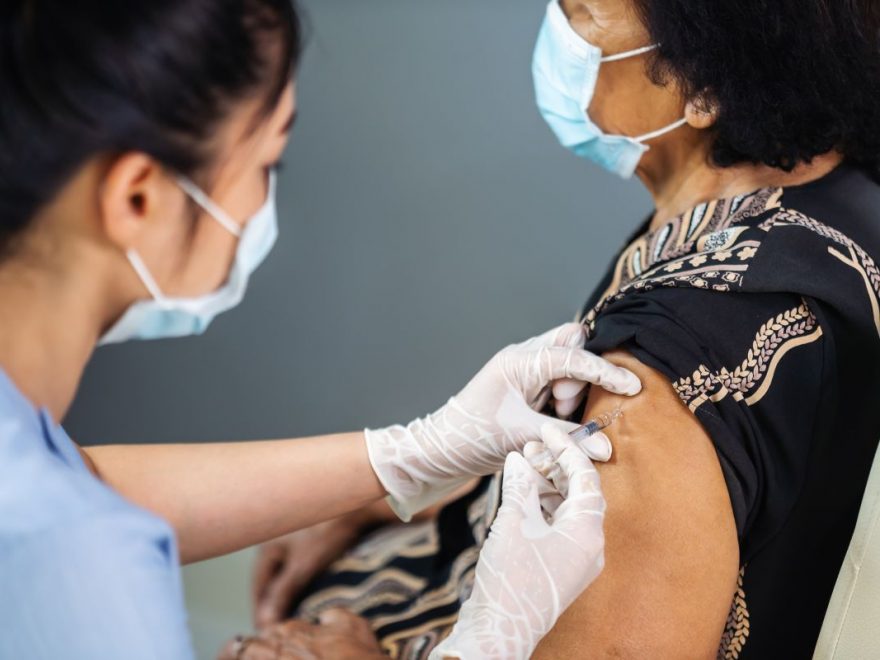 All seniors, health care workers, first responders and vulnerable individuals could be vaccinated against COVID-19 by the end of January, the U.S. Department of Health and Human Services (HHS) Secretary Alex Azar told reporters Wednesday (Oct. 21) during a news briefing.

But this ambitious timeline rests on a critical factor: enough data to know that the vaccine is safe and effective. Not even the drug companies conducting late-stage phase 3 clinical trials know yet if their candidate vaccines meet those standards.

The question of “when” we will know whether those vaccines are safe and effective “will really be dependent on events in the trial. That’s outside of anyone’s control,” Azar said. In order to understand whether or not a potential vaccine is protective against COVID-19, enough people enrolled in the trial need to be exposed naturally to the virus.

Pharmaceutical giant Pfizer, which is testing one of the leading vaccine candidates in the U.S., expects to have enough safety and efficacy data by the third week of November. Assuming the results are positive, the company will at that point apply for emergency use authorization (EUA) in the U.S., according to a statement published online Oct. 16 by the company’s Chief Executive Officer Albert Bourla.

But even if vaccines are approved, it’s not clear how long it will take to manufacture and distribute them to everyone in the U.S. As part of the government’s Operation Warp Speed, many of the leading vaccine candidates are already being manufactured prior to trial results. These vaccines will be ready to be distributed before they are given approval, Azar said.

By the end of the year, officials expect that there will be enough FDA-authorized vaccine to be able to vaccinate the most vulnerable individuals, Azar said. “Then by the end of January, we expect we’ll have enough to vaccinate all seniors as well as our health care workers and first responders. And by the end of March to early April, enough vaccine for all Americans who would want to take a vaccine.” However, he did not mention children, an age group on which the leading vaccines have not yet been tested and who will thus likely receive a vaccine much later.

“Having a vaccine ready is one thing, being able to deliver it is yet another,” said Dr. William Schaffner, an infectious-diseases specialist at Vanderbilt University in Tennessee. “I think that process will take much longer than this timeline.”

One of the reasons for that is public skepticism on the safety and efficacy of COVID-19 vaccines, which runs high especially in African American and ethnic communities that have been disproportionately affected by the virus, Schaffner told Live Science. Surveys have shown that as many as half of Americans do not trust these vaccines, he said. That’s because “this whole process is so politicized, unfortunately.”

When a vaccine is approved, assuming that it meets the standards of efficacy and safety and has been thoroughly vetted by the Food and Drug Administration’s external advisory panel, “we’re going to have to work…very very hard,” to reassure people that the vaccines are safe, effective and worthwhile to get, Schaffner said. The first group of people that will need convincing are the medical professionals, because they are the ones that will be reaching out to their patients to provide knowledge and reassurance, Schaffner added.

In order for people, including the medical professions who are “standing back and watching this with great care and skepticism themselves,” to be convinced, complete and transparent data from these clinical trials will need to be published from day 1, Schaffner said. How successful vaccination programs are is “likely to vary substantially across the country.”

To get into the hands of the public, the vaccines will first need to pass five independent checkpoints, and so people in the U.S. should “feel very reassured,” by the process, Azar said.

First, an independent data safety and monitoring board will examine the data and determine if a vaccine clinical trial has achieved its pre-specified endpoints, or milestones that can clearly show whether or not a vaccine is successful. If it has, that data will be revealed to the company and the FDA, he said. Second, the company will have its own review process, and the results will have to meet their own ethical standards before the company submits an EUA. Third, the FDA will evaluate the vaccine according to two sets of guidance, a general vaccine guidance for COVID-19 and a second EUA guidance. Fourth, an external advisory committee will advise the FDA and this meeting will be webcast for the public. And fifth, the FDA’s career scientists will decide whether to approve the vaccine, Azar said.

But there will also be physical roadblocks to the distribution of the vaccines. “There are going to be packaging, shipping and handling issues as there are with all vaccines,” Schaffner said. Pfizer’s vaccine, for example, needs to be kept at extremely cold temperatures around minus 70 degrees Celsius (minus 94 degrees Fahrenheit). So the vaccine can’t just be distributed to doctor’s offices and pharmacies because they don’t have the freezer capacities, Schaffner said. Instead, states will have to set up vaccination centers, which is currently being planned out.

“There are very restrictive constraints on how that vaccine is to be used, people need to be trained for that,” Schaffner said. “The other vaccines likely could be distributed by the average clinic and physician’s office and pharmacy but they may come online later.”

Of course, this is all assuming that these vaccines will be sufficiently effective and safe, he added. Clinical trials aren’t without their own hiccups.

For example, a phase 3 trial of one of the world’s leading coronavirus vaccines, developed by AstraZeneca and the University of Oxford, is still on pause in the U.S. while the FDA reviews the case of a participant in the U.K. trial who developed spinal cord damage. While these pauses are normal in a clinical trial, it can cause delays. The 37 volunteers in the AstraZeneca trial in the U.S., should have already received a second dose of the vaccine, for example, but they didn’t due to the pause, according to NBC News.

“I wish we had a crystal ball,” Dr. Jay Butler, the Centers for Disease Control and Prevention (CDC) deputy director for infectious diseases, said in the briefing. “I wish I could say everything is going to go 100% according to plan, but we also know that we have to be ready for if it doesn’t.”

—The 12 deadliest viruses on Earth

Looking at current trends, “it’s reasonable to expect that we will have at least one, possibly two products available for the end of the calendar year,” he added.

Even when the general public is vaccinated, the vaccines will likely not be 100% effective. The FDA requires that the vaccine be at least 60% effective, Schaffner said. “I think the public will be dismayed to know that even though they’ve received the vaccine, they’ll have to keep wearing a mask and social distancing,” for a while until the spread of the coronavirus is substantially diminished, he added.

“There’s this illusion that once you get vaccinated it’s like putting on a suit of armor, you don’t have to worry about it anymore,” he said. “That’s incorrect.”