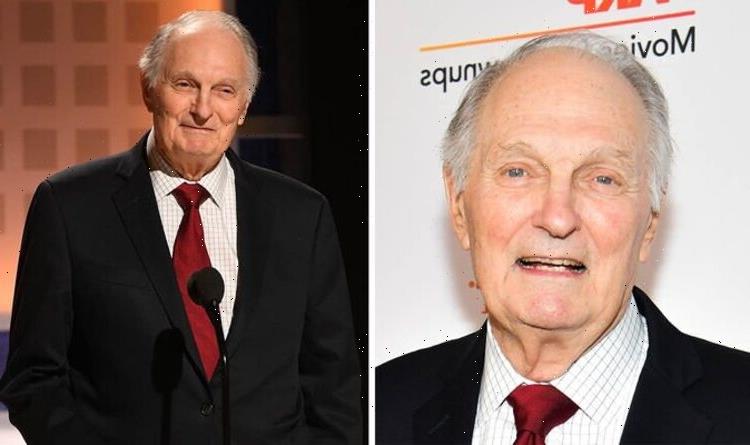 Alan Alda: I've had a full life despite my parkinson's diagnosis

The 86-year-old, whose acting career began in the 1950s was already used to severe health conditions, after battling polio as a child. Due to this, it came as no surprise that since his diagnosis of Parkinson’s disease back in 2015, three years before he announced it on CBS This Morning, the star has continued to live a full life. The Marriage Story star revealed that he and his wife Arlene Weiss, 89, continue to laugh regularly together, and he was trying to stay fit by taking “boxing lessons three times a week.” In addition to how he is coping with the condition, Alda also revealed the first symptoms he noticed and what prompted him to go to the doctors in the first place.

“In 2015, I read an article in the New York Times by Jane Brody, in which a couple of doctors said some of their Parkinson’s patients had one particular early symptom, and it’s an unusual one: People act out their dreams while they’re asleep. I realised I had done just that,” Alda said in a 2020 interview.

“I had dreamed somebody was attacking me, and in the dream I threw a sack of potatoes at him. In reality, I threw a pillow at my wife.

“So, believing there was a good chance I had Parkinson’s, I went to a neurologist and asked for a brain scan.

“He examined me and said, ‘I don’t think you need a scan. You don’t have any symptoms.’ I said, ‘Well, I’d really like the scan anyway.’ And he called me back and said, ‘Boy, you really got it’.”

Remarkably, after being handed his diagnosis, Alda focused on what he could do to “hold off the worst symptoms.” This included a lot of exercise, and training with a specialist.

He added: “I began to exercise. A lot of people hear they have Parkinson’s and get depressed and panicky and don’t do anything, just hoping it’ll go away.

“It’s not going to, but you can hold off the worst symptoms. Movement helps: walking, biking, treadmills. But also specific things: I move to music a lot.

“I take boxing lessons from a guy trained in Parkinson’s therapy. I do a full workout specifically designed for this disease.

“It’s not the end of the world when you get this diagnosis.”

In fact, Alda has used his condition to his benefit, as when filming for the hit Netflix film Marriage Story, in which Alda’s character suffers from a tremor. On this, Alda commented: “Whenever they did close-ups of my hand, I was supposed to be shaking a bit, so I had to fake it. My hand didn’t shake that much. Now I could give them a good shake.”

Parkinson’s disease is a condition that affects multiple parts of the brain. As the condition is progressive, this damage gets worse over multiple years, making it increasingly difficult for individuals to carry out everyday activities without assistance.

Although Parkinson’s disease does not directly cause people to die, the condition can place great strain on the body, and can make some people more vulnerable to serious and life-threatening infections.

The three main symptoms of Parkinson’s disease, according to the NHS are:

But an individual with the condition can experience a wide range of other physical and psychological symptoms. This includes REM Sleep Behaviour Disorder (RBD) – a chronic sleep condition characterised by dream enactment.

Within the study, participants were examined and found that during sleep, participants with Parkinson’s disease showed a reduction in signal in the locus coeruleus/subcoeruleus – an area in the brainstem.

Luckily, for individuals diagnosed with Parkinson’s disease advancements in treatment means that it is possible to have a normal or near-normal life expectancy with the condition. The Parkinson’s Foundation also recommends that exercise and physical activity can “improve many symptoms”.

The Parkinson’s Outcomes Project – the largest-ever clinical study of Parkinson’s disease which started in 2009 – shows that people with the condition who start exercising earlier and a minimum of two and a half hours a week, experience a slowed decline in quality of life compared to those who start later. Therefore, establishing early exercise habits is essential to overall disease management.

To help manage the symptoms of Parkinson’s, individuals are recommended to ensure their exercise program includes the following: