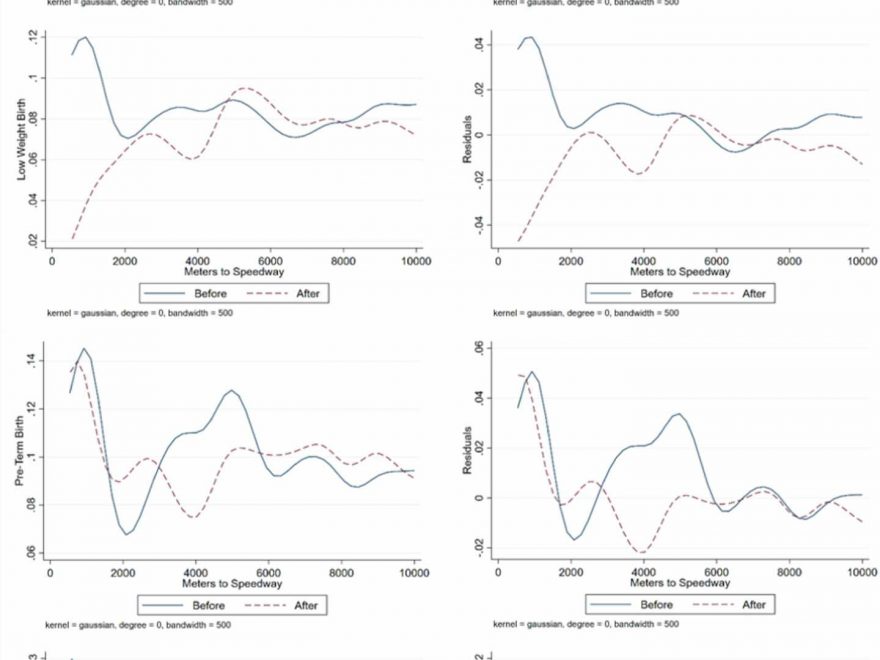 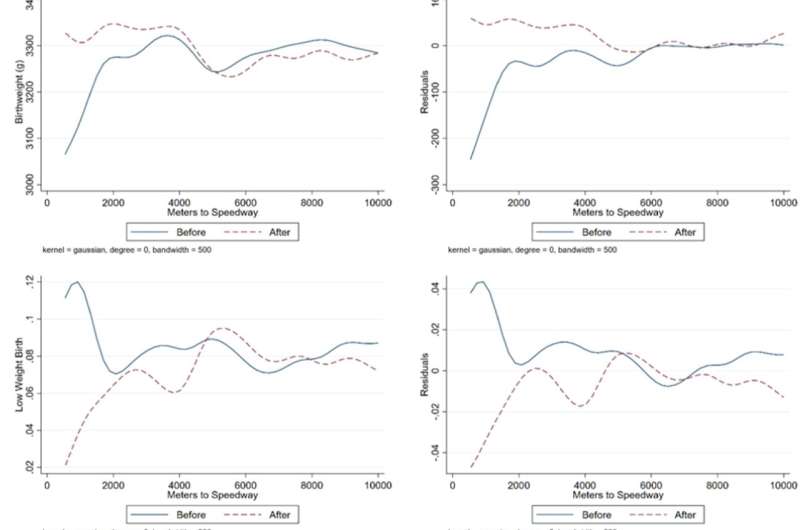 Even short-term exposure to airborne lead during pregnancy could lead to adverse birth outcomes, according to new research at Brandeis.

Senior Associate Dean of Brandeis International Business School and Associate Professor of Economics Linda T.M. Bui and a team of economists from around the country took a unique approach to reach their findings—they examined birth data near a NASCAR speedway.

The Environmental Protection Agency began phasing out leaded gasoline for most uses in the United States in the 1970s. It was fully phased out by 1996, with a few exceptions: Airplane fuel, some industrial purposes, and NASCAR races. The exception was made for NASCAR because, at that time, their cars could not sustain high-speed endurance races without leaded gas. Auto racing technology eventually advanced to the point where leaded gas wasn’t needed anymore, and NASCAR voluntarily switched to unleaded gas in 2007.

The change created a unique environment for examining the impact of short-term lead exposure. Unlike airports and industrial sites, where residents nearby are exposed more regularly to airborne lead, NASCAR tracks were only used periodically for racing events using leaded gas.

“You don’t have much other ambient lead around these tracks. From a researcher’s point of view, that offered a really nice experiment,” Bui said. “There is already research that suggests connections between living around airports and industrial sites and health risks, and with reduced test scores among children. Our paper suggests that perhaps even spending a few days or a week in one of these areas may be enough to increase the risk of an adverse outcome if you are pregnant.”

The research, published in the journal Environment International in August, examined birth data of over 14,000 babies born in the area surrounding the Charlotte Motor Speedway in North Carolina, which hosted two leaded racing events per year before NASCAR deleaded its fuel. After deleading, children born to mothers residing within 4,000 meters of the speedway experienced an average increase in birth weight of 102.5 grams, and the probability of low birthweight and preterm births declined by small margins.

About 100 grams may seem insignificant, but previous research found survival rates increased from 62% to 79% for infants born at 600 grams compared to 700 grams.

The research raises questions that can only be answered by further medical research on the effects of airborne lead and health, Bui said. The Centers for Disease Control and Prevention has gradually lowered its recommendation for health intervention when it comes to lead levels in blood samples taken from children, from 10 micrograms per deciliter in 1991 to 5 micrograms in 2012. The current standard, set last year, is 3.5 micrograms. That still may not be low enough, Bui said.