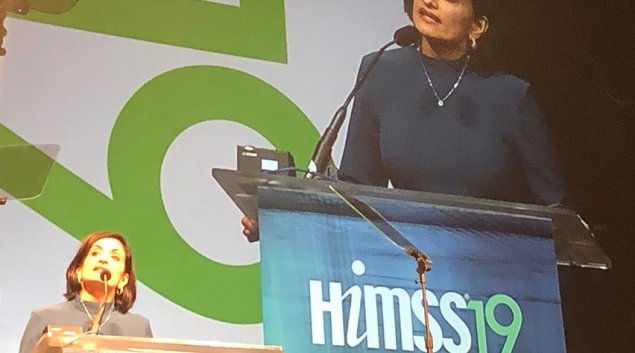 To a degree not quite seen before, a major piece of the proposed interoperability rules put forth by the Centers for Medicare and Medicaid Services this past month is new regulation aimed at payers.

“By requiring health insurers to share their information in an accessible format by 2020, 125 million patients will have access to their health claims information electronically,” said CMS Administrator Seema Verma when the rules were announced in February.

“From health plans to hospitals and clinicians to post-acute care providers, we want every stakeholder focused on the need for seamless data sharing.”

WHY IT MATTERS
The momentum behind that move had been building for some time. This past summer, as part of the Blue Button 2.0 initiative, CMS made Medicare data available for some 40 million beneficiaries.

“Were’ not stopping there, we are leading by example and calling on all insurers to release data in an API format,” said Verma at the time. “You’ll see through our regulatory process that we’re very serious about that.”

While AHIP says it agrees with the value of offering “seamless access to health information by providers and patients to make better choices about care and treatment,” the group’s members have “significant concerns that the implementation timeline” in the proposed rule is “unrealistic.”

The 2020 start dates for compliance (either Jan. 1 or July 1, depending on the type of health plan) “are simply not feasible,” said AHIP officials, and “would pose significant compliance burdens not only on health insurance providers, but also healthcare providers and others.”

WHAT ELSE TO KNOW
The comments were not AHIP’s official response to the proposed rules – the comment period is open until May 3 – but the group emphasized that it has big concerns about the aggressiveness of the the proposed requirements.

“Additional time will be needed to ensure that entities can comply with standards that are still being developed,” officials said. “The timeline also should take into account the fact that once those standards are finalized, health insurance providers will have to build and test the new standardized technology as well as ensure that the third-party entities are able to securely connect to their systems.”

Healthcare IT News is a HIMSS Media publication.