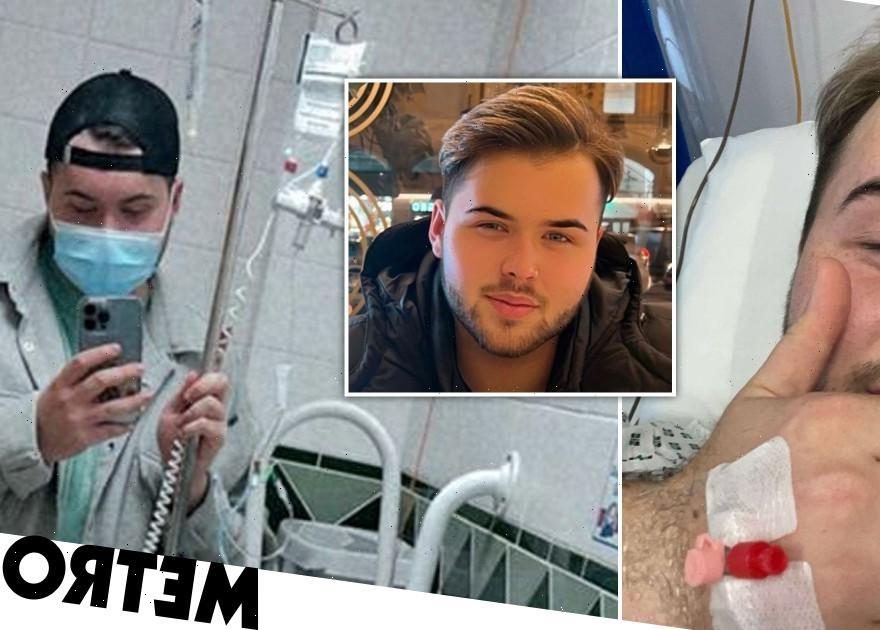 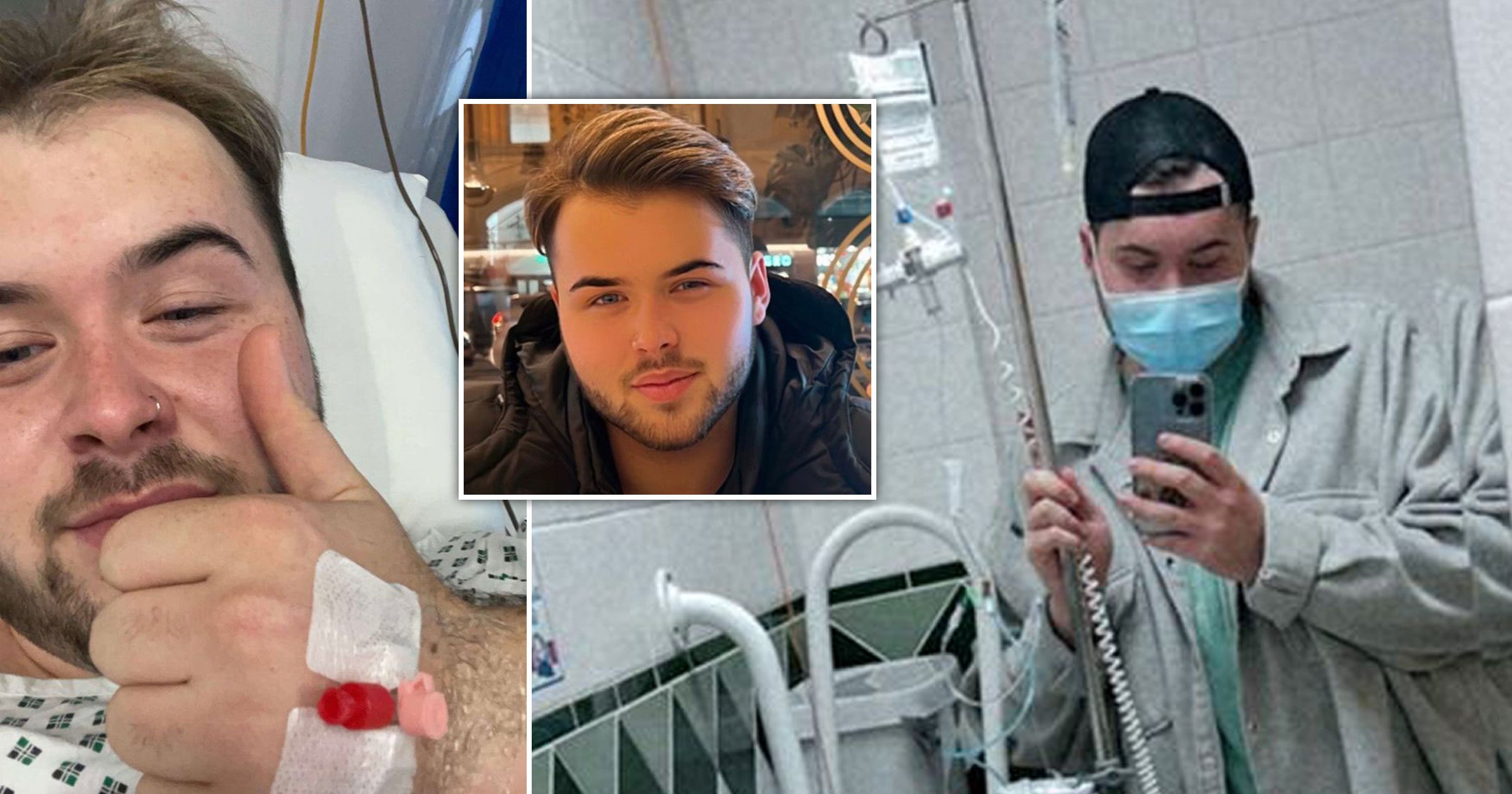 Jak Howell first noticed what he thought was an itchy bite on his back around a year ago, but he didn’t think much of it at the time.

Just three weeks later, the 21-year-old would learn that the ‘spot’ was actually stage three melanoma.

‘On my lower back, I had a spot, and it started getting really itchy,’ he said.

‘I thought it was just a bite, so I ignored it. Then I was in the shower and I scratched it, and it bled – it was bleeding quite a bit.

‘I asked my mum what she thought about it and she said “that’s not right” and said I should go to the GP.

‘I was in such a state of denial, but I emailed photos to the GP – the appointments were by email during the pandemic – and they told me to go straight to hospital.’

At Singleton Hospital in Swansea, a sample of the spot was taken for testing, and the results showed that it was a melanoma.

Since his diagnosis, Jak, who’s from Sketty, has had several rounds of immunotherapy as well as major surgery on his back.

He’s been told that his cancer has spread to lymph nodes above his groin, so has to undergo further gruelling treatment over the next six months.

‘It’s been an absolute whirlwind’ he said. ‘I’ve been back and forth to the doctors.’

‘I’m halfway through the year of treatment. It’s not been great, but I’m always trying to stay positive,” he said. ‘I start a new treatment on Monday.

‘Typically, people find out they have melanoma when they’re at stages one or two, but I was diagnosed at stage three advanced, now I’m borderline stage thee/four.

‘But I’m staying positive about it, I have to.’

Jak says his mum, dad and colleagues have been amazingly supportive, along with charities Young Lives vs Cancer and the Teenage Cancer Trust.

He said: ‘A year ago, I was thrown straight in the deep end.

‘I was having to go to appointments by myself as pandemic rules meant you couldn’t take anyone with you. It was really hard, there was so much information.

‘But Young Lives vs Cancer and the Teenage Cancer Trust were amazing. They’ve given me crazy amounts of support. They’ve texted and called me all the way through.’

Last year, the two charities joined forces to launch the Hand2Hold campaign to raise awareness of the experiences of 16 to 25-year-olds who were receiving news that they had cancer, attending appointments or facing treatment by themselves.

Jak told WalesOnline: ‘I think getting that diagnosis was a lot harder over the phone because it didn’t feel like real life. The first phone call I had, I was at work.

‘I remember going outside on my phone and it just all hit me at once. I was nervous, and I was shaking, I remember going red in the face and tears and I thought “calm yourself down, go back to work” and I think now looking back it was a really silly thing to do.

‘I had to go in for surgery on my own which was just horrendous, I was so frightened. My mum was worrying like mad, and she was sitting outside in the car.

‘It was really really cold and she was sat in the car and she didn’t want to keep the car on to waste the petrol with the heating on. I kept telling her “go home, keep the warm” but she didn’t, she stayed outside. I was really frightened, and I kept saying “is there any chance I could have my mum?”

‘One time I was in A&E and I remember looking around and there was a young girl, and she had a bandage wrapped around her knee, she was sat between her mum and her dad and I remember thinking “it’s nice she can have that comfort round her to get her by” but then in your head you question “why can’t I have that comfort, why have I got to do all this on my own?”‘

Associate director at Young Lives vs Cancer, Helen Gravestock said: ‘For many, life may seem to be getting back to some sort of normality, yet young people with cancer up and down the UK continue to go to hospital alone.

‘The picture may have improved across the UK since the toughest restrictions last year, but there are still young people hearing they have cancer, going for treatment and follow-up appointments without a hand to hold. It’s not right.

‘The picture is inconsistent for young people across the UK, while one young person may have a parent or friend by their side, another is alone.

‘We believe every young person should receive age-appropriate care when facing cancer, which includes having someone by their side.’

When he’s not working in his local pub or getting treatment, Jak spends his time helping young people who are experiencing mental health problems.

‘I’m really passionate about supporting young people with their mental health,’ he said. ‘I’m looking to set up a campaign to help them.’

When asked what he’d say to anyone concerned about a spot or something else suspicious on their body, he said: ‘My advice is just go straight to your doctor.

‘Even if you think it’s the stupidest thing, just go and see them.

‘If it is cancer or something, there are lots of people to support you.’