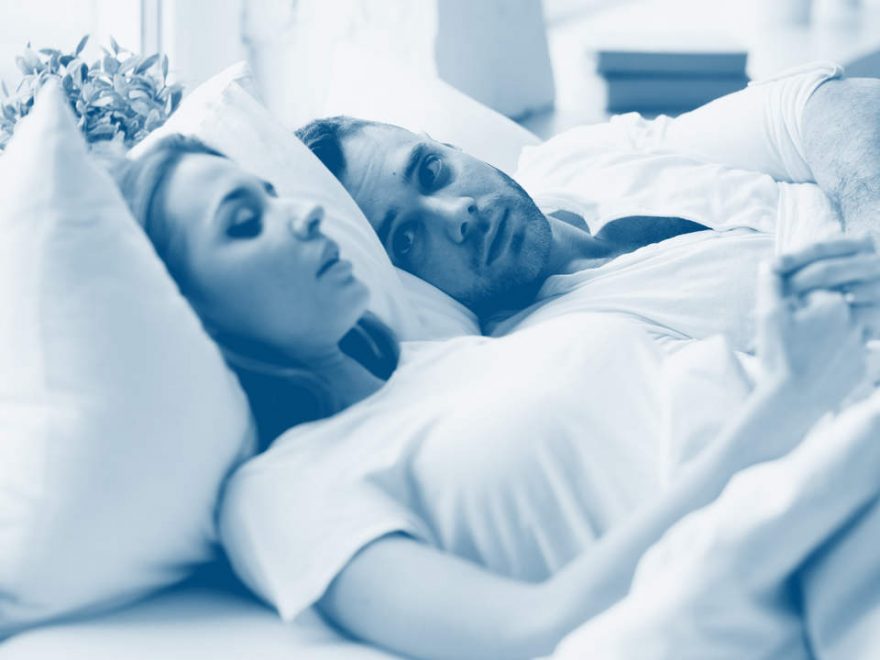 During the first months after the wedding, most couples enter the honeymoon stage—that blissful period of time when both partners are so wrapped up in newlywed lovey-dovey mushiness, bystanders beg them to get a room.

But this isn’t the case with one 30-year-old new bride, who wrote an emotional Reddit post last week about how her husband, who’s 27, blindsided her by suggesting she get Botox. For real.

The Redditor started her post by explaining that she noticed her husband had been acting distant and even crying. “Finally fed up with this grey cloud ominously hanging over our marriage, I begged him to tell me what was wrong…mind you, only after he woke me up in the middle of the night in tears,” she wrote.

“Very seriously and solemnly he looked in my eyes and quietly asked, ‘Would you consider getting Botox?”

Of course, the wife was in utter shock to discover that she was the cause of his pain—or more specifically, her looks were driving him to tears. And if asking his wife to get facial fillers wasn’t enough of an upset, he added this little kicker, “It fucks me up to see you smile or laugh.”

After her husband body shamed her, she said she went numb…and then told him she felt they had no choice but to divorce.  “I told him that when I look at him, I see perfection,” she wrote. “And why don’t I deserve the same?” Yes girl, you do deserve the same, in our opinion as well as that of the more than 250 Redditors who chimed in with comments.

“Yeah, sounds like he has some serious mental issues. This isn’t about you. He needs some therapy to figure out what is going on,” one person wrote. Many said something was obviously wrong with her man and encouraged her to leave him.

This wife concluded her post by saying that she’s struggling to see herself as beautiful again, and she doesn’t know what the future holds for her marriage. “I like myself too much to live the rest of my life constantly feeling under the microscope of my husband, the man who is supposed to love and protect me,” she wrote.

“I don’t want Botox. I’ve always wanted to age naturally and comfortably in my own skin. I love to smile and laugh, and I’ve been told my smile is one of my best attributes. But evidently my happiness is causing my husband pain. How do we rebuild what’s broken?”

Our thoughts are that maybe you can’t rebuild. We’re big on body positivity, and we can’t help but applaud her attitude about beauty and aging. We’re only hearing one side of the story, but based on what we know, it sounds like this woman could do a lot better.