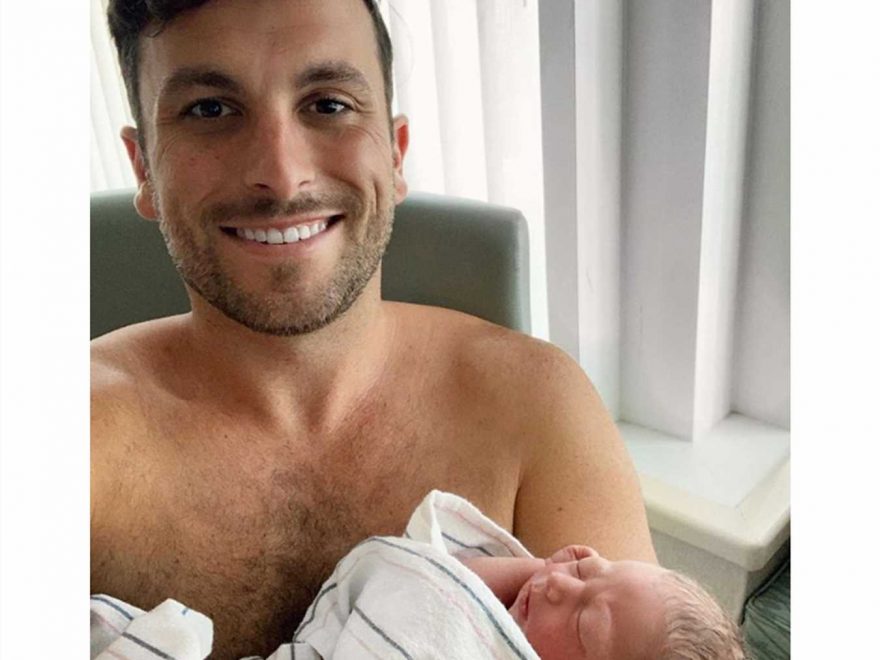 Parenthood the second time around has been a different experience for Tanner Tolbert.

The new father of two stopped by to chat with Nick Viall for Wednesday’s episode of his podcast The Viall Files, where he dished on all things Bachelor in Paradise (including that drama with Demi Burnett) and how life has changed since he and wife Jade Roper Tolbert welcomed son Brooks Easton on July 29.

“Before I had [daughter Emerson “Emmy” Avery, 2], before any pregnancy in my life, I always thought I wanted a boy,” said Tanner, 32. “But to be honest, my connection with my daughter, probably initially, was the most strong. I don’t know if it’s because she was a daughter or she was first … but I feel right now more connected to Emmy.”

“And I feel bad saying that because I’ve got a beautiful newborn son, but maybe it just takes time,” he added. “I will love them equally, for different reasons, but I feel it right now more with Emmy and I don’t know why.”

Tanner said that the “newborn stage” is “really hard” for him this time around — in particular, “the incessant crying” from his 4-week-old son that makes him “go crazy.”

“When Emmy was [a baby], I was working my regular job, and I was gone most of the time,” explained the former reality star. “It was super easy. I hand it to all the stay-at-home moms and dads out there. If you’re staying home with your kid, it’s a lot. I am way more stressed now that I’m not working, at home with two little ones.”

Of Brooks, “He wants Mom all the time” said Tanner, noting, “I don’t have milk here to provide.”

Tanner also joked of his dynamic with his wife of over three years since baby No. 2’s arrival, “What romance?”

In seriousness, their relationship has “changed completely” since Emmy’s arrival, he said, revealing that he wants to have sex more now while Jade, 32, “wants it less.”

“It took a dive [when she started nursing Emmy] and then pretty much right after the breastfeeding stopped, we got pregnant again with Brooks,” Tanner shared. “And now he’s here and we have two kids. It is tough. I feel like I’ve begged for it. And I don’t want to feel selfish — I hate asking, I hate trying, ’cause I don’t want it to be pity sex.”

That being said, he respects his wife’s priorities and they have open conversations about it, saying her focus “should be on the kids, not me.” But regardless, “I do feel on the back burner,” Tanner said.