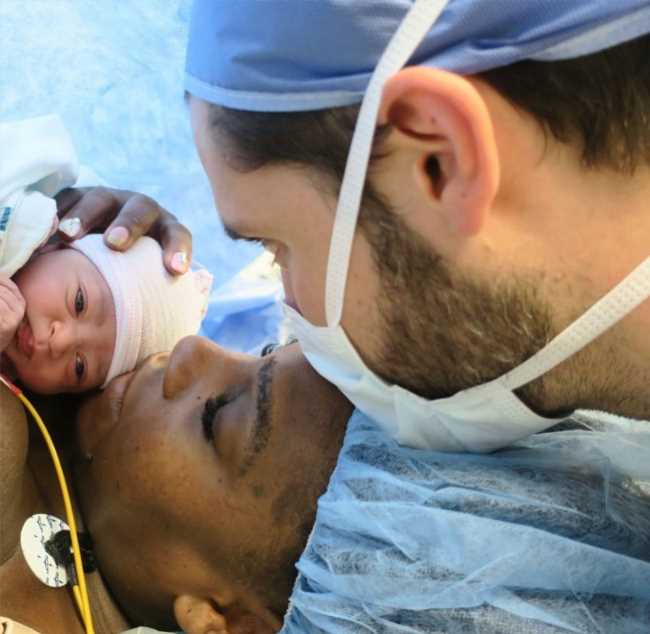 Serena Williams is one proud mama!

As her daughter Alexis Olympia turned 2 on Sunday, the 37-year-old tennis star shared a sweet photo from the day her baby girl was born in honor of the special day.

“The last 2 years have been my greatest accomplishment,” she wrote alongside the image, which showed Williams cradling her newborn in her arms at the hospital while she and her husband Alexis Ohanian stood behind her.

Williams will be spending part of her daughter’s day away from home, as the athlete will be competing in this year’s U.S. Open tournament against Croatian player Petra Martić on Sunday afternoon.

In a recent interview with Forbes, Williams opened up about how it’s often “painful” to be away from her daughter during long tournament days.

“I actually prefer playing in the day because I get to go home and see my baby,” Williams shared, adding that while “in the beginning she would realy be upset when I left, these days they’ve reversed roles.

The mother of one went on to add that while “it’s hard” to be away from her daughter, it comes with the territory of being a working mother.

“Sometimes my heart literally aches when I’m not around her. But, you know, it’s good for me, I guess, to keep working and just — to all moms out there that it’s not easy,” she said. “It’s really kind of painful sometimes. Sometimes you just have to do what you have to do.”

Although Williams did commemorate her daughter’s birthday, the tennis pro and her husband won’t be throwing Olympia a birthday bash.

“Olympia doesn’t celebrate birthdays,” Williams said at a press conference last year. “We’re Jehovah’s Witnesses, so we don’t do that.”

According to the official website for Jehovah’s Witnesses, “although the Bible does not explicitly forbid celebrating birthdays,” followers of the church “believe that such celebrations displease God.“