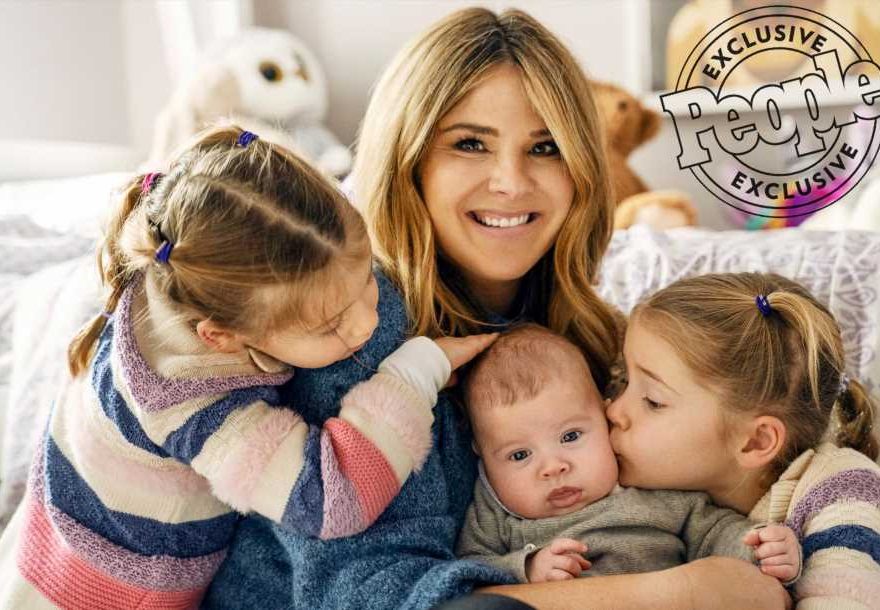 Jenna Bush Hager‘s household just got a lot busier — but she’s soaking it all in.

In this week’s issue of PEOPLE, the former first daughter opens up about the changes that have come about in her routine both at home and in her Today show gig since she and husband Henry Hager welcomed their third child on Aug. 2: son Henry “Hal” Harold.

Hal’s arrival rounded out her family unit alongside two excited big sisters — Poppy Louise, 4, and Margaret “Mila” Laura, 6½, who “share a room” at the moment.

“If I’m alone with all three kids, which I have been because my husband travels for work, it’s tricky,” Bush Hager says. “I’ll put the baby to bed first and then I’ll read with [the girls].”

Her Big Return! Jenna Bush Hager Is Officially Back at the Today Show After Maternity Leave

“I’ll read with Mila a little bit, and then I’ll read a book to [Poppy] and everybody goes to bed. But they’re not asleep. They come out a thousand times,” she adds.

Mila actually recently learned how to read, which is something her mom couldn’t be prouder of. Explains Bush Hager, it “was one of the most magnificently beautiful times in my life.”

“It’s just such a simple thing, but it’s something I love so much,” she says. “You hear these clichés in parenting and they’re all true. ‘Time goes so fast.’ ‘The days are long, but the years are short.’ All of that is a cliché because it’s real, but nobody tells you about these little moments in parenting that will mean the most to you.”

“And I think watching my daughter learn to love something that I’ve loved since I was a little girl has been an unbelievable part of parenting,” Bush Hager continues.

The mother of three certainly has a full plate between parenting her kids, her fourth-hour co-hosting gig at Today alongside Hoda Kotb (she returned to the NBC daytime show on Nov. 11) and her current book tour with twin sister Barbara Pierce Bush, which concludes on Nov. 24.

“What was really a joy of maternity leave was that I got to take my girls to school every single morning,” Bush Hager recalls, admitting she “definitely [has] missed a lot” in her girls’ schedules — “but at the same time, I try to focus on what I can do and what I do bring because I think if we beat ourselves up for everything we miss, then we’re not as happy of a parent as we can be.”

“Henry and I both have big jobs, but I’m hoping that our kids realize the biggest job and our biggest priority is them,” she adds.

For more from Jenna Bush Hager, pick up the latest issue of PEOPLE, on newsstands Friday.