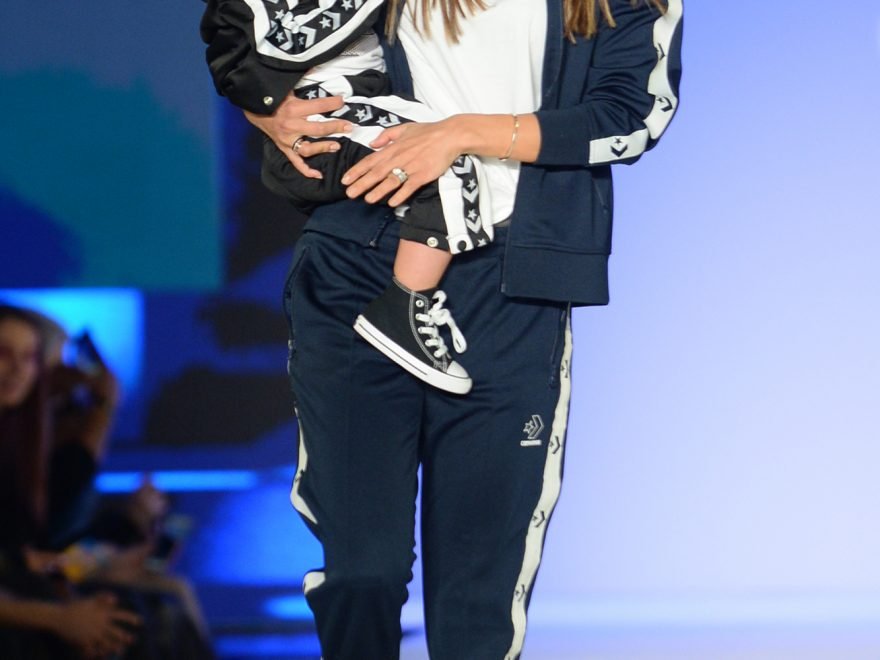 Jana Kramer is refusing to stay silent on those who critique her parenting.

On Sunday, the country singer gave her followers some insight into the realities of parenthood by sharing a video on her Instagram Stories of her daughter Jolie Rae refusing to eat her dinner.

As the 3-year-old whined and pouted over chewing her food, Kramer and her husband Mike Caussin can be heard firmly saying, “Chew it, Jolie.”

That same day, Kramer, 35, also shared a post of her daughter helping in the kitchen and said despite the sweet moment, Jolie was likely to throw a “threenager temper tantrum at any moment.”

Her candid posts prompted some followers to provide their opinions about the reasons behind Jolie’s outbursts, including the suggestion that Kramer was not paying enough attention to her first-born — but the mom of two was not having it.

Screenshotting one of the comments onto her Instagram Stories, Kramer angrily captioned over it “???? You live in my house? So you think u know? No that’s right you don’t!”

She then went on to voice her opinion in a video on her Stories. In it, Kramer explained that she initially shared those posts in hopes that it would be relatable for other moms before clapping back at the shamers for assuming they know everything.

“I know I shouldn’t respond to comments — especially comments like that — but it just drives me crazy that people feel the need to comment on my pictures,” she began, captioning the video with, “I’m. Over. It.”

Want all the latest pregnancy and birth announcements, plus celebrity mom blogs? Click here to get those and more in the PEOPLE Parents newsletter

“And then it makes me upset because I want to be able to post a temper-tantrum of Jolie’s just to keep it real and for the other moms out there [to know] you’re not alone,” she said.

“But yet, I have people trolling my page saying, ‘Well, she’s doing that because of this,’” Kramer continued. “Just stop. You don’t know; you don’t live in this house, you don’t know what’s going on.”

“Please don’t tell me why my child’s acting that way, thanks,” she finished.

Following her daughter’s tantrum and her subsequent angry response to commenters, Kramer shared a photo to her Story of a glass of wine next to the baby monitor and jokingly wrote, “There isn’t enough wine sometimes.”

Though being a parent of two can sometimes be exhausting, the experience has been completely worthwhile for the country singer.

In December, Kramer — who welcomed her second child, a son named Jace Joseph on Nov. 29 — spoke to PEOPLE and shared how she had already learned a valuable lesson from her two young children.

“Being a mom has changed me in so many ways. I had zero patience before kids,” Kramer said. “I love singing, I love acting, I love doing my podcast and creating things, but being a mom is what truly fulfills me. It is the best part of my day, even though it’s the most stressful.”

The former One Tree Hill star also credited her role as a parent for teaching her and Caussin, 31, how to communicate better.

“Our marriage, you think would be more stressful, and don’t get me wrong there are times when we are sleep deprived and short with each other because we’re so tired and you take that out on the people you love, but we have a quicker rebound now,” said the singer, who hosts Whine Down with Jana Kramer and often features her husband on the podcast.

While their kids require a lot of time, the pair are also committed to their relationship.

“We have to take care of our marriage and make sure we have intentional time, which has been really nice,” Kramer added. “You need that in a marriage. You’ve got to make sure you have time for each other.”

In June, Kramer revealed to PEOPLE about how the couple endured three miscarriages and two chemical pregnancies before conceiving naturally following a failed IVF cycle and subsequent loss that February.

“It’s hard because it’s like, ‘Have hope,’ but when you’re in that moment, hope is the hardest to find,” she said. “It’s so hard not to [stress] when you want a family so bad.”

“Babies and having other kids don’t save a marriage but for us, this baby truly has been a savior for us in a way that we’ve really done our work and gotten dirty,” added Kramer of she and Caussin’s efforts since their 2016 separation following infidelity.

“We’re bringing a child into this world. We have to be there for each other and continue to do our own recovery work for him and me and be in a place where we’re bringing [our son] into the best environment possible.”