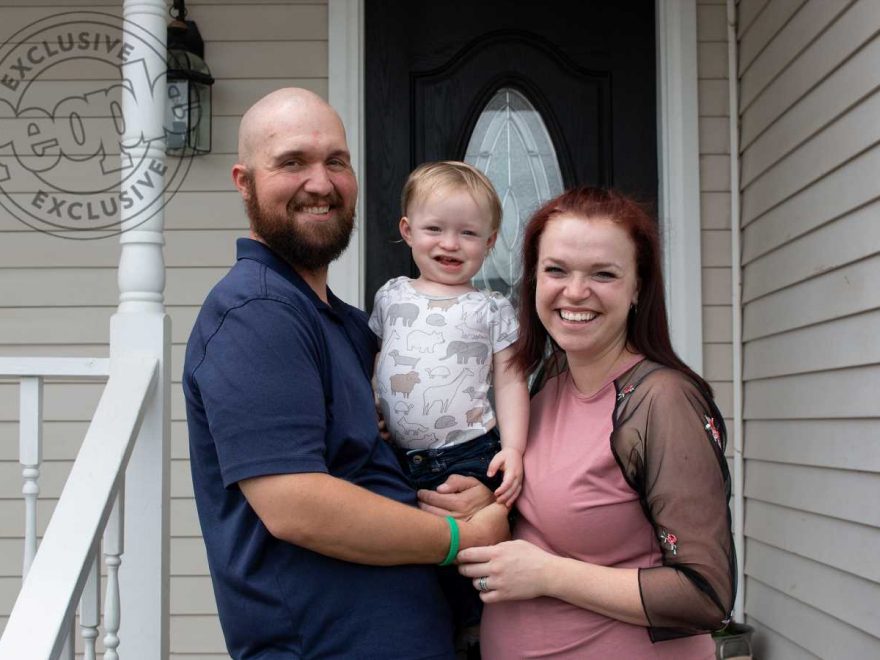 Axel James is getting a baby sister!

Sister Wives star Maddie Brown Brush and husband Caleb‘s second child on the way will be a girl, they reveal exclusively to PEOPLE.

“We are both extremely excited!” the couple tell PEOPLE of giving their 22-month-old son a sister.

The reveal was held over Skype from Maddie and Caleb’s North Carolina home to Flagstaff, Arizona, where much of the family was gathered to find out whether the baby was a boy or girl. Other family members from additional parts of the country Skyped in, too, before they all set off poppers that exploded in pink confetti.

Caleb says he “was extremely surprised” upon learning he was expecting a daughter because “I just had it in my head it would be a boy.”

“I made the ultrasound tech check three times,” the second-time dad-to-be recalls. “I am really excited and nervous to have a little girl.”

It’ll Be a Girl for Pregnant Bringing Up Bates Star Josie Bates and Kelton Balka (Find Out the Name They’ve Chosen!)

As for Maddie, 23, she was “surprised” about having a girl but “had no idea” either way up until the moment the couple learned the news.

“My mom was so excited and shocked, she got a little teared up. Something about a girl I guess,” Maddie adds.

As for the big-brother-to-be? “Axel doesn’t really understand yet, so we are sure he will just be happy to have someone to play with,” she tells PEOPLE.

The spouses of almost three years revealed their baby news exclusively to PEOPLE in January, when Maddie admitted that while “this pregnancy feels less real for some reason,” she’s “still over the moon” about their impending newest familial addition.

Axel, however, might “be a little jealous at first” considering his parents’ “world revolves around him right now and that’s changing just a touch.”

“He’ll have to share, which he’s good at, but I’m not sure about everything,” Maddie explained. “I think once he warms up he will be really happy to have another sibling.”