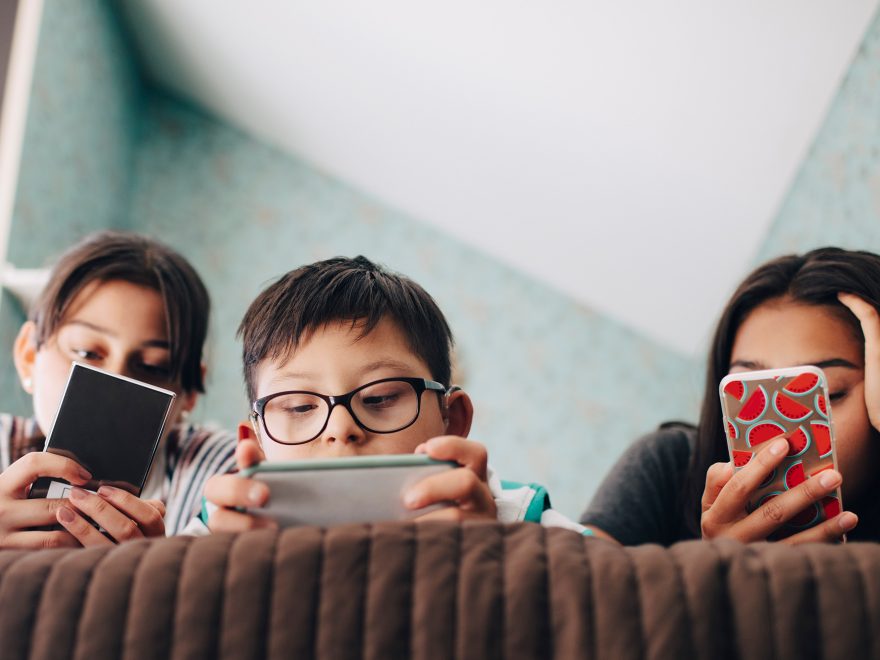 How much screen time is too much for a child, and is there a one-size-fits-all rule? Not so much, according to Facebook’s Global Head of Safety, Antigone Davis.

In a chat with PEOPLE, Davis says that it’s important for parents “to really think about what their families’ needs are” in relation to time spent on a device. For example, she says she met a firefighter who used the platform’s Messenger Kids app to video chat with his children to read them a bedtime story.

“It was really sweet and nice, and something that he wouldn’t have been able to do otherwise,” she points out. “That screen time [is beneficial] if your 3-year-old is at home and you really want to be able to make that connection. You don’t want to say, ‘No, no screen time.’ “

“On the other hand, certainly you want to find ways for your kids to be playing outdoors, to be engaging directly … if you’re lucky enough to have a grandparent nearby, it’s really great to have your parent [or] grandparent right there to play in the yard,” Davis adds.

“If you’re not so lucky, it’s really nice to be able to do some kind of connection via a device,” she continues. “One of the things the American Academy of Pediatrics has really focused in on [is] the differences in screen time, and really trying to identify and give guidance to parents on that.”

Kids Under 2 Spending More Than Twice the Time in Front of Screens Versus 20 Years Ago: Study

Davis tells PEOPLE that she more so “would recommend that all parents engage with their kids” when it comes to staying educated about the content they are accessing via an electronic device, rather than cut it off entirely regardless of situational needs.

“If you can’t be there at the moment that they’re doing something, ask them afterward and take time to have them show you — ‘Oh, here’s what I did during the day,’ ” she encourages. “A lot of it is about conversation.”

“I think the other thing is, parents make mistakes. I’ve made mistakes,” Davis continues. “When my daughter first got her phone … I saw the glow from her room in the evening and I wanted her to have time at the end of the day that was not connected, that was just her own downtime.”

“So I told her, ‘You’ve got to put your phone down. We’re going to set a rule, 9 o’clock.’ And she turned right around to me and said, ‘Well, you don’t put your phone down.’ And she was right. I don’t,” Davis recalls. “And so we both, then, would put [our devices] onto my nightstand and leave it.”

The conversation surrounding attachment to technology and social media is something Davis says is important to tie to “being a good role model” for a child.

“I think families are trying to figure this out together,” she tells PEOPLE. “And hopefully we can help support by providing things like Messenger Kids, providing tools. Inside Facebook, you can set a daily reminder of how much time you’ve been inside the app. So really trying to give people the tools that they need, the resources that they need, and encouraging conversation.”

That support, Davis says, also applies to her fellow moms and dads. As she explains of the chatter surrounding screen time, “I think it’s really important that parents don’t feel judged.”

“One of the things that can get in the way of these conversations is that parents [feel] judged. And they don’t want to say, ‘I stuck my kid in front of whatever watching an hour and a half of videos, because I needed to do’ whatever it might be,” she explains.

“And I think that it’s really helpful if we can try to get past that judgment so parents can actually have meaningful conversations to sort out how they can manage things,” Davis advises.