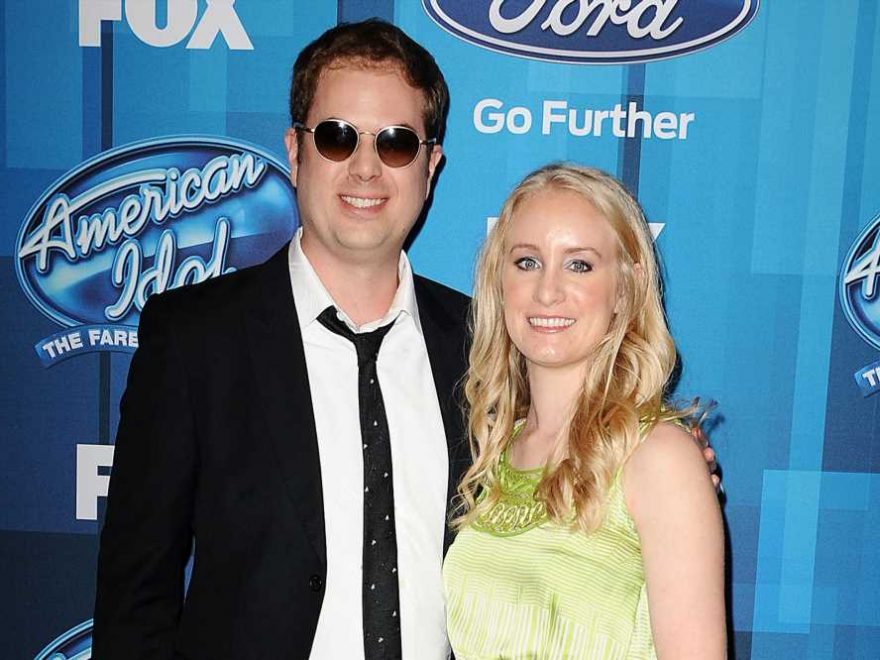 On Tuesday, the American Idol alum, 35, and his wife Christina announced that they welcomed their second child, a baby girl named Stella Christina MacIntyre, into the world on Aug. 18.

Posting an adorable series of shots on Instagram, Scott introduced their new bundle of joy and revealed that she was born on a special day — his 9th wedding anniversary to Christina.

"Introducing Miss Stella Christina MacIntyre, who arrived on 8-18-20 … our 9th wedding anniversary!," Scott began the caption of his post. "We are so thankful for this sweet blessing, and grateful for all your prayers for her little life!"

In the first photo in the series, the family of four pose together, with Scott sitting proudly beside his young son Christian as Christina holds their daughter in her arms. In the next, Christian beams with joy as he poses behind Stella before a single shot of the newborn closes out the picture series.

Scott, who was a favorite with American Idol viewers for his spirit of optimism in the face of adversity, finished in eighth place during the series' eighth season and was the first-ever blind Idol finalist.

In a May social media post, Scott and Christina's young son revealed the news that the couple was expecting a baby girl through a fun sex reveal captured on video.

Standing before a blue and pink colored piñata shaped in the form of a question mark, Christian hit the stuffed decorated figure repeatedly. Christina then lent a hand to Christian, hitting the piñata open together, before grabbing and shaking it apart to reveal the pink confetti stuffed inside.

According to Billboard, Scott knew beforehand that he would be welcoming a baby girl into his growing family after Christina's doctor called and told him the baby's sex following his wife's 20-week ultrasound appointment.

"As a blind person, I have to admit, I was really nervous stuffing the piñata with pink confetti, not being able to see if there were any stray pieces stuck to the outside," Scott told the publication. "I think I took that moment more seriously than singing on American Idol!"

Stella's birth comes as a blessing to both Scott and Christina, who were unable to have kids before the Idol contestant's second kidney transplant.

In Oct. 2014, Scott was given just six months until his kidneys would fail after he was diagnosed with kidney failure in his late teens. But eight months later, thanks to an anonymous donor, he underwent a successful transplant.

"When Scott’s kidney donor gave him the gift of life, she also allowed us to create new life," Christina said in a press statement obtained by Billboard. "It’s been an extra special blessing for us to welcome our son, Christian, into the world and now our daughter, Stella."