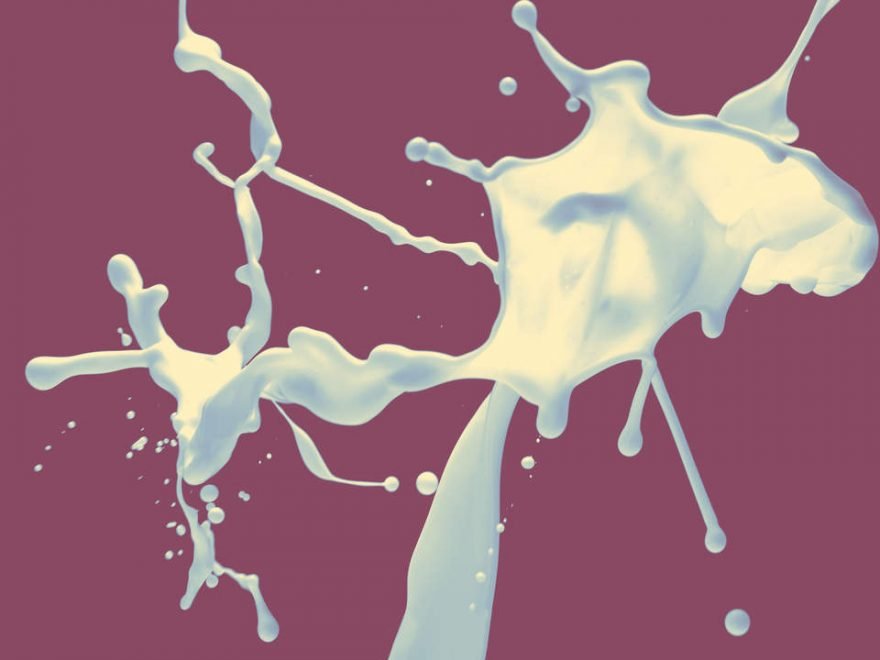 The male body holds many mysteries. Why are guys always scratching their balls? What exactly is a foreskin supposed to do? Why do flaccid penises look so ridiculous?

But the most pressing questions we have concern semen—also known as ejaculate, spunk, and by a host of less printable nicknames. Sure we know it contains sperm, but what else is in there? Why does it look and smell different sometimes, and is it just a myth that it’s great for your skin? To answer these and other questions, we talked to a men’s health specialist, who shared some seriously fascinating facts.

There's more to semen than sperm

Semen and sperm are not the same thing. Sperm are tadpole-shaped, microscopic cells that are part of semen. Their job is to fertilize an egg inside your body, and to get there, they’re carried along by fluid that’s produced by different male sex organs.

“The prostate fluid contains chemicals that make semen more liquid-y so the sperm can swim more freely,” Michael Reitano, MD, physician in residence for the men’s health service Roman, tells Health. “The seminal vesicles [two tubes in the pelvis] provide fructose, a sugar that gives spermatozoa the energy it needs to swim all the way to the female egg.” All together, these components make up semen.

It has actual nutrients

Dr. Reitano says that sperm contains vitamin C, B12, ascorbic acid, calcium, citric acid, fructose, lactic acid, magnesium, zinc, potassium, sodium, fat, and hundreds of different proteins. But don’t quit your daily vitamin just yet. “The quantity of actual nutritional components is tiny,” he says, and most of it is simply water. What about the calorie count? “If the actual nutritional elements are added—meaning all the fats, proteins, and carbohydrates—then a ¾ teaspoonful of semen may provide little more than a few calories of nutrition.”

A lot less comes out than you might think

The average amount of semen released during ejaculation averages between two and five ml, the equivalent of about one teaspoon. But this stuff pack a punch—there are nearly 15 million to 200 million sperm in an average milliliter of semen.

True, men can produce sperm throughout their entire lives. But it isn’t always viable. Dr. Reitano says that according to one study, sperm produced by men over age 52 were more likely to be abnormal than the sperm of younger men. Young guys also produce more sperm per ejaculation. “Semen production is highest in men in their 20s or so, but can decrease slowly starting at any point from that age onward,” he says.

Pre-ejaculate is a different fluid

Precum, or the pre-ejaculate fluid that comes out of a man’s penis when he’s turned on, contains barely any viable sperm. “Most of the evidence leans toward pre-ejaculate containing no sperm, or only very tiny amounts of sperm,” Dr. Reitano says. “What sperm is found [in precum] tends to be poorly formed and immobile. Men are considered infertile if they have too little sperm, so the tiny amounts that may be found in pre-ejaculate are extremely unlikely to result in pregnancy.” (Good to know, but it’s probably wise to make sure the stuff doesn’t get inside you if you really don’t want to get pregnant.)

So what’s the point of precum? It’s nature’s lube, in part. “Pre-ejaculate is a slightly basic secretion released from glands called Cowper glands,” Dr. Reitano says. “The clear secretion protects sperm from the acid environment of the urethra and the vagina, as well as lubrication to some degree.”

It's not supposed to smell bad (or turn yellow)

Stinky semen could be indicative of a larger issue. “Foul-smelling semen can be a sign of an infection, possibly a sexually transmitted infection. STIs may also be at work if the semen takes on a yellow or green color,” says Dr. Reitano. “On occasion, a broken blood vessel in the urethra or prostate can make semen appear brown or reddish.”

What is semen supposed to smell like? “Semen can typically have a slight ammonia or bleach-like odor,” he adds. “Anecdotally, semen can have a slight change in odor or taste with changes in food, meaning eating asparagus may result in a similar change in the odor of semen as noted with urine.”

Sperm can live up to five days inside a woman’s reproductive tract, just waiting for that egg to appear so they can fertilize it and do what nature intends them to do. But outside of the body, semen can’t survive very long. “If ejaculation occurs in a hot tub with chemicals, the sperm can live no more than a few seconds. If it is deposited into a bath of warm water that is approximately 98 degrees, [they] may live for a few minutes,” Dr. Reitano says. “If it is deposited into the air and onto a hard surface, it will live until the semen is dry. The sperm dies when that occurs.”

Semen facials are an actual thing

For whatever reason, semen seems to be the latest trend in skincare. But Dr. Reitano says that while it’s likely safe, it’s probably not going to benefit your skin in any way. “Semen doesn’t have any inherent components that are bad by nature,” says Dr. Reitano. Stick to acne products to clear up those breakouts instead.

You really can be allergic to it

Remember the woman who went into anaphylactic shock after her partner ejaculated in her mouth? Yeah, so do we. Unfortunately, semen allergies are possible. Says Dr. Reitano: “

This is a rare condition but it exists. The allergic reaction is usually localized and causes redness or swelling at the point of contact—usually the vagina.” To be precise, it’s the proteins in semen that trigger the allergic reaction.

“Another way a partner can be allergic to their partner’s semen is if she has an allergy to a particular food or antibiotic, as examples, and the male partner has eaten the food or is taking the antibiotic to which she is allergic,” adds Dr. Reitano. “The allergen accumulates in the male’s semen, and when it is placed in the vagina, the allergen is absorbed into the bloodstream. The female partner may develop widespread hives or worse.” Yikes!

To get our top stories delivered to your inbox, sign up for the Health Hookup newsletter