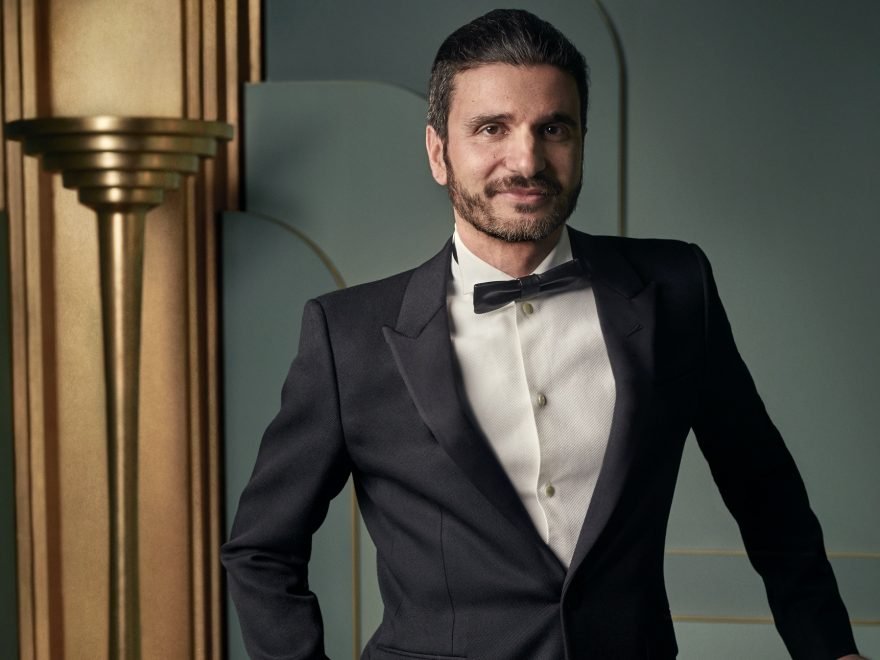 Alexandre Choueiri has been appointed global president of Ralph Lauren Fragrances.
The promotion comes after Choueiri, who has been with L'Oréal since 2000, spent about seven years with the company's International Designer Collections division, where he is currently president of the U.S. business. Before IDC, Choueiri spent time at Lancôme, Helena Rubinstein and Kiehl's.
The Ralph Lauren job elevates Choueiri into a global role. He will remain based in New York, and report to Guillaume de Lesquen, global president of designer brands fragrances, who is based in Paris.
Choueiri, who has spent the past few years building out L'Oréal's designer beauty portfolio, said the Ralph Lauren brand was one of the company's "most beautiful."
"It's a brand that's always been very dear to my heart," Choueiri told WWD in an interview. "I remember when I was a teenager, my first luxury purchase was a polo shirt at the Madeleine store. I still remember how much it cost me because it was several hours of tuition."
Ralph Lauren has multiple fragrance pillars for both men and women, including Polo Blue (and Red), Romance, Woman and the Ralph Lauren Collection. Industry sources estimated that the operation does about $250 million in net sales.
But Choueiri has ambitions to grow it, potentially doubling its size.
"In terms of ambition, it's very high," he said. "We would love to double the business worldwide in the next few years. We feel we have a lot of opportunities to grow, whether in the U.S. or in the rest of the world."
Right now, the Ralph Lauren beauty business consists mostly of fragrance, with some accompanying scented body products. In his new role, which begins June 3, Choueiri will travel to the brand's major markets to devise the expansion plan.
"As we speak, I'm organizing trips to the U.K., Spain, Latin America, Australia — those are very big markets — and potentially Asia, where we're trying to expand the business," he said. The U.S. remains Ralph Lauren Fragrances' biggest market, but Choueiri said there's also a big opportunity in China.
"Fragrances in China are a very promising, growing category in general. China is more of a skin care and then makeup market, but the Chinese customers are actually getting more and more into fragrances and there is huge potential," Choueiri said.
In his role as president of IDC, Choueiri helped L'Oréal expand its position in prestige fragrances, where it is now number one. He also helped the Giorgio Armani beauty brand, which includes makeup and Armani Si, grow by more than $100 million. During Choueiri's tenure, YSL is also said to have grown in the double-digits every year. On the niche side of operations, Choueiri also oversaw the expansion of 2016 acquisition Atelier Cologne, as well as Viktor & Rolf and Maison Margiela Replica, which he launched in the U.S.
Choueiri also helped drive digital innovations in the segment, like data-driven marketing and digitally native launches.
"Under Alexandre's leadership, IDC has become a large and successful organization, with all brands in the portfolio reaching new heights, contributing to L'Oréal Luxe gaining its lead position in the fragrance market. Alexandre's passion for retail has enabled him to build excellent retailer relationships and also be at the forefront of retail innovation with pop up stores," said Xavier Vey, president of L'Oréal Luxe.
L'Oréal is expected to unveil his replacement at IDC in the coming weeks.
Source: Read Full Article