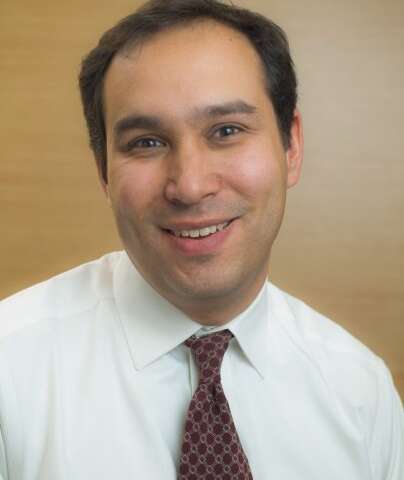 Cancer cells adapt to potentially fatal mutations and other molecular malfunctions by adjusting one or more other genes’ activity, in the process becoming dependent on those genes for their survival and growth. The resulting genetic dependencies may provide targets for developing new precision-guided drugs or other cancer treatment strategies.

Reporting in Nature, researchers led by members of the Cancer Dependency Map (DepMap) project at the Broad Institute of MIT and Harvard and the Dana-Farber Cancer Institute describe one such vulnerability shared by a large subset of colon, gastric, endometrial, and ovarian cancer cell lines. The gene in question, WRN, emerges from this work an attractive new drug development target.

The cell lines with this WRN dependency all harbor a genetic feature called microsatellite instability (MSI). This predisposition to rampant mutation is seen only in cancer cells, and results from the breakdown of one of the cells’ means for repairing damaged DNA (a mechanism called mismatch repair). About 15 percent of colon cancers, 22 percent of gastric cancers, 20 to 30 percent of endometrial cancers, and 12 percent of ovarian cancers diagnosed every year lack mismatch repair and bear the hallmarks of MSI.

“We hope our work will encourage the development of WRN inhibitors for MSI tumors,” said co-senior author and DepMap associate director Francisca Vazquez of the Broad, who, along with co-first authors Edmond Chan of the Broad Cancer Program and Dana-Farber and Tsukasa Shibue of the Broad, and Broad associate member and Dana-Farber gastrointestinal oncologist Adam Bass, led the study.

Doctors can treat approximately half of all cancers with MSI using checkpoint inhibitors (therapies that help the immune system attack tumor cells). Seeking ways to address the remaining half, the research team wondered whether the loss of mismatch repair activity that leads to MSI might promote unique genetic dependencies within tumor cells.

“While there is rightly tremendous enthusiasm for immunotherapy in MSI cancers, these drugs have not fixed the problem,” Bass said. “There is still a real need for new drugs for those who either fail to respond to immunotherapy, develop resistance or have to stop these drugs due to toxicity.”

The team turned to two genome-scale dependency datasets: a CRISPR-Cas9 gene knockout dataset from the DepMap project, and an RNA interference (RNAi) gene silencing set generated by Project DRIVE (an initiative of the Novartis Institute for Biomedical Research). Both datasets had been generated by individually breaking or silencing thousands of genes in cancer cell lines and measuring the resulting effects on cell survival.

Among the 517 cancer cell lines included in DepMap’s dataset and the 383 in DRIVE’s, the team identified 51 classified as MSI, largely representing the four MSI-prone tumor types noted above. Based on their CRISPR and RNAi screens, the team found that 73 percent of the MSI lines were dependent on WRN. By contrast, WRN loss had relatively little effect on non-MSI cancer cell lines.

“This study is an example of how integrating our basic understanding of the cellular processes underlying cancer with new technologies that allow us to systematically inactivate genes in cancer models can lead to the identification of exciting therapeutic hypotheses,” Bass noted.

Bolstering their cell-line findings, the team found that they could also dramatically slow the growth of MSI cancers in mice by silencing WRN’s expression. They also confirmed WRN dependency in a patient-derived organoid model of an MSI colon cancer.

In a complementary paper also published in Nature, a team led by researchers from the Wellcome Sanger Institute in the United Kingdom conducting similar dependency mapping experiments also discovered a strong dependency on WRN in MSI cancer cell lines, further supporting WRN as a promising drug target. A biotechnology company, Ideaya, has also utilized DepMap data to initiate studies on WRN in MSI cancers and has reported data validating the DepMap team’s results.

The potential for targetability

WRN encodes a helicase, an enzyme that helps cells copy or read DNA by unwinding and unzipping the genome’s double helix. Why cancer cells that lose mismatch repair become dependent on WRN is not yet clear. Nor does the loss of mismatch repair alone appear to be enough to cause cancer cells to depend on WRN. When the team reactivated the mechanism in MSI cancer cells, they became less dependent on WRN, but did not lose their dependency completely.

No drugs currently exist that attack WRN’s helicase directly, though it should be an attractive target. Healthy, genetically stable cells are able to withstand its loss quite readily, suggesting that drugs that block the enzyme should predominantly impact cancer cells dependent on WRN and leave normal cells relatively unscathed. And while the inherited loss of WRN can lead to a condition called Werner syndrome, it takes decades for symptoms to appear. This suggests that interfering with WRN on a cancer treatment time scale should be feasible.

In addition, the team noted, the MSI signature (which can be assessed using a test already available in the clinic) could serve as an effective biomarker for tumors that might be vulnerable to such drugs.

“In principle, this WRN dependency should be targetable,” said Vazquez. “Its protein product has enzymatic activity and sites where small molecules could bind. It wouldn’t be trivial to target it, and we need to study whether it is possible to develop inhibitors that would be specific to it and that would leave similar enzymes alone, but it should be possible.

“We’re hopeful that these findings will spark excitement among other academic and drug discovery teams, and that we can help push forward a treatment that will make a difference in patients,” she continued. “And more broadly, these findings

illustrate how a cancer dependency map can help identify therapeutic targets and accelerate the development of precision cancer medicine.”

Mapping the dependencies of cancers is an international effort by the Broad Institute and the Sanger Institute. Researchers aim to bridge the translational gap that exists between genomic sequencing and providing precision medicine to the many cancer patients. Genes that are critical to a cancer’s survival represent dependencies: vulnerabilities that might serve as targets for designing new therapies or repurposing existing ones. Mapping these dependencies is essential to making precision cancer medicine a reality.

At the Broad, the DepMap project brings researchers from the Cancer Program’s Project Achilles and Cancer Data Science teams, the institute’s Genetic Perturbation Platform, and other Broad groups together to systematically identify genetic dependencies across hundreds of cancer cell lines using genome-wide RNAi and CRISPR-based screens. Just in the last 18 months, researchers have used DepMap data to:

“The DepMap has actively developed web portals to enable others to utilize these data pre-publication,” said Bass. “These freely available tools enable those in academic and industrial cancer research to move forward more quickly on findings such as WRN dependence.”